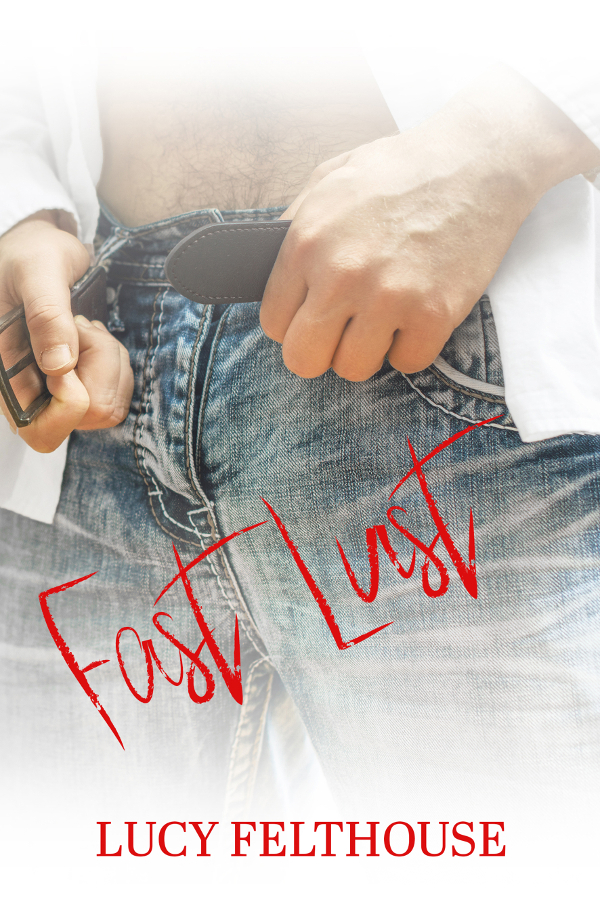 When a straitlaced journalist and a fearless motorcycle racer are thrown into an interview together, will they find any common ground? Or are they destined to clash?

Gloria Heath loves her job as a lifestyle journalist. She also loves the perks—free meals, complimentary spa treatments, behind-the-scenes access and more. So when her boss sends her on an assignment to the British Superbikes tournament at Donington Park, she’s less than impressed. Sports are definitely not her thing, and her brief is to find a rider with an interesting back story and write about their journey. But how is she supposed to do that when she really doesn’t care one way or the other?

When she experiences the atmosphere and the racing, however, she starts to see the attraction. Soon after, she finds the perfect case study for her article. Rafe Donovan is fearless, ambitious, and the underdog of the tournament. He’s also drop dead gorgeous. She eagerly sets out to interview him, but soon discovers the bad boy biker is a tough nut to crack. The more she asks questions, the more he shuts down. Throw some chemistry into the mix and things go from bad to worse. Can she get the material she needs, or is her first foray into sports writing doomed to fail?

Gloria Heath gaped at her boss, Graeme, unsure if she’d heard him correctly. No, no, she couldn’t have heard him correctly, because she thought he’d said he wanted her to go and cover the first round of the British Superbikes at Donington Park. She shook her head and chuckled. He must have said The Great British Bake Off. That sounded similar, didn’t it?

She snapped her focus back to her editor and smiled. “Sorry. I must be going deaf, or mad, because I thought you said you wanted me to cover some motorbike race.”

His expression was stony. “I did,” he replied coolly. “Do you have a problem with that?”

Blinking, she opened her mouth, then closed it again. Narrowing her eyes, she said, “But I’m a lifestyle reporter. I cover—”

“I’m well aware of what you cover, Gloria. I’ve been your boss for three years—don’t you think I’m familiar with what you write by now?” He sighed. “I know it’s not your usual thing, and is way out of your comfort zone, but don’t you think a change would be nice? A bit of a challenge for you?”

Gulping, she replied, “A ch-challenge? Graeme… did I do something wrong?”

He rolled his eyes. “It’s an article, Gloria, not a bloody punishment. No, you didn’t do anything wrong. Your work is exemplary—always has been, and I’m sure it always will be. But I have one of the sports writers off sick, with no one else available to take his place, and not covering the first round of the British Superbikes is tantamount to blasphemy for our motorsport readers.”

A feeling of dread settled in her stomach, making her nauseous. “Do I… have a choice?”

Graeme raised his eyebrows. “I’m an editor, not a dictator. But come on, Gloria, do me a favour here. Like I said, there’s no one else to take his place—you’re the only one with time in your schedule. If I’m not mistaken, the stuff you’re currently working on isn’t time-sensitive. Sunday’s race, however, is.” He leaned forward and put his elbows on the desk, then flashed her a smile. “We’ll even put you up in a nice hotel, right near to the track. One little article, Gloria. You’ll be saving my life. Please.”

Gloria knew when she was beaten. Graeme wouldn’t force her, she knew that, but it was clearly very important to him. And he’d never asked her to do something like this before—he was generally very laid back, and let her get on with writing pretty much whatever she wanted to. So one article out of her comfort zone—albeit way out of her comfort zone—was the least she could do. “All right,” she said resignedly. “I’ll do it, for you. But you have to give me a full briefing on what exactly you’re looking for. The last thing I want is to end up writing something where I’ve taken completely the wrong angle.

“And,” she added, “where the hell is Donington Park, anyway?”

Graeme’s expression turned despairing. “In the Midlands, Gloria. Near Derby and Nottingham. North of Watford Gap.”

“Bloody hell, that’s miles away! Have I got to drive? I’ll need a pool car.”

“Drive, get the train, hell, you can even fly. The circuit’s next door to a bloody airport. I don’t care, as long as you go, all right?”

She folded her arms. “The train will be fine. Though a first class ticket wouldn’t go amiss.”

“And about the briefing…”

“Of course! I wouldn’t send you in there unprepared. Right, you go and carry on with whatever you were doing while I get all the arrangements sorted. Come and see me when you get here tomorrow morning, and we’ll go through everything you need to know.” She nodded and stood up, then turned to leave. “Oh, and Gloria?” She turned back. “Thank you. I really do appreciate it.”

“You’re welcome, boss. Just don’t make a habit of it, all right?” She winked to show she was joking.

Grinning, he waved a hand at her. “Go on, get out. I’ll see you in the morning.”