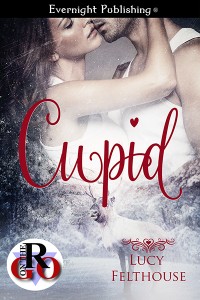 As a postman by day, and one of Santa’s reindeer on a single very special night, Cassius Cupid eats, sleeps, and breathes deliveries. He doesn’t mind, but sometimes wishes that someone would send him something more exciting than bills and junk mail.

One cold January morning, Cassius gets his wish. A young woman arrives with a parcel. Turns out it’s for his housemate – but Cassius doesn’t care. All he’s interested in is Carina – the beautiful female courier.

Has Cupid finally met his match? 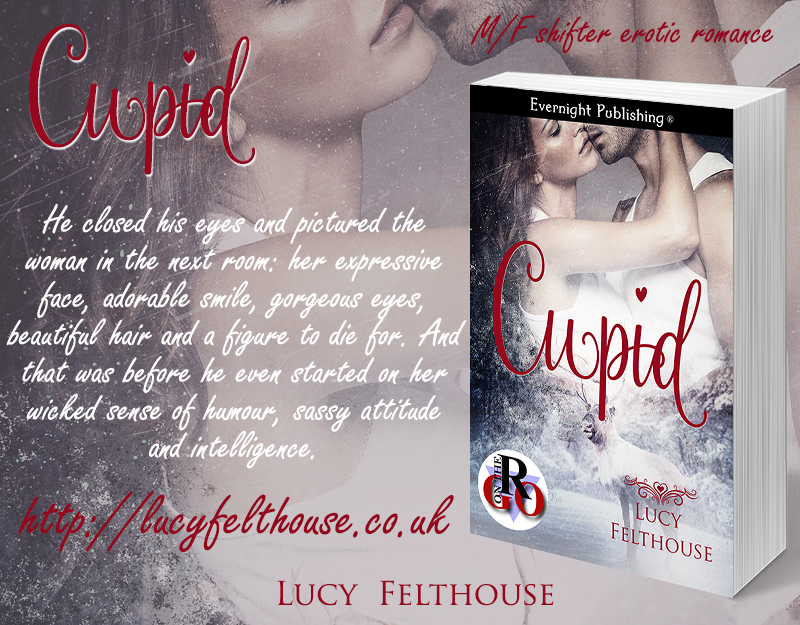 Cassius Cupid woke with a start, and then sat bolt upright in his bed. Shit, I’m going to be late! was his first thought.

Milliseconds later his brain switched on, and he remembered. He was on holiday. Flopping back onto the warm mattress and pillows with a contented sigh, he smiled. No work for fourteen whole days—it was going to be utter bliss. He stretched, relishing the feeling it created in his sleep-softened muscles. Ahhh…this is the life.

He knew he wouldn’t go back to sleep—hell, it was eight o’clock, which was practically the middle of the day for someone in his profession—so Cassius fell to thinking about how he was going to spend his day, not to mention the several others in front of him. God knew he deserved to relax and have some fun. He’d just emerged from the busiest part of his year, and he was more than ready to do some chilling out.

He enjoyed his job as a postman—he really did—but the Christmas period was a total killer. He idly wondered how many cards and presents he’d delivered over the past few weeks. It didn’t bear thinking about. Once you factored in the festive period itself, the weird few days between Christmas and New Year, and then the flurry of mail that got sent when everyone went back to work properly at the beginning of January, he’d racked up some serious deliveries. And that was before you even thought about his other job—which was for just one day a year, but was arguably more important than the other 364 put together.

Cassius—or Cupid, as he was known to his boss and colleagues in his second, but most important job—was not only a regular postman for the Royal Mail, but also a reindeer. For a single day of the year, Cassius had the supernatural power to transform into one of Santa’s faithful steeds and help pull that famous magical sleigh, delivering presents to excited children the world over.

Therefore, it wouldn’t be an exaggeration to say that Cassius really did eat, sleep and breathe deliveries, but not for the next fourteen days. All he planned to do was watch some TV, read some books, maybe go out hiking, meet some friends… basically anything that wasn’t delivering something to someone. Hey, he might even receive something through the post himself—preferably not the usual crap; bills and junk mail. He didn’t hold out much hope.

He lounged in bed for another ten minutes before realising he was lying there just for the sake of it. Being on holiday didn’t have to equal staying in bed all day—and certainly not for someone as active as him. He reached over to his bedside table, grabbed his glasses and put them on. Throwing off his thick duvet, he walked to his bedroom window and peeked out through the curtains, immediately glad of the effective central heating he and his housemate had forked out to have installed the previous year.

The outside world was covered in a thick layer of snow, and Cassius was mightily glad that he wasn’t out delivering letters and parcels. The stuff was treacherous enough without having to carry a heavy bag up and down driveways, paths, and pavements — most of which either hadn’t been cleared, or had been cleared badly, leaving incredibly slippery patches of ground for an unsuspecting postie to come across. God knows he’d gone down enough times, but, much to his relief, nobody had ever seen him do it. He’d always been relatively unharmed—excerpt for his pride, of course—and had been able to scramble back to his feet and carry on.

The eerie silence outside was broken by the rumble of an engine, and Cassius turned his head to look up the street—he lived in a cul-de-sac, so he knew that’s where the vehicle would come from—and watched as a delivery van made its way slowly and carefully down the road. He hoped the driver was sensible enough to try and steer over the thickest parts of the snow—the more people went over and over the same patches, packing it down, the more the road surface resembled an ice rink. And since the cul-de-sac was on a slight hill, it was easy enough to get stuck. He’d seen it so many times—even going outside one time last winter to suggest the driver go down to the bottom of the road, turn around and try reversing up the hill—an almost foolproof plan for vans with rear-wheel drive. He’d gotten a big thumbs-up for that suggestion as the driver finally got to the junction where the road became flat, and went on his merry way.

As the van drew closer to his house, he saw that the driver was a woman. That would explain her cautious driving—he’d never admit it to one of his drinking buddies, but women were far superior when it came to driving in adverse weather conditions. He even thought he’d seen some survey containing statistics that proved it.