It’s my birthday today and I will definitely be indulging in some of my favourite foods and of course a great big slab of birthday cake.  I’ll send you all a slice though your broadband connections. Might be a bit crumbly once it’s been through the wifi though.

I’m a sweetness and light kinda gal. I don’t like to be scared. I know for some people a scary book or movie is a delight, not me. I end up with nightmares for weeks after. So I tend to try and avoid anything past a Dr Who levels of frightening. 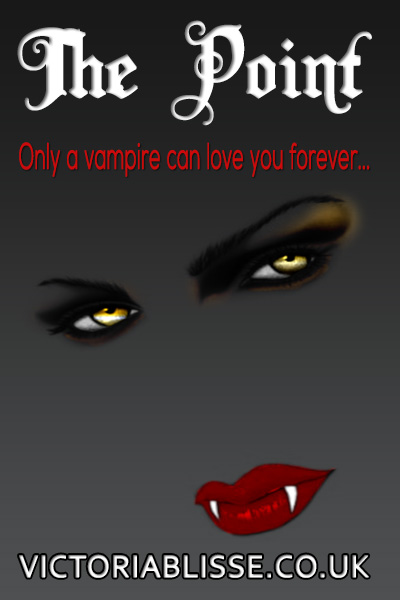 So what am I doing here on a blog hop that celebrates all things spooky and paranormal? Good question. I’m here ‘cos my wonderful mate KD asked me to join in with Things that go Hump in the Night and also to introduce you to my vampires.

Yep, I can imagine you blinking and pulling a confused face after reading that. Yes, I’ve written stories about vampires and vampires are pants wettingly scary. However my vampires will make your knickers damp but in a far more pleasurable way.

My vampires have discovered a night club named The Point and how to count to ten. Let me explain. The founder of the club discovered that if a vampire sucks the blood of a human who is just at the point of climax up to a count of ten then that vamp will be satisfied. No need to kill, just to thrill. The Point facilitates the connection between hungry vampires and willing humans.

Here’s an excerpt from the very first Point Vamp book which illustrates the special Suck and fuck technique. We’re diving right into the action, so hang on it’s going to be a bumpy ride:

He gently undulated his hips. One hand rested on her hip, the other on the back of the sofa, and he moved. She knew he was holding himself back, checking that she wasn’t in pain with her ankle. She wasn’t. All she could feel was the ecstasy of him inside of her.

“Yes, fuck me harder,” she gasped after a few minutes of slow, teasing thrusts. She needed more. She needed to feel the violence and the lust she’d seen in his eyes moments earlier. She wanted more.

“Your wish, my lady, is my command.” He leant over her then, his arms came to rest level with her chest, and she lifter her arms straight over her head to accommodate them. She felt so wanton as her breasts lifted higher in the corset, displaying more of her delicate moons to him. She took great delight in feeling his lips press briefly to one then the other before he started to thrust in earnest.

She yelped and mewled. She wanted to speak, but all sensible thought was knocked from her mind as he fucked her hard. She wrapped her hands around his neck and raked her fingers through his hair. He was rough, and she loved it. Every thrust made her body vibrate and her cunt clench to hold in the pleasure, to squeeze his cock and make him groan and pump harder. 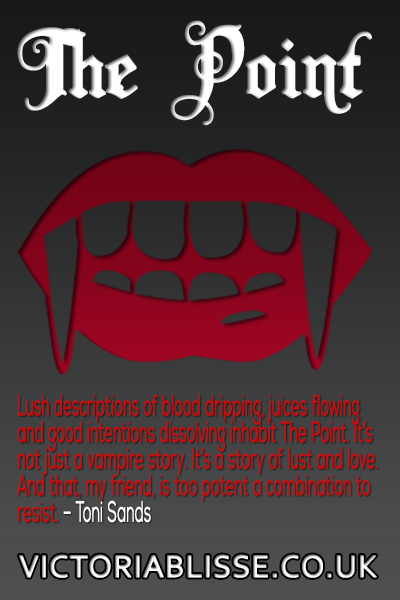 “Elizabeth,” he gasped, and she opened her eyes. He was looking down at her, and their gazes met. His look was hungry. He wanted to devour her, and she felt as if she was his prey. “Elizabeth, I’m losing all control, oh God Elizabeth, I can’t hold back any more.”

He kissed her then. His hips still pumped in a frenzy and his kiss matched his cock in its ferocity. He took her breath away, and his lips slipped down her cheek to her chin and landed on her neck. He started to nip and to nibble, he sucked and he bit. She felt as if her skin had been punctured by fine shards of glass, and as he sucked and he fucked her, she came violently without warning, her juices flowing freely.

In the maelstrom of intensity, she felt Hugh still, his cock pressed deep inside of her as his body shuddered in an echo of her orgasm. It was only then she found the ability to think once more as the sharp, arousing sting at her neck retracted.

“I’m sorry,” he panted, scrabbling away from her. “I got carried away.” He was so filled with lust that, at the height of his ecstasy, he had bitten and sucked her. She was like the finest wine. Her blood was the best he had ever tasted. He had to drag himself away from her. She was so good, it only took a few drops to satiate him, but he still wanted more.

“It’s okay. It’s only a love bite.” She reached up and touched the tender flesh, and Hugh saw surprise register on her face as she discovered blood on her fingertips. “Oh, my skin must be a bit thin,” she said.

Hugh pushed a handkerchief into her hand as he licked his lips and removed all traces of his mistake from them.

“I am sorry, Elizabeth. I shouldn’t have—”

Her eyes glittered with unshed tears, and he felt how unsure she was. He had hurt her, and as he struggled into his trousers, he tried to soothe her.

“It was good for me, Elizabeth. Better than good. I lost control for the first time in a long time. I shouldn’t have.”

“Oh, it’s okay. There are worse things than a little bite given at the height of passion. I should be able to hide it okay. I don’t mind at all, really.”

He sighed. She didn’t understand and wouldn’t unless he explained, and he didn’t want to do that. He just smiled.

“Well, if you say so, my lady. I will stop apologising now. I’ll get you some blankets. You will have to sleep there, I think. I don’t think you’ll be able to get upstairs, but it’s late and you should sleep.” He shrugged on his jacket.

He could see the disappointment in her eyes. He knew it sounded as if he were giving her the brush off, but what else could he do. If they had sex again, he might just rip out her jugular whilst at the height of passion. He could not let that happen.

Phew. Hot right? Here’s the blurb incase you’re interested in picking up The Point for yourself: 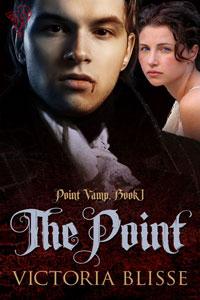 Pick up The Point  or check out all the books in the Point Vamp Series including  First Time Fang Bang an award winning short story you read for free!

Victoria is also one of the brains behind the fabulous Smut events, days dedicated to erotica, fun and prizes. Check out http://smutters.co.uk  for more details.

She is equally at home behind a laptop or a cooker and she loves to create stories, poems, cakes and biscuits that make people happy. She was born near Manchester, England and her northern English quirkiness shows through in all of her stories.

Passion, love and laughter fill her works, just as they fill her busy life.

Instalment 16 of DEMON INTERRUPTED: A Lakeland Witches Story → ← When Darkness Comes Out To Play by Lisabet Sarai