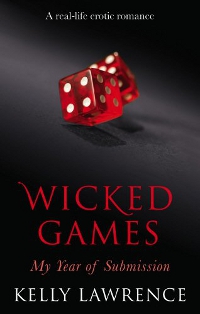 Think about where and when you can add sensory detail to create an evocative picture. Let yourself be immersed in the memories as you write.

Read over it a few days later and see how you feel and if there are any parts you would change. 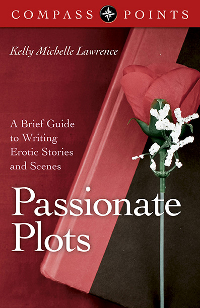 When it comes to writing memoir, it’s a very different process. As the writer you’re constrained to a certain degree by the facts as you see them, and this leads to a spiralling inwards rather than a creative leap – digging down right into your own dreams and memories and feelings. Although I found writing my memoir ‘Wicked Games’ a cathartic process, it was also an unsettling one that left me feeling vulnerable. There’s no hiding behind your characters when you are in fact the character! It’s tempting to gloss over the most revealing parts, but that often takes away from the intensity of the scene.

Erotica as a genre is so enduring because all of us to some degree like stories and like sex. Put them together and you’re onto a winner. Erotic memoir, as distinct from its fictional counterpart, is I believe so popular because it gives us the forbidden feeling of delving into someone else’s most personal thoughts and deeds. It’s almost an act of voyeurism, and that’s partly what makes it so hot for the reader and sometimes unsettling for the writer; it’s like inviting the world into your bedroom. Of course as the writer you can pick and choose what to include, but leave too much out and it will feel inauthentic to the reader. Include everything, and you feel as though you’re walking around naked.

Often when writing ‘Wicked Games’ I struggled with including particular scenes that left me feeling raw, yet I knew would be brilliant for the book. More often than not I included them, and I think that feeling of being exposed made the writing better. I do wish my friends wouldn’t insist on reading parts of the book aloud when we’re in a public place however!

Of course there’s the option to ‘fictionalise’ a real encounter; I recently published a piece of ‘flash fiction’ that was originally a journal entry, and very real, but with longer pieces this can mean losing out on two counts. The writing lacks the appeal of being a memoir, but is more constrained than fiction. My advice to anyone considering memoir is just do it, but consider leaving the country afterwards.

Having said that, I’ve found that if you tell people you write erotica, no matter how fictional your work, they will still assume you have indeed had all the experiences you write about. So I would just like to take this chance to state; the scene in the sex club with a pack of shape shifters? Most definitely fiction. Mostly….

From the Back Cover

‘I unwrapped his gift with shaky fingers. A pink and black silk blindfold. It was deceptively pretty and harmless looking. A bit like Alex.’

When Kelly meets Alex, she has little idea of the sexual revolution about to take place in her ordinary world. For Alex isn’t like other men. He likes to play games – wicked games – and he wants Kelly as his playmate…

Dare she submit to him – and to her own deepest, darkest desires?

In Wicked Games, every word is true. You’ve read the fiction – now find out how it really feels to surrender to the one you love…

Then he reached for the butterfly clamps that I only now realised were on his desk. Of course, before he had ordered me in here all but naked he would have known how he wanted to play it. I licked my suddenly dry lips as I saw the clamps in his hands. I had wondered when they were going to make an appearance. Lately his nipple play had been getting rougher and more prolonged, as if in readiness for more brutal treatment. He would twist and pinch until my breasts ached. I had such sensitive nipples they practically had a direct line to my clit, so I guessed he had been building me up to the clamps.

‘This won’t hurt, but they will pinch a little. It’s when you take them off that they will really throb, but,’ he paused to suck a thumb and forefinger and then teased one nipple with them until it stood to stiff attention, ‘by that point, you’ll love it.’

I hoped he was right, wincing as he fastened the clamp over me. After the initial pinch it wasn’t too bad, and my arousal increased as he carefully applied the second.

‘Gorgeous.’ He admired his handiwork. ‘And now, you may suck my cock.’

I bent my head to take him into my mouth, swirling my tongue around his glans to lubricate it before sucking it vigorously, then slowly sliding down the length of his shaft. As I did so he tugged and twisted on the clamps, pulling my breasts up and sending shocks of pleasure through my nipples and down to my now-throbbing clit. As I sucked him harder he pulled harder, so that I moaned around his cock.

Abruptly he stood up, taking me by surprise.

‘Stand up and turn around. Bend over the desk with your palms flat on it. Yes, like that.’

He kicked my legs wider apart with his foot as I bent over just enough to support my weight on my outstretched hands, the stiletto boots putting me at just the right height. He reached around to my breasts with one hand, pulling at each of the clamps in turn as he eased his cock into me, his girth making me gasp. He began to move inside me, slow and rhythmic, teasing at my nipples. It was an exquisite torture that made me desperate for more, but every time I tried to push my ass into him, hungry for him, he only slowed down, making me grip the desk with my fingers in frustration. I was desperate to touch myself, but knew I would only be reprimanded and that he might even stop altogether, so I tried to hold myself still, the sensations building in me as he played my body expertly. I was so wet around him I could feel my juices soaking my thighs, and a high whimpering sound came unbidden from my mouth.

He pounded into me then with a stroke that all but had me sprawling over the desk, stopped only by his hand in front giving a now-truly-vicious twist to my aching breasts. He fucked me hard and fast for a while, his hands at my breasts mimicking his rhythm, and I drowned in the pain then pleasure then pain then pleasure that warred for supremacy within me until they merged into one and I was no longer aware of the difference between them.

He stopped, pulling me up and round and on top of him so that I was straddling him on his chair, and paused for a moment to remove the clamps, tossing them to one side. As promised my nipples began to throb immediately and with an intensity that made me gasp. He took my breasts in his hands, pushing them together and sucking hard on my already tortured nipples. I rode him frantically, my orgasm taking me over completely, his mouth sending shockwave after shockwave through me, drawing my orgasm out as if he were wringing every last drop out of me. Only when I collapsed on top of him, panting, did he release my breasts, guiding me back on to my knees in front of him to finish as we had begun.

I can, without hesitation, thoroughly recommend nip­ple clamps.

Kelly has been writing since she was able to pick up a pen and wrote her first novel, an historical romance about Anne Boleyn, at the tender age of twelve; it consists of 200 notebook pages tied together with string and still takes pride of place in her grandmothers’ display cabinet. She was married at eighteen and divorced at twenty-one, and graduated with first class honours from Warwick University in the meantime. After seven years as a literacy teacher she now writes full time. ‘Wicked Games’ is her first book, a true-life erotic memoir that she hopes will scandalise the locals in the beautiful village she now lives in, in the heart of the Derbyshire Dales. She lives with her wonderful and long-suffering partner and has recently become a practicing Buddhist.