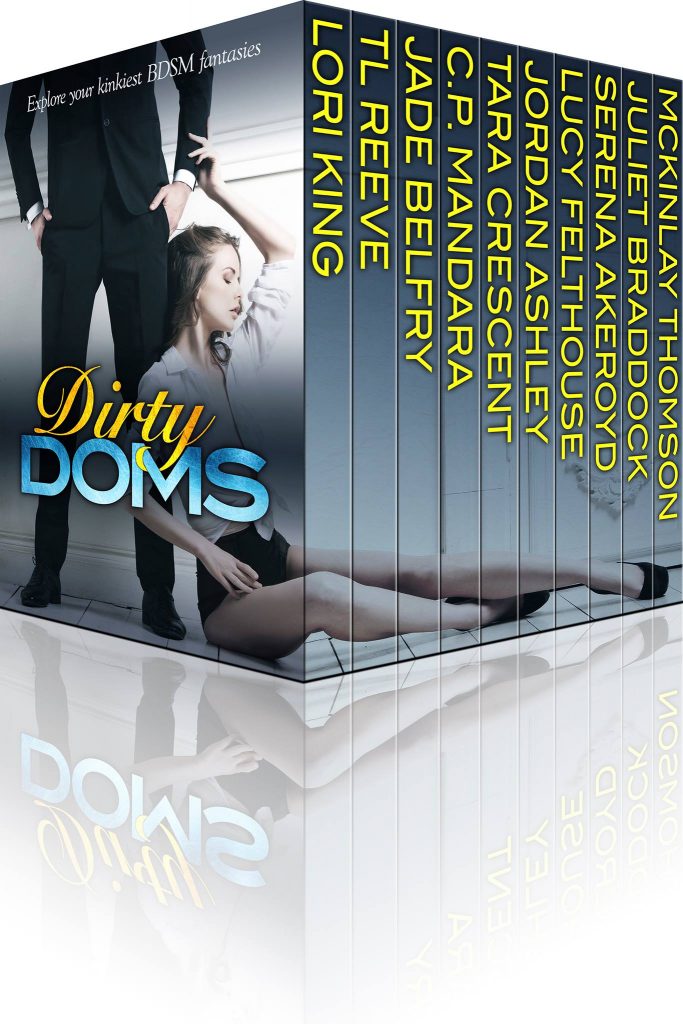 (Corporal Punishment) The Beauty and the Badass by: Lucy Felthouse

(Bondage) Binding Her To Him by: TL Reeve

(Medical Play) Electric by: C.P. Mandara
Spice up your night and indulge your kinks…

(universal Amazon link—will take you to your home store)

Rachel Morgan lives every woman’s fantasy with her four cowboy husbands. Each man exemplifies something she’s always wanted in a man, and they treat her like a queen. As they approach their five year wedding anniversary, the guys have asked her what she’d like to do to celebrate, but she’s nervous about telling them the truth. It’s insane to want to be chased again, right?

This is a capture fantasy and explores a man hunting down his woman and ravishing her.

The Beauty and the Badass

From the moment Alexei Miles sets eyes on the kickboxing instructor at his new gym, he’s enthralled. She’s strong and sexy, and he senses something in her that speaks to his deepest desires. Bored of meaningless one-night stands, Alexei vows to find out more about the beautiful badass. He hopes his senses are correct—that her desires will match his own, and that his period of unsatisfying sexual encounters is over.

Zoe Harrison notices the new guy as soon as he walks into the gym—difficult not to, really, given he’s a six-feet-plus gorgeous Viking. As well as being attractive, he awakens something deep inside that she’d almost forgotten about. Men that can handle Zoe’s busy lifestyle are few and far between. Add to that her very specific sexual appetites and it’s little wonder she’s been single for so long. Is the Viking about to change all that?

Meg’s love life was missing a spark until she discovered her need to be dominated. When her fiancé shared the same kink, she thought all her birthdays had come at once, and then she came to learn their relationship was one big fat lie.

Gabe has loved Meg for years, watching her from afar, and always wishing he’d been the one to date her first and not his brother. When he has the chance to have Meg in his bed—even better, tied to it—it’s an opportunity he can’t refuse.

Can Gabe make Meg realize she’s the one woman he’s always wanted? But once secrets and lies have wormed their way into a relationship, is it impossible to establish the firm base of trust needed between lovers, and more importantly, between sub and Sir…?

Elisa is a shy, quiet, bookish woman with one huge problem. She has a crush on the hot Dom living next door and he doesn’t even know she exists.

Alex knows his curvy little neighbor watches him over the fence. He would like nothing more than to bang on her door, drag her back to his place, and show her he has just the right toys to keep them both satisfied well into the night.

When Alex and Elisa finally come together could a threat from his past derail their budding romance or will their desire continue to sizzle.

After escaping an abusive relationship with her dominant, Fiona Clarke swore off submission for life. But when the private investigator is hired to solve a case of blackmail at the secretive Club Ménage, she finds that she hasn’t managed to leave her past behind.

Adrian Lockart and Brody Payne protected Fiona from her dominant, until the day they disappeared from her life without a trace. When they reunite at Club Ménage, can they convince Fiona to trust them again, and can they protect her from the danger that surrounds them on all sides?

Binding Her To Him

Kennedy Le Roche, is on a mission.

Phoenix Dupree, is a police consultant by day and a Dominant by night.

When the police chief shares a case of utmost importance with him, he takes it. What he isn’t expecting is the identity of his submissive for the night, Kennedy Le Roche.

Feelings long since dormant resurface. Can Kennedy and Phoenix work together or will old wound prove to be too deep?

This is a bondage/restraint story and of lost love.

Will this cold attorney allow the flames of passion to melt her heart of stone? Kaise didn’t want love and certainly didn’t have time for sex. That is, until she loses a major case and her trusted assistant all on the same day. Feeling sorry for herself and fortified by drink, she dials a secret number given to her by a friend. Things heat up when the call connects and she reaches an ultra-exclusive team of sexual trainers that are about to show her everything she never knew that she’s been missing. Including perhaps the old flame she’s never forgotten.

Professor Justin Langford is on a mission to teach his star student Sloane Bradford a few lessons in her deepest, dirtiest fantasies. However, the last thing he needs is another college girl.

After a miscommunication separates them, fate reunites the reluctant lovers.

From swing sets to sex shops, Justin challenges Sloane to embrace a life filled with sippy-cups and spankings. Sloane has much to learn if she’s still intent on being his prized pupil.

Will Justin manage to control her rising brat enough to transform Sloane into Daddy’s Little Girl?

This story contains elements of age play and Daddy-Daughter roleplay.

Heather Ross vowed after a decade of being controlled by her husband that she would never trust her heart with someone again. That is until her best friend moves in to help her through being a single mom. His gentle, playful nature made her remember what she always wanted in a man, waking desires she thought long buried deep in her soul.

Jack Stevens never imagined that moving in with Heather every fantasy and dream he’d concocted to get him through lonely nights would come true. The day Heather confessed her desire for him Jack swore he would use every tool in his arsenal learned as a Dom to help her trust him completely even with his own lingering skeletons.

Can Heather learn to trust Jack when she has been deprived of her true desires for too long?

Grab your tissues and learn to trust again with passionate sensory play.

“I am going to break you. That’s the whole purpose of this exercise. From the moment the door inside that room closes, I am not going to be Mr. Nice Guy. I am going to do everything in my power to hear you scream, and I won’t stop until I hear you beg for mercy. Do you wish to proceed on that basis?”

Today my name is Lois Reeves. I have an appointment with dominant “James Leverett” this morning, because my next assignment requires that I be a “submissive” and I have no idea what that entails. I’m about to find out… by jumping in at the deep end. 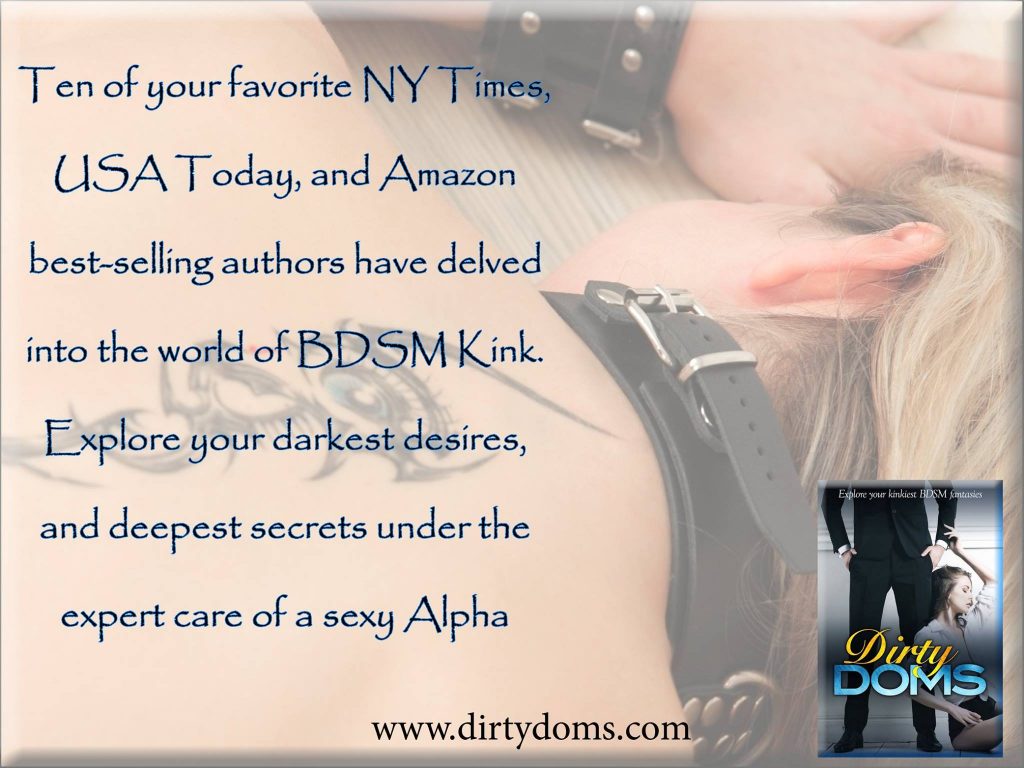 (universal Amazon link—will take you to your home store)

A View From Above: Lakeland Keeps on Inspiring → ← Thirty Days: The Complete Series by Bibi Paterson
© 2018 K D Grace