Gale Stanley Gives Us the Story Behind Her Hot New Release, ‘One Night In Bangkok’

For the second installment of ‘The Story Behind the Story,’ I’m very excited to welcome the amazing Gale Stanley to Hopeful Romantic to tell us what inspired her fab new novel, One Night In Bangkok. While she’s here, Gale is giving  away a free copy to one lucky commenter.  Welcome, Gale! It’s a pleasure to have you. Can’t wait to hear more about One Night in Bangkok.

When KD told me she was planning a series of post from authors talking about the idea behind the book, I thought wow, what a great idea! Then I sat down and tried to remember where some of my ideas came from and it wasn’t all that easy. 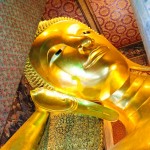 Sometimes a light bulb goes off when I read something in the newspaper or a magazine and I run with it. Sometimes it’s just an idea for a scene and the story grows as I write.

But I can actually trace the idea for my new release, One Night in Bangkok, back to the eighties. It all started with the theater production of Chess, a musical about a romantic triangle. Two top players, an American and a Russian are in an international chess championship. The woman, who manages one, falls in love with the other.
Part of the setting is in Bangkok, Thailand. First, let me say, I never actually saw the show, it ran in England for a few years, but it only lasted a few months on Broadway. But I do own the soundtrack and I’ve played it hundreds of times. 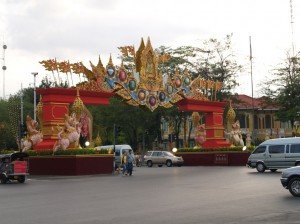 Now jump to 2010. A good friend traveled to Thailand and loved it. Green with envy, I looked at her photos, and started getting an idea for a MM romance in the exotic setting. I went home, and started writing–and doing lots of research. Of course, I played the soundtrack, which helped put me in the mood. The more I read, the more I fell in love. Bangkok is a city of contrasts. You can visit temples where monks are meditating, or take a water taxi and admire the coconut plantations. You can get lost in the largest outdoor market in the world or shop in air-conditioned comfort in the city. Bangkok is hot, and chaotic, but it’s also a magical place. I just saw the movie, Hangover II, which filmed in Bangkok, and I’m more determined than ever to get my butt out of the armchair and stop being a virtual traveler. And when I come back, maybe I’ll write a sequel. 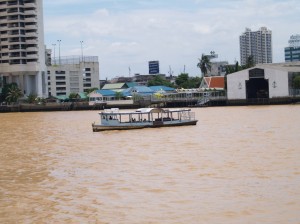 One Night in Bangkok
Bangkok is a hedonist’s paradise and sex is big business, but Philadelphia lawyer, David Elliot isn’t interested in the sinful pleasures Bangkok has to offer. His only concerns are real estate and conglomerates. His personal life might be shit but his professional life is on track and that’s all he cares about. On his first night in town he spots a young Thai man in the hotel bar and there’s an immediate connection between them. Kai brings a joie de vivre into David’s life that’s long been missing, but after a few blissful weeks Kai disappears. David is hurt, but he knows it was never meant to be anything more than a pleasant diversion. He returns to the states but he can’t help feeling he’s left something very important behind.

Kai was rescued from a life on the streets only to become a virtual sex slave to a wealthy expatriate who deals in sex and drugs. When Rick finds out Kai has been seeing David he locks him in the house. Kai is in love with David but resigned to a life with Rick. There was never a future for him and the American, and knowing what Rick is capable of, he fears for David’s life. 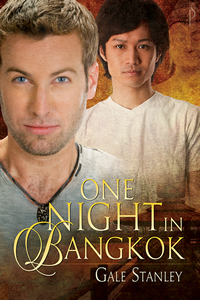 The office door opened and David Elliot looked up with a frown, ready to chew out the intruder who’d managed to get past his secretary. His scowl disappeared when Bernard Markham walked in. Mr Perfect from his artfully cut hair to his designer shoes, the head of the Markham & Dunn LLP international law firm, exuded class. Worldly, wealthy, and all mine. How did I get lucky enough to snag the boss? David flashed his biggest, sexiest smile.
Bernie didn’t return it. He looked down his perfect aquiline nose, a well-executed rhinoplasty, in that way of his that imparted you were a lesser mortal.
Uh oh. What did I forget? David ran through every detail in his head and couldn’t come up with a damned thing. Ever since he found out he’d be going back to Bangkok to negotiate the acquisition of commercial real estate for Bernie, he’d worked long hours trying to tie up any loose ends. Reviewing documents and preparing contracts was tedious, time-consuming grunt work, usually relegated to junior attorneys, but David insisted on personally reviewing his own documents. He’d already gone through most of his files, and this was the last of it. Every problem had been anticipated, and his clients would be left in good hands while he was away.
The lower lid of Bernie’s left eye twitched, a sure sign he was stressed, and right then David knew this wasn’t about business. A cold knot settled in his stomach.
“We need to talk,” Bernie announced.
“Have a seat.”
“I’d rather stand.”
This was bad. David knew all Bernie’s shtick and looking down at someone was his way of taking charge, lecturing more than conversing.
“We need some time apart.”
The words came straight out of left field, totally unexpected. They hadn’t slept together in the past week, David’s fault really, but his lover hadn’t complained. They both believed in business before pleasure. “I know I’ve been distant lately, but we can fix this.”
“It’s not that.” Bernie shook his head impatiently. “It’s me.”
Fuck! He’d heard that before. It’s not you, it’s me. The worst kiss-off ever, and a low blow to bring their personal affairs into the office. David got to his feet. If this was personal, he wasn’t about to let Bernie talk down to him. “Is there someone else?”
“No, nothing like that. I just think we need a little breather. Too much time together will kill a relationship. We don’t live together, but I feel like we do. This past week, when you slept at your own place, I started to realize how much I needed some breathing room.”
“You’re bored.” David couldn’t keep the injured tone out of his voice.
“No. Yes.” He admitted. “A break will be good for both of us.”
“Don’t tell me what I need or want.” David raised his voice for the first time. “Your timing sucks. I leave for Bangkok tomorrow. We don’t even have time to sit down and talk this out.”
“Why keep rehashing it?” Bernie threw his hands in the air. “Go to Bangkok, take care of my business like you always do, and take some time for yourself. You’ll be in Sin City! Enjoy it on me; you have an unlimited expense account.” He turned away.
So the timing of this trip was intentional. Bernie hated messy scenes and this was his way of avoiding an awkward situation. He didn’t want him anymore, but didn’t have the guts to finalize it. “And what will you be enjoying while I’m gone?” David asked acidly.
Bernie walked out and didn’t answer him.

One Night in Bangkok is now available from Silver Publishing
http://silverpublishing.info/index/book_authors_id/48/typefilter/book_authors

Has a trip ever turned out to be a new beginning for you? Have you ever travelled somewhere and came home with a totally different outlook, perhaps even your world view changes by someone or something? Tell us about it or comment, and you may win a free copy of Gale’s fabulously hot novel, One Night In Bangkok

You can find Gale Stanley at:

11 Responses to “Gale Stanley Gives Us the Story Behind Her Hot New Release, ‘One Night In Bangkok’”