I read a great quote from someone on facebook the other day. I can’t remember who it was, so sorry if it was you and I haven’t named you! This particular quote was something along the lines of, ‘Just because I write about it, doesn’t mean I’ve done it … But it doesn’t mean I haven’t done it either.’ I loved the cheeky allure of this quote, and I had to smile when I read it. After all, I’ve lost times of the number of times I’ve been asked this very same question! 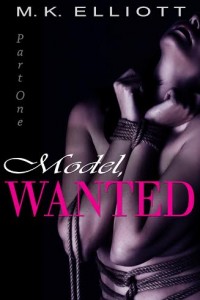 So where does an erotica author get his or her inspiration? Even authors who don’t live a more exotic lifestyle, such as being in a BDSM relationship, or working in the sex industry, can take inspiration from real life. Life for me is far from exciting. I’m a married mother of three small children, so I have to get my inspiration from the more ‘normal’ things in life. This isn’t a problem, of course, because inspiration can come from all the influences in our lives. My latest novel, ‘Survivor’, which I hope to have out later this year, was partly influenced by my husband’s love of survivalist shows. The only reason I happily watch these shows with him is because of the (usually) hot, half naked man who spends an hour fighting his way through the jungle; the very epitome of an alpha male. On one particular show, they brought a female celebrity along, and I thought to myself ‘I bet she’s only gone on this show so she can spend a week up close and personal with him.’ And so my novel was born. I started writing it that very same night!

And so my serial, ‘Model, Wanted,’ came into creation. There are now four parts to the serial, with the fourth part just released, and part one free across most retailers!

So how about you? Are there any particular moments in life that have inspired a short story or a novel, or, if you’re a reader, moments that have happened that you wish could have inspired a story? If so I’d love to hear about them! And if you’d like you check out ‘Model, Wanted: Part One’ for free, you can do so by clicking on the following links!

Eric cleared his throat and forced himself to his feet. His job was to photograph her like this, not imagine how she would taste as he pushed his tongue inside her cunt.

He adjusted the lighting hanging from the rail on the ceiling and then picked up his camera. He started with shots of her face, one cheek crushed against the white paper-covered floor, her eyes wide and innocent, portraying her vulnerability. Such contrast to the pose she was in. He moved to her back and hands, taking shots of the metal bound around her slender wrists.

Finally, he moved the camera to aim between her thighs, at the way her spread position exposed her pussy and ass to him in all of their perfection.

“Are you going to fuck me like this?” she asked out of the blue.

He lowered the camera in shock. “That isn’t what this is about.”

She twisted her neck as best she could and locked eyes with him. “What about if that’s what I want this to be about?”

But he didn’t know what he was going to say. Surely he didn’t intend on telling her no? The position she was in, with her cheek pressed against the floor, her ankles forced apart, her perfect heart-shaped bottom pushed into the air, was just ripe for fucking hard. Between her slender thighs, the swollen lips of her vulva peeped out. He didn’t think he imagined the sheen on her pussy or the inside of her thighs.

His balls ached and his cock lengthened in his pants. Her gaze shifted, resting on the increasingly obvious bulge in his crotch.

“But I want to be that kind of girl,” she said. She spread her ankles wider, pulling the small chains between the spreader bar taut. The metal clinked in response. The position widened her stance, her thighs even more spread than before, exposing the star of her asshole and the delicate inner folds of her pussy.

Fuck it. He might want to be a professional when it came to his photography, but he was still a man.

With one swift move, he undid his belt and whipped it from the loops of his pants. He took her bottom between his hands and lowered his face to her wet slit like a man starving. The scent of her juices filled his senses, a musky but sweet perfume. He buried his tongue between her folds, seeking her waiting hole. Hardening his tongue, he slipped inside her easily, her arousal and juices opening her up to him. Her cream covered his mouth, moistening his chin, and he moved in and out, feeling her inner muscles tighten and contract around his tongue.

Anya writhed and moaned beneath his attention, but he wasn’t going to let her come yet.

Eric knelt up behind her, admiring the view. He’d never had someone so submissive to him before, allowing him to do such things to her without any trepidation at the possibility that he might hurt her in some way. He knew she trusted him implicitly.

He took the rock-hard length of his cock in one hand and gave it a couple of strokes. The head was purple and bulbous, the length ridged with veins standing out beneath the silky skin. His balls throbbed with a heavy ache and he longed to bury himself in her silken heat. It was what he’d been dreaming of doing from the moment she’d first walked into his apartment.

With her head twisted so she could watch him, her cheek pressed against the floor, her gaze locked on his face, he slowly ran the head of his cock along the opening of her cunt. He groaned at the heat of her, smearing himself with a mixture of his saliva and her desire. Then he grasped her bottom, one cheek in each hand, and thrust himself deep.

Meet Eric Rutherford, bad boy of the photographic world, guaranteed to bring his models to their knees.

At the top of his game, Eric creates images for five star hotels and portraits for wealthy families.

So his search for his perfect model begins and when an advert brings the beautiful, blonde Anya into his apartment, his one fear is that she’ll say no.

If you would like to know more about M.K. then please visit her Facebook Page https://www.facebook.com/M.K.Elliotts.Erotica or blog http://mkelliott.wordpress.com/. You can also stalk her on twitter, http://twitter.com/M_K_Elliott .