As a writer, I can’t read a book without analysing why it worked for me or why it didn’t. A lot of times I’m lucky to get through the first chapter before I’m too bored to go on. While it’s quite likely that I have a short attention span, it’s more likely that I’m jaded from a lot of years of experiencing the craft side of writing fiction, which has made me a harsh critic of my own work, as well as everyone else’s. I’m still analysing what it was about E.L. James’s Fifty Shades of Grey that not only kept me reading to the end, but had me gripped. In the light of the volatile responses to the book, I say that with all shields raised.

We all have baggage, no matter how perfect our upbringing, no matter how idyllic our childhood. Baggage is just a part of the human condition – you’re born, you get baggage while growing up, then you take your baggage into a relationship with someone who has his own baggage. Voila! Twice the baggage, twice the fun – at least from a story-telling point of view. Story is conflict. No conflict, no story. There’s a reason why the happy ending only happens at the end. Most readers love a happy ending, and though they may fantasise about what happens AFTER the happy ending, no one wants to read about the endless tedium of happiness (though lovely to live, boring to read.)

When there are sparks between two people and the chemistry for a little romance is there, the friction needed to create a fire comes in part from the baggage. Every one of us carries all the baggage of Western culture, religion and pop culture, along with the baggage our parents unwittingly saddle us with, into our relationships, into our bedrooms. There’s bound to be an explosion waiting to happen, or a seething cauldron of repression, or a nasty combination of the two.

While the bedroom is the biggest baggage dump in a couple’s relationship, it’s also the very best place for healing. Sex as healing is very much 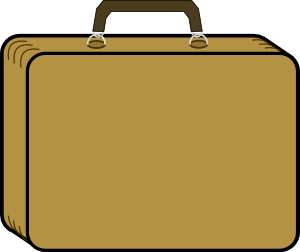 underrated, in my opinion, and in that respect, E.L. James seemed to know just what the doctor ordered.

Anyone who follows my blog or reads one of my novels knows that I’m a firm believer in sex as a way to heal what ails us. With the release of my first Lakeland Heatwave novel, Body Temperature and Rising, I’ve created a world in which sex is not only healing, but it’s the driving force behind the magic practiced by my witches. I was asked in a recent interview by someone who had read BTR if I really believed in sex magic, and my reply was that it’s the only kind of magic I really do believe in. So here is the magic formula that works for me, the formula that will keep me reading: Two (or more) characters attracted to each other + baggage +complications of everyday life = explosions and seething cauldrons. Add sex liberally at all the right places and the result is Happy ending.

Bring on the baggage!

Psst! Have You Read That Filthy Book, by Lily Harlem and Natalie Dae? → ← The Story Behind Kay Jaybee’s Sexy Novella, Not Her Type

5 Responses to “Fifty Shades of Baggage”