Caris is giving away A Red Wire-Wrapped PNR Bracelet (International Winner Receives Gift Card) and A $25 Amazon Gift Card to randomly drawn winners via rafflecopter during the tour. Please use the RaffleCopter below to enter. Remember you may increase your chances of winning by visiting the other tour stops. You may find those locations here. 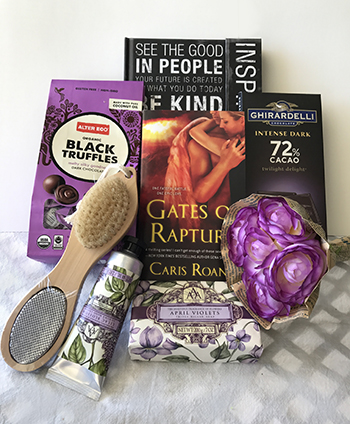 Just leave a comment for a chance to win!

Caris Roane here and I’m so glad you’re touring with me. As a bonus, I’m giving away a Reader Care Package to one lucky winner just for leaving a comment on any or all of the blogs on my tour. What’s in the Reader Care Package: Truffles, Ghiradelli Chocolate, print copy of GATES OF RAPTURE, scented lotion and soap, a journal and other goodies! Be sure to visit as many blogs on my tour as you can. The more blogs you comment on, the greater your chances of winning. The Reader Care Package is US only, but an international winner will receive a gift card. How I choose the winner: I will choose the winning blog then choose the winning comment sometime after midnight, October 5th, Arizona time. I will use Random dot org to make the selection. Good luck! 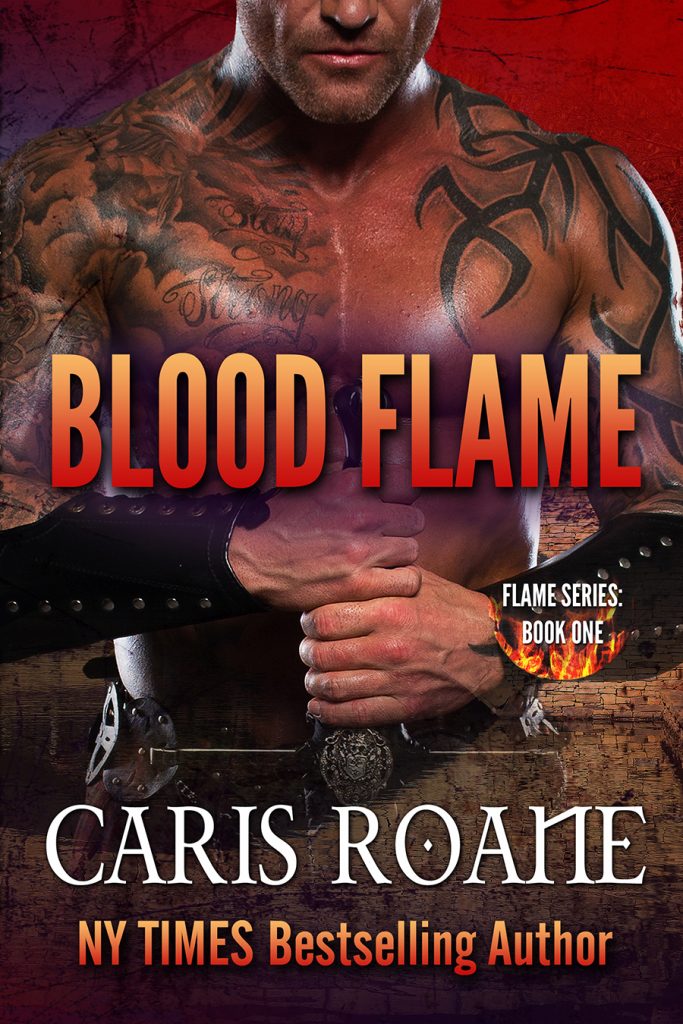 Vampire Officer Connor of the Crescent Border Patrol tries to suppress his desire for the powerful witch, Iris Meldeere.
Because the woman possesses the ability to kill him with the tips of her fingers, how can he possibly fall in love with her? When a double homicide throws them together, he soon finds his deepest fantasies fulfilled as Iris succumbs to his seductions. But as they battle together to stay alive, and love begins to consume them both, will the witch be able to forgive the dark secrets of his past … 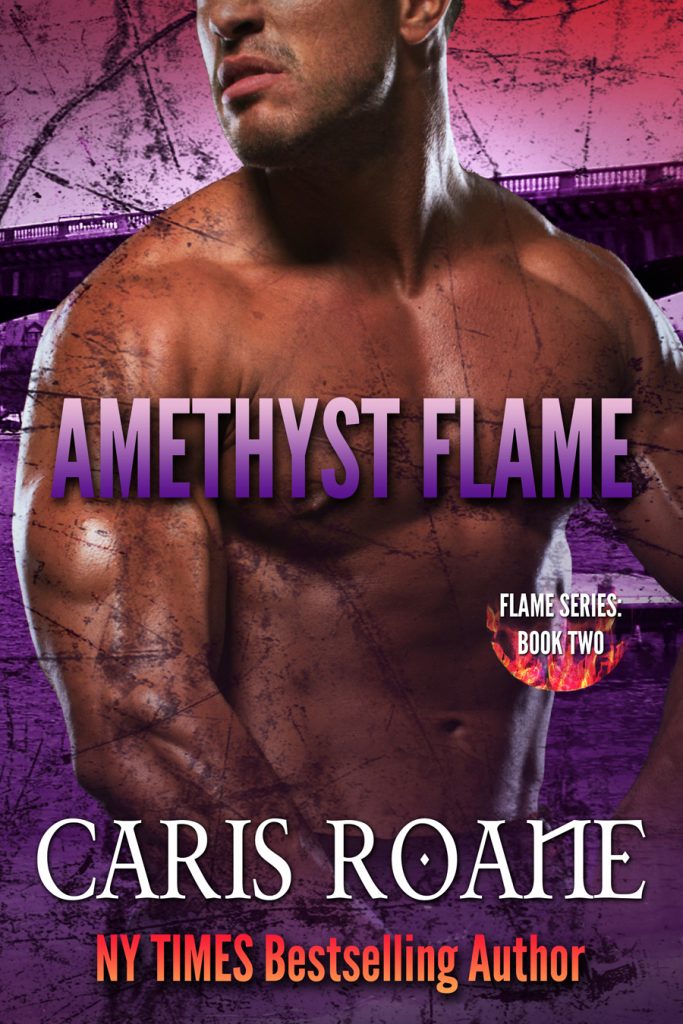 Hunky Nathan Vaughn, six-six, and one muscled vampire warrior, has had a lot of trouble in his life and needs a good woman to help even things out. Vaughn and Emma met once in the past, the night they rescued three teenage girls from a kidnapping ring. But a vampire and a witch can’t have a relationship in Five Bridges. So, they parted, determined never to see each other again. Emma was desolate, then the phone rang. Vaughn called and kept calling and she kept answering. But the rescue they shared turned out to piss off one very bad wizard who decided they both needed to die. Now they’re in it, fighting to stay alive and working oh-so-hard NOT to fall in love. Will they survive when so much is against them?

Books in the Flame Series:

Book 5: A Touch of Flame

From Chapter One ~ Vaughn and Emma have found three dead teenage girls in the dangerous ‘Graveyard’ of Five Bridges. Emma is helping them to make the transition into the afterlife, but she and Vaughn are caught in a dangerous situation.

From the rim of the ditch above, one of the officers made a crack about ‘bloodsuckers’, the slur aimed at Vaughn.

She glanced up, surprised to see seven officers now, standing side-by-side and watching them. “Bastards. All those men are on the take.”

“Just ignore them.” He sounded angry.

She met his gaze once more. “I’m going to fight Loghry on his own terms. There’s no other way to do this. So, please don’t interfere.”

“And there’s nothing I can say?”

For a moment, though, time slowed as she looked at Vaughn. She’d wanted to see him again so badly after she’d been with him the night of the rescue.

He was an incredibly handsome man, rugged looking with his thick black hair cropped close on the sides and tattoos showing through on his skin. He had straight black brows, drawn tight together in concern and gray eyes that melted her into a puddle. His cheeks were strong and angled to a firm jaw. His lips were full and sensual and had stolen her last reservation when he’d kissed her outside the bar.

Having sex with him had been an incredible, healing experience.

Yet now she was here.

She gave herself a mental shake and turned back to the girls. She didn’t wait for Vaughn to say anything else. Instead, she extended her arms slightly and held her hands palms up.

As she’d never done before, she opened herself up to her spellcaster power. She focused her energy and thoughts on the core of her being, on all that she was as an alter witch.

A sensation like electricity whipped through her, awakening her latent abilities. To her surprise, she found the seat of her power with no trouble at all. And contrary to all expectation, everything about the moment felt sacred and good, not corrupt like she’d feared.

After that, two things happened simultaneously. Odd snapshots started floating though her mind, images of the Graveyard, the ditch, the dead girls and Vaughn. She knew she was looking at pieces of the immediate future. Because the pictures held a serious warning, they were an equal pull on her attention. But the girls needed her help desperately. If they were unable to leave their bodies, they could get stuck forever right here in the Graveyard.

She turned her attention to them and directed her whirling witch energy toward the triplets. Power flowed and swirled above the girls until she could feel each one, their fears and sadness, even their confusion. Mentally, she began to coax them to let go of their time on earth and to leave their bodies. It wasn’t long before the air in the ditch began to shimmer and shortly afterward the ghosts rose into the air.

They appeared dazed at first. They looked at one another then Emma and finally at Vaughn. Each tried to talk, but couldn’t.

Emma stood amazed by how they appeared. She’d seen ghosts before, but only as fleeting wisps of smoky air.

Not this time. Each was fully formed as though possessing a body, yet not quite a body. It almost seemed as though the girls were working on taking shape. She wondered if Vaughn could see them, but one glance told her he didn’t.

They seemed to be communicating with each other and a moment later bits of clothing appeared, though more like smoke than real fabric. Colors as well. The center girl, who had the strongest personality, now wore a red tank top, blue jeans and running shoes. The one to the right donned red shorts, a dark blue crop top and navy sandals with flowers at the top of the t-strap. While the third wore a red plaid short dress, dark stockings and black Mary-Jane shoes. The girls seemed to like red.

They were lovely, each with long, curly, light brown hair and large, blue eyes…

I hope you found yourself caught up in this excerpt from Chapter One of AMETHYST FLAME. To Read More and For Buy Links… 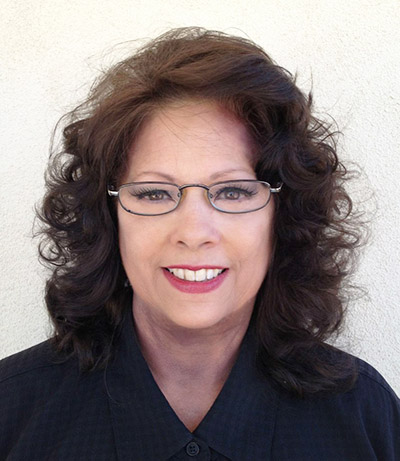 Caris Roane is the NY Times Bestselling author of Paranormal Romance. She began her career with Kensington Publishing and for eighteen years wrote Regency Romance as Valerie King. In 2005, Romantic Times Magazine honored her with a career achievement award for her Regency Romance work. To-date, she has published eighty-nine books. Thirty-nine of those are paranormal romances. Most of her paranormal stories are self-published while several in the early days were penned for St. Martin’s Press.

Though her stories conjure up hunky PNR warriors, like vampires and wolf-shifters, the romance is everything, including a satisfying Happily Ever After. Her hope is that the reader will come away engrossed in the lives of her tortured heroes and her worthy women as they wage war, as they make love, and as they face the tough issues of life and relationships!

Caris lives in the Phoenix area, in a growing town called Buckeye. When not writing, she’s a real homebody. She loves gardening, sewing, and cooking. She also enjoys creating jewelry and offers her handcrafted, PNR bracelet giveaways to her newsletter and blog subscribers. Her motto? Live the fang!

If you want to know more about Caris, or want to get in touch, you can find her at the following places: