Elemental Fire Blog Tour: Join Me for the Heatwave 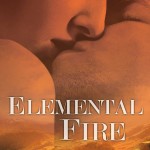 I’m very excited to announce that April 22nd through 26th I’ll be on tour with the final book of the Lakeland Heatwave Trilogy, Elemental Fire.  For those five days, I’ll be visiting some of the most exciting websites and sharing the sexy, magical details of the life of the Elemental Coven with some of the most amazing people. And to help celebrate the tour and the release of Elemental Fire, I’ll be doing my best to conjure a little magic of my own by giving away a couple copies of book one of the Lakeland Heatwave Trilogy, Body Temperature and Rising.  That way, I figure we can keep the magic and the naughtiness going long after the tour is finished.

And to make sure you don’t miss any of the gossip and the magic and the giveaways, here’s next week’s schedule:

Words of Wisdom from the Scarf Princess http://wowfromthescarfprincess.blogspot.co.uk/ April

Bliss Kiss (A happy snog to end it all) http://blissekiss.co.uk

And here’s a little tease to get you going:

‘Will you dream with him?’ Cassandra asked, as she handed Tara the last pot.

‘Is it really that much of a hardship?’

They both turned to find Kennet standing in the door of the greenhouse.

Tara laid aside her dibber and gently touched Cassandra’s hand feeling the welcome buzz of her power. ‘Go and tell the others to prepare the Dream Cave.’

Once she was gone, she turned her attention back to her seedlings.

Kennet moved inside and pulled the door to. ‘I understand you not trusting me,’ he said. ‘I’d feel the same way, I’m sure. But Tara, I’m not the enemy. I need you to believe that.’ He rested a hand on her shoulder, and she stiffened.

Carefully he removed it and turned his attention to stroking the leaves of the thyme plants. ‘You’re afraid,’ he said, his voice barely more than a whisper.

‘Aren’t you?’ She continued to fuss over the seedlings, mostly just to stave off the panic of his nearness.

‘Terrified.’ His answer surprised her.

She turned to face him and as she looked up into his eyes, it suddenly felt like she had looked into the sun.

‘But not for the same reasons you are,’ he said. He crooked a finger under her chin so she couldn’t look away. ‘Why do you make love only with ghosts?’

Everything in her wanted to turn and flee before it was too late, but she stood her ground and held his gaze. ‘It hasn’t ended well for the living when I’ve had sex with them.’

‘Are you afraid it won’t end well for me?’

She didn’t answer. She was afraid of what might happen if she tried to speak. There were too many memories too close to the surface, memories she had taken lifetimes to bury deep, and this man had dug them all up in only a few hours.

He took both of her hands, ignoring the compost on her fingers, then brushed a kiss gently across her lips, making her want like she hadn’t allowed herself to want in a very long time. Then he pulled away and brushed the pad of his thumb along her lower lip. ‘I’m already dead, Tara. Physically I may not be a ghost, but I’m already dead. Everything that I lived for was taken from me seven years ago.’

She pushed him away. ‘Seven years? Only seven years? You’re not dead yet, Kennet. You haven’t even begun to die. You haven’t had nearly enough years to really beg for death, long for death, pray that it’ll come in the night and set you free.’ She reached for the staging table for support. Her knees were weak, her insides felt like snow on the wind. ‘But then you realize that you’ll be no freer of him dead than you are alive. So no, you’re not dead, Kennet. Don’t even wish for it, and if you think your pet demon will protect you, then you don’t know demons.’

This time he grabbed her by the front of her shirt and pulled her to him with such force that she gasped out loud. He took her mouth with stunning anger, like nothing she’d ever felt before, and she returned his assault with her own rage, meeting his tongue thrust for angry thrust, bruising his lips with the force of mouth and teeth, biting and aching, as he bit back. Then he pulled away breathless. ‘She’s not my pet demon, Tara and, trust me, I fucking know demons.’

Then they were kissing again as though they would tear each other apart, as though they would rip the very breath from each other in angry, scorched shreds. His hands moved to her hips, and he hoisted her onto the staging table, shoving aside the gypsy skirt until she could feel the rough wood against the silk of her panties. He fingered aside the crotch and she tried to squirm away from him. ‘I don’t fuck the living,’ she gasped against his mouth, then she bore down as his thick middle finger found its way between her labia and thrust upward. She pulled him to her even as she tried to push him away with her words.

‘Yes you do, as of this morning you do. You need it, I need it, and it’s time you stopped letting Deacon call the shots.’

She felt his last words like a slap and like an aphrodisiac at the same time, and everything in her felt wet with need. ‘Do it, goddamnit,’ she growled. ‘If you’re gonna do it, do it and don’t make me wait!’ She grabbed for his fly with an awkward grip from a bad angle that caused him to flinch and push her hand aside. ‘Damn it, get them off,’ she gasped, ‘I can’t wait!’

With trembling hands he practically ripped the zipper out of his fly, then shoved his jeans and boxers down around his hip and his erection bounced free from its exquisite nest of copper brown curls. The view was brief, and she told herself in a sliver of a thought that was left to her, that sometime she’d like to linger and explore, though in her heart she didn’t really believe she’d ever be afforded that luxury, so she’d take what he’d give her.

Once again he tore at her panties until they were stretched over one buttock and she could feel the cool air of the greenhouse against her gape, then while she held herself open, he cupped his hands under her arse and lifted her from the table, down onto his heft. With a grunt and a slight thrust, he pressed up into her, and she yielded like soft butter, then gripped like a fist. Then she grabbed him by the hair and pulled his face back to hers, and their tongue dance matched the rhythm of the thrust and glide. Grunts became feral cries, throats became raw, and vision blurred in searing heat that had nothing to do with Lucia.

She bit his neck hard and he flinched and surged inside her tight grip. ‘You asked for it, and I don’t believe in making people beg.’

‘I can’t think of a better way to go,’ he grunted.

In truth, she wasn’t entirely sure she wasn’t dying right along with him, but it didn’t really matter, dead or alive, it was pretty much the same to her.

‘Fuck,’ he breathed between barely parted lips. ‘I can’t hold back any longer, woman. I have to come now.’ And as his cock convulsed inside her, and his groin raked upward against her clit, she came in great sobs that made her throat ache, that made her body feel like some animal, curled deep at her centre, had awakened ravenous and needy with an emptiness to fill that was bigger than the void. And strangely enough, Kennet Lucian felt like he might begin to touch the emptiness.

For a long time, he held her there, both of them gasping for breath, her arms and legs wrapped around him, his large hands cupping her bottom. ‘Tara,’ he whispered against her ear. ‘Please trust me.’

She ran a hand through his hair and nipped his ear with her teeth. ‘Then prove to me that I can.’

Suzanne Portnoy Talks About the Re-Release of her Bestselling Memoir, The Butcher, The Baker, The Candlestick Maker → ← The Pearl Necklace by Geraldine O’Hara

2 Responses to “Elemental Fire Blog Tour: Join Me for the Heatwave”