Welcome to day three of the Dragon Jubilee Reading Spree!  To celebrate the Queen’s Platinum Jubilee with the rest of the UK, I’ve decided to give you four back-to-back episodes of Dragon Ascending over the four days of the Jubilee holiday weekend. There’s still plenty of celebration left to enjoy, so eat some Coronation chicken, pop open some fizz and drink it from your 70th Jubilee souvenir cup. Whether you’re in the UK or not, never miss a chance to celebrate, and there’s no better celebration I know than a good read. Grab up the indulgence of your choice and settle in for day three of the mini Dragon read-a-thon. As you remember, yesterday we left Mac and Manning on Sandstorm still searching for Len. Meanwhile, today we find Len exploring the salvage dump. Do remember that every day through Sunday, there’ll be another new episode of Dragon Ascending, so tune in and enjoy.  I hope you’re enjoying Dragon Ascending, the sequel to Piloting Fury, as much as I’m enjoying sharing it with you. As always, I love it when you share my work with your reading friends, so feel free. In the meantime, enjoy!

Once on the ground, Len looked up to see the airlock much as it had been when she had arrived convinced she sought only shelter where she could die in peace. Looking at it now, there was no way she could have made the leap from where she had perched that evening. Ascent-7 had somehow caught her as she fell. She shivered. How could that even be possible? And yet, according to him, his ship still had enough functionality to shoot down a starling class freighter from high orbit. As she looked up at the airlock above, the heat waves around it lazily shimmered, then convulsed and in its place was nothing more than a mountain of wreckage and metallic debris. The ship’s outer airlock was impossible to perceive. All that remained was the small red blip on her PD. “Thank you,” she said again. As she turned to face the kilometers and kilometers of space junk, there was another chirp of the PD and she glanced down to see a second blip on the monitor nearly on top of the first, a representation of herself. A quick study of the graphic of the area showed an outline that glowed red, which she recognized according to the scale as the de-mole perimeter. Upon it there was no evidence of a breach. She stood for a moment more studying her location and remembering what she could about her desperate arrival. She had not come straight from the perimeter breach to D7’s airlock, not wanting to make it easy for any predators, which might have followed the trail of blood. She had entered the breach and then turned immediately left. She remembered her PD had shown her the outline of the de-mole, so she had it with her at that point. There was no way of knowing how far she had come. She was not in any kind of state to hurry, nor to judge time. Her PD would have given her all of that information, but that was a moot point now. She headed in the direction she had come following the perimeter. Perhaps the PD Ascent 7 had given her was sophisticated enough to not show the breach until she got to it.

The heat beat down on her even through the loose light clothing. She fucking hated the Taklamakan heat. She much preferred the icy chill of night, minus the perpetual wind that howled until dawn, of course. She walked slowly, keeping one eye on the PD and another on the barely visible shimmer of the do-mole. Every once in awhile she would pick up a small stone and toss it at the fence, where it would instantly disintegrate back to its molecular elements. Occasionally she stopped to sip water from the insulated flask that kept it cool. Creature comforts and attention to detail. Ascent 7 seemed to be all about both. The knot returned to her stomach. She missed his company. How could it be that she’d grown used to it so quickly? She’d probably had more conversation with him than she’d had with anyone at Sandstorm Base for the past year, unless you count those haggling over the price of some piece of rubbish she’d been desperate enough to steal from one of the yards and sell back again.

She walked slowly, carefully, for over an hour. Much farther than she could have possibly made in her injured condition. No matter how long it had taken to get her to Asctent7’s airlock, there’s no way it could have been far. Had she turned the wrong way? Sweat ran in little riverlets down her back even as it dried in salty trails and formed again. She squinted hard in spite of the goggles and pulled the cloth up tighter around her face. Any signs of her passing would have all been scoured away in the wind. She pulled a concentrated journey bar from her pack and nibbled it, surprised by the rich intensity of the flavor, then she drank again and turned back the other way. She must have mistaken the direction she’d turned. The heat rose in shimmering waves from the ground playing tricks on her eyes, making living things out of dancing heat, blasting the shadows with dusty knee-high clouds that ebbed and flowed like someone might have passed that way, then blended with the shadows until every movement lost clarity, every shifting felt like an intruder waiting to pounce on her, waiting to finish what the assholes on the Dart had started, like predators that had found their way in at the scent of her blood and lay in wait for a meal that would eventually come if they were only patient enough. 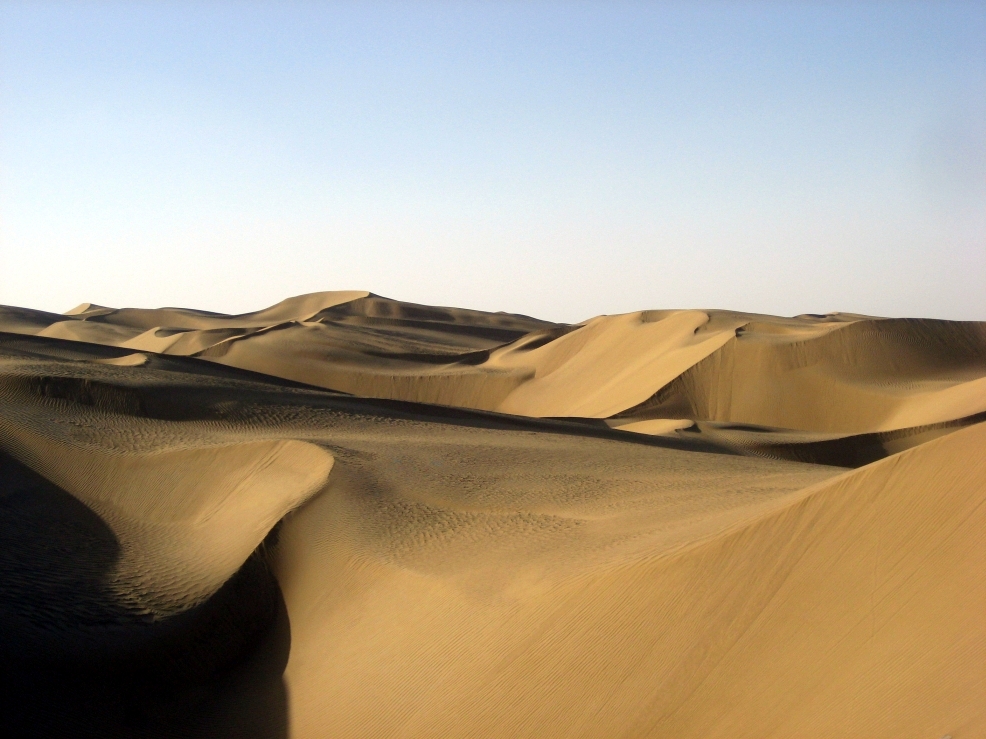 The skin along her neck prickled and she glanced behind her. But of course no one was there. Surely Ascent-7’s hiding place was well guarded, but then she was an hour away from the airlock. A lot could happen in an hour. Sweat dripped down inside the goggles and stung her eyes. She gave the PD a little shake. Perhaps it was miscalibrated. But it wasn’t. Again the thought ran through her head that perhaps Ascent 7 was pushing the limits of his functionality to care for her. She shivered in spite of the heat and pushed that thought out of her head. Perhaps she had gone farther than she thought. Damp hair stuck to the back of her neck and the heat beating down on her felt like a physical thing as she trudged back.

When she arrived, the force field that hid Ascent-7’s airlock trembled away and the cool of the interior beckoned her. Instead, she took another careful sip of water, blinked her stinging eyes and continued on in the opposite direction, watching the PD’s readout more carefully. Her sense of time and distance had always been good. It saved her life more than once while exploring the salvage yards for something she could sell. Yes, there was nothing wrong with the PD, she was almost certain after she had walked for an hour in the other direction and then carried on another fifteen minutes and then another just for good measure. Her mouth felt like a sandpit as she carefully sipped the water. She had walked into the heat of the day now, the Shimmer, they called it on Taklamakan. It was something she knew better than to do. Still no sign of the breach in the de-mole.

An hour and a half out meant an hour and a half back. She should have never taken such an unnecessary risk. There were too many things that could go wrong in the Shimmer. Along with the exhaustion and the weight of the heat that squeezed in against her still weakened body, threatening to suffocate her, there was a rising fear in the pit of her stomach she still could not dare to give thought to. The breach had been larger upon her arrival to ease her passage. It was now gone. She could not get out. Would Ascent-7 allow her out if she asked, or was she his prisoner?

She pushed the thought to the back of her heat-addled brain as the return stretched before her, every step longer and harder than the one before. She tripped over her own feet and fell to her hands and knees. It should have jarred ribs still tender at the very least, but she felt nothing unusual, no pain at all. For a long moment, she stayed on all fours, catching her breath, fighting off the panic and the anger that what she had done, how she had pushed herself had been stupid. She had just calmed herself and shoved to her feet when she felt it. Around her the air shifted, then stilled, charged and full. A chill passed over her, as though she were suddenly immersed in deep shadow, though the sky was empty and baked as it always was. The hair on her arms and neck bristled from the static and for the briefest of moments she was certain she felt a wisp of breath along her neck. She yelped and ran, like all the banshees of hell were chasing her. Running in the Shimmer was sheer madness, but stopping seemed stupider still, terrified to look behind her, knowing beyond knowing that she was not alone. “Ascent!” She gasped out loud. Then she screamed, “Ascent!” Though she didn’t know what the hell she expected a fucking computer to do when she was still at least an hour away from the airlock. The heat, the heat, the heat! It beat her shoulders with every step. She had to get back, she had to get back!

The feel of the prickle against her skin drove her past her abilities, way past. It wasn’t possible she could run this fast in the heat. In the Shimmer it was barely possible to do more than shamble without passing out. The inexplicable increase in speed didn’t stop the feel of her lungs on fire or her heart in hyper drive. The speed was unsustainable. She was unsustainable. She wanted only to sleep and forget the fire, the loss, the loss the LOSS! What kind of fucking thought was that? Sure there had been loss in her life, but she didn’t want to go to sleep, and it had been ice, so much ice. Not fire. Always ice. She slammed down the wall in her head that held back the ice and the snow. Now was not the time to navel gaze, now was the time to move her ass. Just at the moment she was certain her heart would explode and she would die, the ground opened beneath her feet and swallowed her up. There was no infestation, no glass serpent’s maw, just sand. Sand that was there, then suddenly gone. For a moment she fell into total darkness. 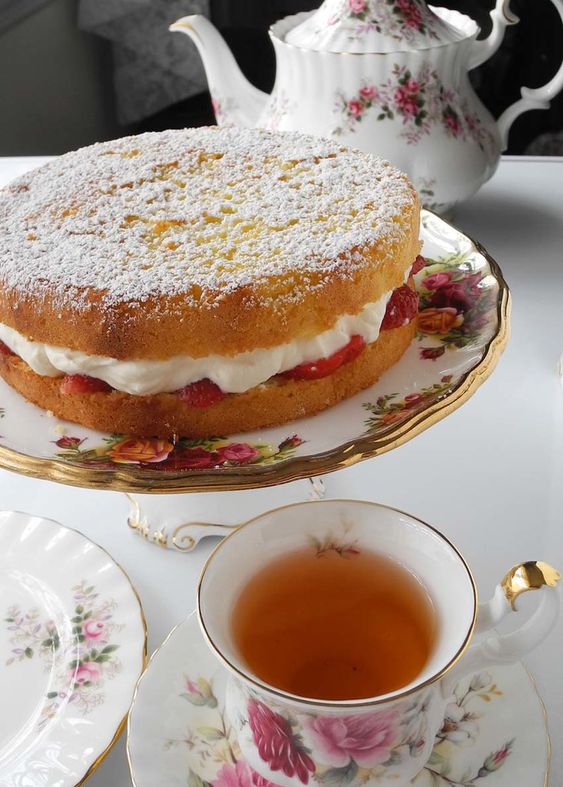