CJ Payne Tells Us How Lynton Gets Stung!

Firstly, many thanks to K D Grace for allowing me to write this blog. I am quite new to all this so bear with me. My first Fem Dom book, published by Xcite, was called Kiss and concerned a transvestite, called Alex, who forms an unlikely relationship with ambitious lawyer, Kara Richardson. The second, which has just been published by Xcite, is called Sting and is about a 30-something male, called Lynton Field, who takes one step up the career ladder – neatly followed by two back down it! He requests a reference from his ex-manager, Julianne, and gets more than he bargained for! Eventually, he becomes lured into the world of dominant women as Julianne sets about training his girlfriend, Chloe, in the dark art of Fem Dom…. I’ll let Lynton take up the story…

So that’s how, on a cold February morning, I found myself tied over a wooden vaulting horse while Julianne stood in front of me with a flipchart. I was tethered in such a way that my head dangled over the horse and I could see the chart through my spread-eagled legs – I felt a little like a bat. Chloe sat on a chair to my right side and Lydia on the left. Julianne stood at the front of the room. She had marked the flipchart POSITIVE and NEGATIVE and had drawn a line down the middle with a black marker pen.

‘Right, Chloe, what faults has Lynton got? Give me a couple to start with,’ Julianne said, every inch the businesswoman doing a brainstorming session at some conference or other. She really was matter-of-fact about it.

Chloe crossed her legs and placed a hand under her thigh; she rocked back and forth and I could tell she 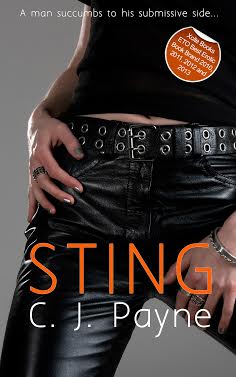 felt ill at ease. Even though I was uncomfortable I was getting a hard-on just by looking at her black patent high-heeled boots – my upside-down position gave me an excellent view. She tapped her right toe seductively as if operating a treadle.

‘He’s not really got any,’ Chloe said. ‘Not that I can think of anyway.’

I smiled. My little angel was so loyal.

‘OK,’ Julianne said with the air of a schoolmistress who had been given the wrong answer and felt a tad irked by it. ‘What qualities does he have?’

Julianne wrote that on the flipchart. ‘OK, anything else?’

Julianne wrote “GSOH” on the chart.

‘He’s quite placid and easy-going.’

Julianne wrote away in a neat, black screed. ‘Right back to the negatives.’

Chloe paused. ‘I suppose the biggest one is he’s commitment phobic. I’d like to settle down and get married – start a family, that sort of thing – but I just don’t feel the relationship’s going anywhere. Lynton is happy to jog along betting and doing his own thing. We don’t even live together …’

‘Excuse me – that’s because you want to help your mother with your brothers!’ I called out.

‘I don’t – you’ve never even asked me!’ Chloe countered.

‘That’s enough, Lynton – this is about Chloe, not you, so be quiet, please,’ Julianne ordered me. ‘I’ve got a bare backside looking at me and either Lydia or I will smack you if you interrupt again.’

‘Yes, shut up, Lynton,’ Chloe said. The fact I was so demonstratively impotent obviously empowered her.

Julianne turned back to the board. ‘All right, how shall I write that up? I know – “a selfish commitment-phobe who likes doing his own thing”.

‘I didn’t like to, but it’s what I feel inside,’ Chloe argued.

Suddenly I felt a sharp smack on my buttock – not from Julianne but from Lydia who had stood up and struck me with a pitted paddle with great force. It was as though she was swatting a fly and the sound of the slap resounded around the room. Afterwards, all was quiet. My backside tingled hotly and I clenched and unclenched my buttocks.

Julianne carried on regardless. ‘Any more?’

‘He moans about me spending money on clothes and sometimes refuses to buy me stuff,’ Chloe said.

‘Sometimes you pull a face and make a right fat fuss because I ask you to buy me stuff.’

Again Lydia gave me a sharp smack on my left buttock with the pitted paddle which was shaped like a table tennis bat – in fact, naively, that was what I had thought it was when I first came into the room. My buttocks trembled and I felt a tingling sensation run through my body. My exposed cheeks stung – I started to feel aroused.

‘Shut up, Lynton,’ Julianne said. ‘I’m talking to Chloe. This is her workshop, not yours. Lydia, get me my duct tape. I’m going to have to place some tape over his mouth if he carries on.’

I fell silent. I was beaten.

‘He treats me like a princess, then punishes me,’ Chloe said.

And so it went on. Chloe came out with a great long list of grievances, most of which I’d never heard before. While Julianne listed my bad points, Lydia returned with the thick, black duct tape and a strip was fastened to my mouth. I had to just hang over the horse and watch the list of negatives grow. OK, one or two more positives were added, but in the main it was a long line of black marks which made me sound like the worst boyfriend in the world. When she had finished, Julianne placed the top back on her marker pen, stood back from the flipchart, and started to read aloud each negative in turn.

‘He doesn’t sound great, does he, Chloe?’ Julianne said. ‘When you do a plus and minus balance sheet against most men they tend to err on the negative side but Lynton has a lot of faults. Don’t you think you could do better for yourself?’

Chloe shrugged. ‘I suppose I could.’

‘Well, we’re going to start off with training Lynton and if there is still no improvement you will have to trade him in. So, to start with, what punishment do you think is appropriate, Chloe?’

‘Absolutely – you’ve listed 21 things wrong with Lynton and just six positive points, which gives us a negative balance of 15. Now, that can be 15 strokes of the cane, 15 smacks with the paddle, or another punishment – it’s your call.’

Chloe bit her lip. I could tell she was tempted. She dragged a hand through her long, black hair. I could tell she wanted to ask my permission but knew it wasn’t what was expected. Finally, she said, ‘I’m not sure. Poor Lynton, tied up helpless like that. I know he deserves it but it’s all new to me. Couldn’t you show me what to do?’

Julianne looked at Lydia who had gone to stand in the dark shadow of the doorframe after she’d placed the tape over my mouth; her hands were clasped in front of her.

‘What do you think, Lydia?’ Julianne asked.

‘I think that’s a very sensible approach. After all, you have so much experience as a disciplinarian, Julianne, it is only right that you should show Chloe what you need to do prior to her taking ownership of Lynton.’

‘I agree,’ Julianne said. ‘Untie him and we’ll take him downstairs to the punishment chamber.’

Lydia walked over to me and untied my hands and removed the duct tape from my mouth. I slid off the horse and stood up. I was desperate to hide my cock which was on full display to the three women.

‘This is a game, right?’ I said, fear spearing every cell of my body.

Julianne gave that thin-lipped smile of hers. Then she barked, ‘It’s not a game; of course it isn’t! It’s punishment time, Lynton. Poor, down-trodden Chloe has listed 21 negative points about you and only six positives; that’s not very good, is it? How can you base a relationship on that level of abject selfishness and immaturity?’

‘I do. You need to change. And quickly. You need to stop acting in a selfish, ignorant, childish manner and treat Chloe with the respect she deserves. You need to understand that she is a goddess and you must worship her and see to her every whim. Understand?’

‘Yes,’ I said meekly. ‘I’m sorry, I never realised I was such a bad boyfriend.’

‘Well, we’ll see how sorry you really are when we punish you,’ Julianne said.

While she had been speaking, Lydia had moved stealthily behind me and in a few minutes she had 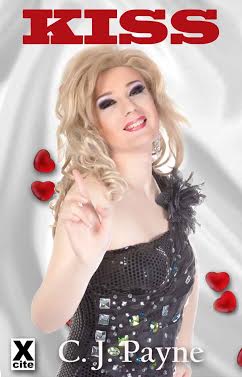 bound my wrists behind my back. I felt like a prisoner but, once again, that damned prick of mine started to come up. It was so frustrating because I could not push it down.

Chloe looked at it and said, ‘You enjoy this, don’t you, Lynton? You like women to be in control.’

Suddenly Julianne was in front of me. Her hand reached down and she grabbed my cock and balls. Tightly. Her nails dug into my scrotum.

She hissed. ‘I think we know you get turned on by women exerting power over you, Lynton, don’t we? Now, no more lies to Chloe.’

I felt my face go red. Another woman had hold of my cock and Chloe didn’t seem at all concerned. In the normal course of events she would have gone ballistic. Julianne moved her hand and squeezed my cock. It felt like the blood was trying to burst from the top.

‘Repeat after me, “I promise not to lie to Chloe again,”’ Julianne said.

‘I promise not to lie to Chloe again,’ I said.

‘I promise not to lie to Chloe again.’

‘Once more … but this time even louder,’ Julianne demanded.

Somehow I found myself repeating the words as if they were some sort of Boy Scouts vow.

Want to find out what happens to poor old Lynton? Go to https://www.xcitebooks.co.uk.

CJ Payne has written on and off for a number of years and had quite a few articles and a few short stories published. He has laboured under various nom-de-plume’s and, also under the name “C J Payne”, you will find a collection of ten BDSM e-short stories published by Chimera, nine of which are Male Dom. He’s currently working on a second set of “tales” for Chimera, which will be imaginatively entitled, “The Caneterbury Tales 2”. In between times he works full time (though he would rather write for a living!!!) He’s currently working on a third novel for Xcite, which is provisionally called Swish.