Caris Roane A Touch of Flame Tour and Giveaway

A Touch of Flame

Caris is giving away A Purple PNR bracelet (International Winner Receives Gift Card), A $25 Amazon Gift Card, A $15 Amazon Gift Card. to randomly drawn winners via rafflecopter during the tour. Please use the RaffleCopter below to enter. Remember you may increase your chances of winning by visiting the other tour stops. You may find those locations here. 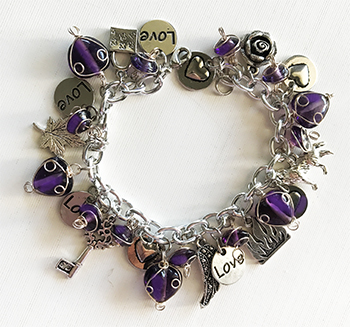 WOW! Something extra from Caris Roane!

Just leave a comment for a chance to win!

Caris Roane here and I’m so glad you’re touring with me. Be sure to visit as many blogs on my tour as you can and leave a comment at each one to be entered into this WOW giveaway! Don’t worry if you miss a couple of blogs, visiting every blog isn’t required, it just increases your chances of winning! I’ll be creating a second bracelet for the WOW giveaway (International winner receives gift card) similar to the bracelet in the Rafflecopter. I will choose the winning blog then choose the winning comment some time after midnight, September 5th, Arizona time. I will use Random dot org to make the selection. Let’s support our bloggers who give us so much! Hugs, Caris

A powerful alpha wolf. A gifted witch. Each haunted by death. Can passion drive them to an everlasting love? Or will the enemy forge a hopeless chasm?

Braden should have died in the Graveyard, but the witch, Maeve, saved him. The call of his wolf is on him and he wants her. She can be his alpha-mate. But she has powers that can destroy him and a disrupted memory that holds the answers to his wife’s murder. Can he ever trust a woman who can kill with the power she streams from her bare hands?

Maeve has known only horror, death and destruction since her arrival in Five Bridges as a transformed alter witch. She goes to the Graveyard nightly to rescue those left for dead by the evil rampant in all five territories of her new world. She fears the power she possesses and the gaps in her memory frighten her more than anything else. But when she rescues Braden from an attack in the Graveyard and she realizes she’s drawn to the handsome wolf, the nightmare really begins. 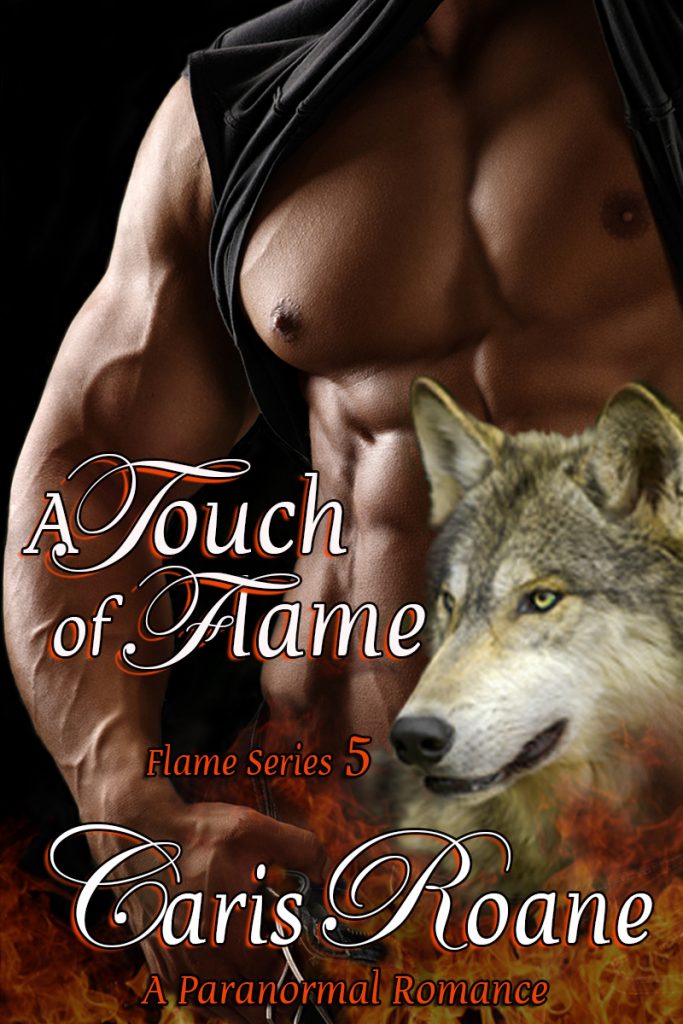 Maeve held Braden’s fur tight. She didn’t want to let him go. The moment he’d pushed her onto the floor in his massive wolf state, desire exploded. Somehow, all that black fur and the sight of his fangs got to her.

She knew then he’d spoken the truth. Though she was a witch, she could bond with this Border Patrol officer and serve as his alpha female.

Slowly, he shifted back to his human form, a seamless process reflecting his decade in Five Bridges. She released his fur as it disappeared through her fingers.

His green eyes held hers tight. She couldn’t have looked away if she’d wanted to. He said, “I need you to understand what you’re getting into here. This will be without one shred of emotion. What happens here is strictly physical, very physical. I have no interest in you otherwise, despite your alpha-mate capacity.”

He leaped to his feet, reached down and plucked her off the floor like she was feather. He lifted her into his arms then carried her into the bedroom, slamming the door shut with his foot.

She’d been wanting this for weeks. Months, maybe.

He took her to the bed but before he let go of her, he pulled the covers back. Then he dropped her so she bounced on the mattress.

She would have been happy to get her clothes off, but he went to work like a madman. He tugged off her shoes and jeans, then flipped her onto her stomach.”

“You’ve got a beautiful ass, Maeve…”

Read More of the Excerpt Here 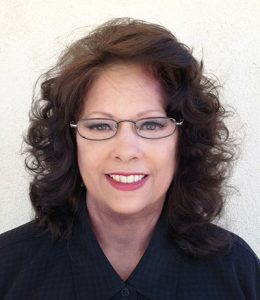 Hi, Everyone! Caris Roane here! I’m a NY Times Bestselling Author and I write super-sexy paranormal romance books. With every book I create, my goal is to take you away ~ far, far away ~ from the difficulties and frustrations of your life.

I began my career with Kensington Publishing and wrote Regency Romance as Valerie King. In 2005, Romantic Times Magazine honored me with a career achievement award for my Regency work. To-date, I’ve published eighty-nine books. Thirty-nine of those are paranormal romances, some self-published and some with St. Martin’s Press.

Though my stories conjure up hunky PNR warriors, like vampires and wolf-shifters, the romance is everything, including a satisfying Happily Ever After. My hope is that you’ll become engrossed in the lives of my tortured heroes and my worthy women as they wage war, as they make love, and as they face the tough issues of life and relationships!

I live in the Phoenix area, in the city of Buckeye. When not writing, I’m a real homebody. I love gardening, sewing, and cooking. (Um, cleaning, not so much!) I also enjoy creating jewelry and I frequently offer my handcrafted, PNR bracelet giveaways to my newsletter and blog subscribers. You can sign up for both on my Home Page.

My motto: Live the Fang!