A Shameless Excerpt from Toys for Boys

March 31, 2019   Tags: Back Catalogue, excerpt, m/m
Category: Blog   Comments Off on A Shameless Excerpt from Toys for Boys 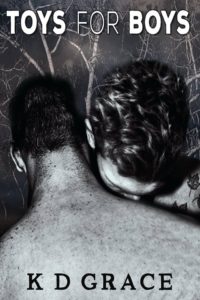 Just a little Sunday quickie shameless excerpt for you from my unusual M/M novella,
Toys for Boys. I had the pleasure of reliving my own walk across England on the Wainwright Coast to Coast walk while writing this totally fun and playful story. It felt especially appropriate now that the weather is leaning more heavily toward Spring.

AtToys for Boys, Will Charles’ moniker was ‘the Alpha Nerd.’ Doc had read some of his reviews and articles but never met him. Since T4B, as they all called it, was an online magazine, he’d never met any of the people who worked there, and he liked that just fine. The best part of free-lancing was no neurotic colleagues and no idiot supervisor looking over his shoulder. Will Charles reviewed computers, smart phones, and games—rubbish like that, while Doc reviewed all the stuff that gave the outdoorsy blokes a hard-on. It was late in the season to be walking the Coast to Coast, but T4B wanted the walk and the boys toys that would accompany Will and Doc on said walk to be a part of their big Christmas issue, which was always driven by shameless consumerism and chock full of the expensive shit to buy for the man who has everything. The article would be atmospheric, they said. It would be fun, they said.

Alpha Nerd, his left nut, Doc thought. The skinny geek with the expensive looking iPhone could have passed for a twelve-years-old—spotty face, heavy-rimmed glasses and all. Looked like Doc’s dream walk was about to become a babysitting job for some whimpy-arsed kid who would whine every time he didn’t have a Wifi connection for his little games on his little phone. Doc wondered how the hell the bloke could even heft the backpack sitting on the floor beside him, and those brand new, straight-out-of-the-box walking boots guaranteed major blisters. This was supposed to be twelve glorious days alone on the Wainwright Coast to Coast path across England. This was supposed to be total outdoor bliss. He had been looking forward to it for months and then, at the last minute, T4B ruined it all by insisting Will fucking Charles tag along with his expensive little camera phone to record the event. Bromance, they said. Adventure and companionship, they said. Merry fucking Christmas! T4B didn’t pay him nearly enough for this shit.

“That’s just an iPhone,” came a voice from behind. “This is the device I’ll be reviewing.” To Doc’s horror, he turned to find himself being videoed by a man who definitely passed as an alpha—an alpha bastard at the moment. The sleek black device he pointed at Doc was labelledurBrainin gold letters. Seriously? Were T4B having a laugh?

Doc gritted his teeth and tried to count to ten, but only made it to three. “Perhaps you’d like to turn off urBrainbefore I cram it up urArse?”

“Day one of the Wainwright Coast to Coast, and after a near disaster,” he spoke for 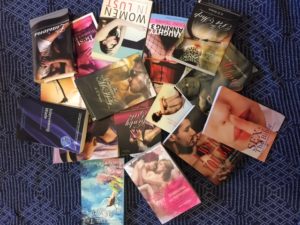 the camera, “I’m here with Caradoc Doc Jones, the Welsh Woodsman and outdoorsman extraordinaire, about to head into the rain towards our first stop at Ennerdale Bridge. Say hi, Doc.”