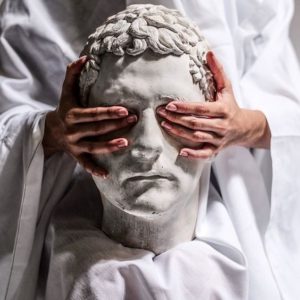 In the age of pixels and videos, airbrushed ads and billboards, sex sells, but only
glamourous sex, only the sex of youth and beauty. Let’s be honest, we live in a world where no one wants to see ‘mature sex.’ In fact, in our visually oriented lives, sex and age are not words that compliment each other. Sex between people over forty is something best kept out of sight, out of mind. When viewing scantily clothed people, we want them to be attractive. When reading a sexy novel, the characters we see in our imaginations are fit, lean and beautiful when they sweat and writhe and frolic with one another. Bottom line – visible sex is for the thirty and under crowd. For anyone much older than that, invisible sex is the standard.

Sexual invisibility definitely applies for anyone over forty, especially women. And that’s not necessarily bad. While sexually invisible, we might be, if anything, we have more sexual freedom and fewer inhibitions than those who are younger. A great deal of the more relaxed attitude we have toward sex is because of that invisibility. Sex and youth and the biology that drives us are meant to preen and flaunt, attract and arouse. The survival of the species depends on it. Even though these days it’s less about procreation and more about recreation than it was for our cave dwelling ancestors, the biology is still there. And the truth is that after a certain age, our sexuality becomes irrelevant. If we’re planning to do our part in guaranteeing the next generation, we’ve already done the deed. Tick that box and move on. At that point, our sexuality becomes whatever we’re willing to make of it.

In a share group about female sexuality I sat in on once, several things became very evident. For younger women there was far more stress around having sex, far more pressure to be having it often and far more pressure to be seen as sexual and attractive. Among those of us over forty, there was a quiet confidence. There was a sense of adventure that had less to do with the need to be thought of as ‘doing it right’ than just the need to enjoy the hard-earned freedom that comes from our experiences. While for the younger crowd, attraction is a key ingredient, whether it’s the upkeep of the ‘lady garden’ or the best way to display the package, for the older, been-there-done-that-crowd, it was more about creative sex and the sexual self at the centre of our own journeys.  There was less to stress about, there was a subdued sense of anticipation.

I can only speak from my own experiences and observations. If I’m honest, it’s possible that some of my comments may come from a tiny bit of sour grapes at wondering why the age of young and beautiful sex passed me by so quickly. But speaking for myself, whether visible and beautiful or invisible and raunchy, sex is a far deeper component of who I am that I ever could have imagined when I was twenty and the world was new to me. The many layers of sexuality have become more obvious and more important now that I’m well past forty. The stunning connection between sex and creativity, between sex and the timeless wild woman who lives at the core of me is a brave new world to be explored without the stress of finding a partner and being sexual eye candy. The discovery of just how far beneath the skin my sexuality actually goes is an endless adventure, explored as much through the avenue of my writing as through the physical act. In fact one deepens the other. Even the sexual explorations with a partner become less about looks and more about something that goes core deep, something a lot freer, something we feel far less of a need to control. In many ways, it’s our naughty little secret that people who are past the age of beautiful sex can be horny and filthy and fuck like rabbits. Who knew? And in truth, no one really wants to know unless they’re over forty. And then that naughty little secret becomes a much-needed lifeline to something powerful enough to move us past the loss of youth and beauty into the exciting new world beyond.

Perhaps the very best thing about sex invisible is that the pressure is off. What we do or don’t do in bed is all right by us. Fewer things embarrass us, fewer things frighten us, fewer things worry us. That alone can’t help but improve ones sex life.

In some ways I think my writing reflects my own sexual journey. Most of my characters are at the sexually beautiful age because that’s the kind of story that sells. But the stories I write have moved from the skin to skin of the physical act to the whole body, three dimensional experience of the sensual act, the mental and emotional act the personal act that all add up to the total package of our sexuality. I suppose a big part of that has to do with my endless fascination with what actually makes sex so damn magical? Why is it the thing that intrigues us most about being human, while at the same time the thing that frightens us most? 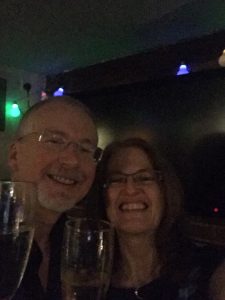 How deep our sexuality goes into our human nature becomes more visible with
experience, and experience comes with age. While it’s the air brushed, waxed well coiffed and fit sex, the visible sex of youth and beauty we want to see and read about and imagine, it’s a far bigger picture of the Self we reach when our sexuality is allowed to guide us through middle age and beyond. While we may pine for youth and beauty, we’d never want to give up the depth of sexual experience, of life experience that leads us to sex invisible and the secret smiles that maybe don’t drive story and don’t sell perfume, but sure as hell make life sizzle long past middle age.