Ann is giving away five awesome prize packages. Please use the Rafflecopter below to enter. Remember you may enter every day for your chance to win one of the prize packages. You may find the tour locations here.

Sometimes it takes losing everything… 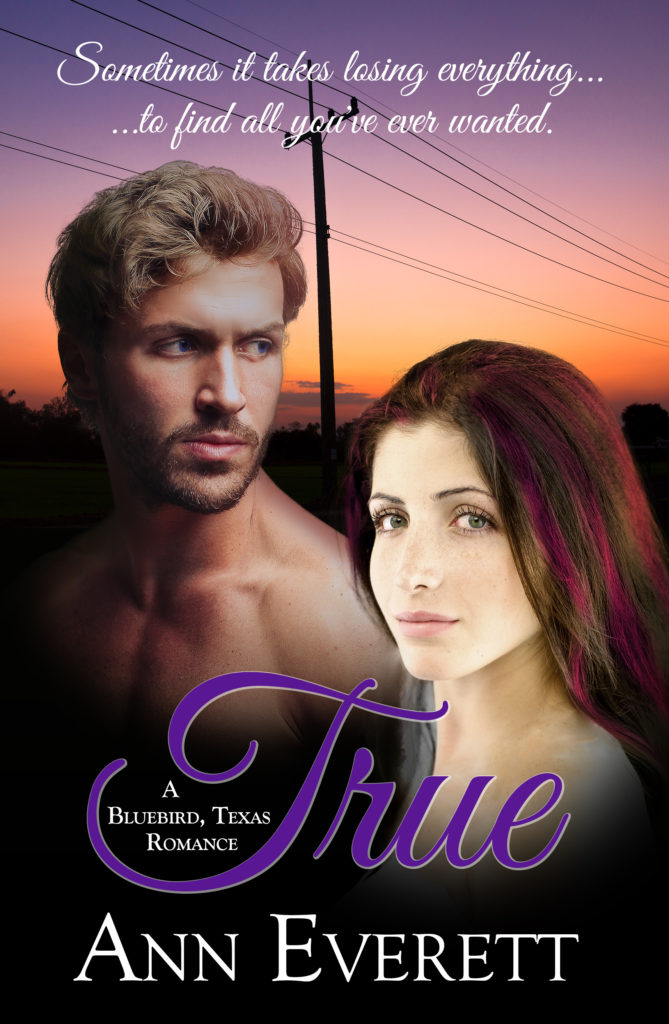 True Shanahan must be the unluckiest woman in the world. Either that or she’s cursed. After another failed relationship, True leaves Dallas with a broken heart and new attitude. It’s time to walk on the wild side. But when she makes a wrong turn and ends up in Bluebird, Texas, the only man she wants is anything but reckless.

…to find all you’ve ever wanted.

Ritter Malone is the town’s favorite son and has the local hero awards to prove it. Seems he’s always in the right place at the right time. But when he crosses paths with True, his life takes a turn he never sees coming. Her songwriting skills may be questionable, but her ability to turn him inside out is indisputable.

Where a chance meeting gives two people a chance at love. 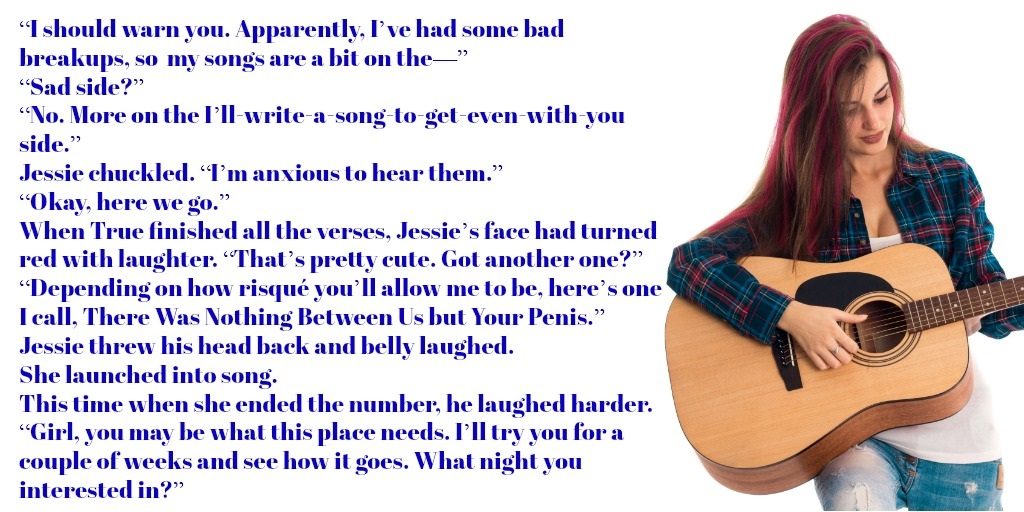 When Ritter arrived at the gym, he spotted Cole jumping rope. He stopped and glanced at the wall clock. “You’re late. Roommate didn’t have you tied up, did she?”

“Very funny. We got a dog. Stayed up playing with him. I hit the snooze one time too many.”

Cole ran a towel over his face, then his lips curled. “That’s not good.”

“What? Getting a puppy?”

“Naw. The we in that sentence sounds like a contract extension.”

Ritter stretched. “I won’t lie. I’ve gone home to an empty house so long, thought having someone there would drive me nuts, but it hasn’t—for the most part.”

Cole stepped on the nearest treadmill, turned it on, and ran a steady pace. “I gotta hand it to you. You’ve managed to sleep with her and keep your hands to yourself. Or have you?”

Ritter climbed onto the machine next to Cole’s and matched his stride. No need to confess he hadn’t exactly resisted, but he’d not passed second base—by much. Had it not been for the phone call, he would have hit a home run. He’d had the wood for it. “No.”

“Come on. No way you haven’t hit that. Especially after what you told me about her coming on to you.”

“That’s why I can’t let her stay. My resistance is wearing thin.”

Ritter and Cole’s phones sounded a text at the same time. Ritter read his, then shot Cole a look. “Turns out, we’re off this afternoon.”

Cole dropped his cell back into the cupholder. “I’ve never been to New Jersey. You?”

“Nope but looks like the storm is calling us there.” 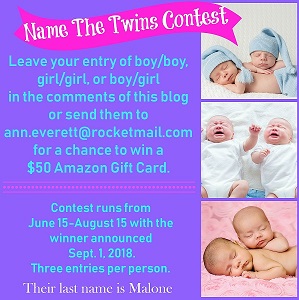 Award winning author, Ann Everett embraces her small town upbringing and thinks Texans are some of the funniest people on earth. When speaking to writing groups, businesses, book clubs, and non-profit organizations, she incorporates her special brand of wit, making her programs on marketing, self-publishing, and the benefits of laughter, informative and fun.

New Episode of Interview with a Demon → ← Summer Freebies: Indulge Yourself

2 Responses to “Ann Everett launches True with a Giveaway”