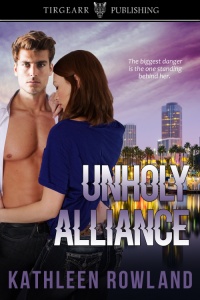 A decade ago, Tori Rourke, and her cousin, Vivienne, ran from the Irish mob after witnessing a brutal murder. Tori was framed by the mob, and while she served time in prison, she worried that the killer, Seamus McGinn, had kidnapped her missing cousin.

When Grady agrees to defend a new client, Samuel Peterson, who’s been accused of beating to death the wife of a noted professor, the evidence mounts. The professor is missing, as well as his laptop that contains data dangerous to national security.

And Seamus McGinn is back, and rumors of a massive annihilation is about to begin. As they race to assist the FBI, the bonds between Grady and Tori are about to be tested. It becomes clear Grady and Tori are falling fast for each other, but what to do about it is a different story. He’s a divorced dad who wants more time with his kid. She brings danger to his front door.

Grady has questions of his own; Is Vivienne at the center of the mob’s operation? How much will it cost Tori before she learns the truth? All Grady knows is the biggest danger is the one standing right behind you.

“Don’t let the anxiety of freedom consume you.”  Attorney Grady Donahue Fletcher clenched his teeth and rehearsed what he’d say to his client, Victoria Morningstar. He’d won her appeal and drove to pick her up at Gladstone Penitentiary. “At least you won’t be placed in solitary.” That was worse.

“Ah, the lawyer. Calling about a tip?”

“I am. Here’s something you can investigate. Tori Morningstar, did she murder Irene Brennan?”

“I wrote that story many years back,” the journalist had said. “I assume you have new discoveries.”

Three days later Grady had a hand in writing the first article in Drew Barker’s column. “The public labeled Tori Morningstar as an undesirable. Not black and poor, but disfavored, accused, incarcerated, and wrongly condemned. Her cellphone has been recovered. Her call to 911 identified her voice and substantiated screams of the victim in the background. Could she have beaten someone while speaking to dispatch at the same time?”

The reporter had written the second article. “People who get their ideas about criminal lawyers from TV probably would be disappointed in Grady Fletcher. He lacks flash but stands up straight, his posture neither ramrod nor slouched. He doesn’t smoke, doesn’t wear thousand dollar suits. His voice is soft and low, one of his assets. He speaks truth with a voice inviting confidences.”

As nice as that was, Grady’s stomach cramped over pressure and strain from Drew Barker’s final article with the headline, Tori Morningstar, Released Today. Picked up by the online service, Newser, KTLA, and CBS Los Angeles, they planned to broadcast his arrival to escort his client from Gladstone.

Tori’s decade-long prison sentence ended today but with a sobering fear over tomorrow.

When was a July morning this hot? Grady balanced her release papers on his lap as he rolled up one sleeve then the other while gripping the damp steering wheel. Sweat blossomed on his throbbing forehead, wrapped like a python’s grip. He adjusted the dial for the AC and embraced the challenge of helping another client get back on track. Embrace and conquer. Or at least sound like it.

Book Buyers Best finalist Kathleen Rowland is devoted to giving her readers fast-paced, high-stakes suspense with a sizzling love story sure to melt their hearts.  Writing a romantic suspense Irish American series for Tirgearr Publishing, Deadly Alliance is followed by Unholy Alliance.  Bittersweet Alliance is in the works. Keep an icy drink handy while reading these hot stories.

Kathleen used to write computer programs but now writes novels.   She grew up in Iowa where she caught lightning bugs, ran barefoot, and raced her sailboat on Lake Okoboji.  Now she wears flip-flops and sails with her husband, Gerry, on Newport Harbor but wishes there were lightning bugs in California.

Kathleen exists happily with her witty CPA husband, Gerry, in their 70’s poolside retreat in Southern California where she adores time spent with visiting grandchildren, dogs, one bunny, and noisy neighbors.  While proud of their five children who’ve flown the coop, she appreciates the luxury of time to write.  If you’d enjoy news, sign up for Kathleen’s newsletter at http://www.kathleenrowland.com/