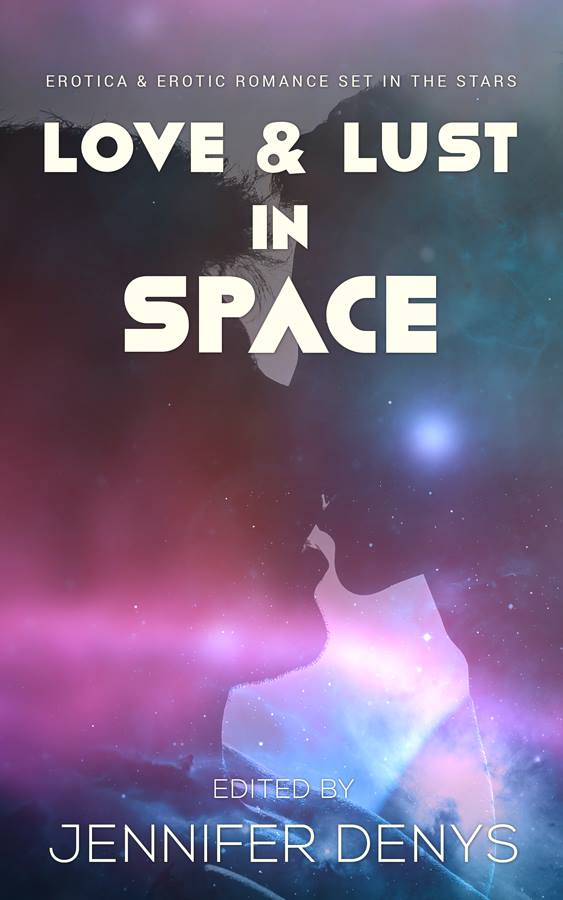 I’m so excited to be promoting Love & Lust in Space on A hopeful Romantic today! I have a very special place in my heart for this anthology, edited by the fabulous Jennifer Denys. As it turns out I had every intention of writing a story for this fabulous anthology, being a huge fan of Sci Fi myself. It was only when I got about six thousand words in that I realised ‘oops!’ This has to be a novel. As it turns out, it ended up as my NaNoWriMo project this year. BUT it was most definitely inspired by the lovely Jennifer Denys and Anna Skye last year at Smut by the Sea.

All that is a long way of saying what an absolute pleasure it is to finally see the finished anthology. I know a fair few of the authors, I’m proud to say, so you can expect fabulous stories with lots of sexy, out of this world, twists and turns. With that in mind, Jennifer has put together a wonderful Round-Table sort of interview with some of those authors and all I can say is that you’re all in for a treat!

They say your screams can’t be heard in space… Unless you have a partner or two! Eleven authors take you on a trip where any pairings are acceptable, locations vary from spaceships to strange and futuristic worlds, and interesting and exciting objects can be used in sex play.

If randy astronauts, virtual reality lovers, sex in near-death situations, a commitment-phobe human and her alien lover, and reproduction in space experiments don’t do anything for you, you are clearly not human!

So try the stories in the alien worlds half of the anthology, instead. Here you’ll find alien Doms, a mysterious gladiator saving a stricken princess, an exotic dancer, a paid assassin on the run, an illegal sonic dilda’tor, and a pleasure booth. Space has never been so exciting!

Ashe – Just a couple so far, but I’ve got the bug now and I do have a few kinky out-of-this-world ideas fermenting so there will be more to come.

Rose – I would probably be more like the sexually frustrated sidekick who’s always overlooked. But, out of these specifically, I hope I’d be the captain!

Dylan – I like to imagine that I’d be the captain who gets the guy but I think in reality (is there such a thing?) I’d end up being the nerd creating the sexdroid.

Jordan – If I were in a sci-fi show, I’d most likely by the hands-on sex therapist.

Ella – I would choose spaceship because a transporter might go wrong and a wormhole? Well, you might never get back.

H K – Transporter. Beam me up!

Beverley – Wormhole. I’ve never believed that travelling is part of the holiday.

Ashe – My story in the anthology features sex in public with a crowd of aliens looking on, but I reckon antigravity sex sounds pretty awesome too. And experimental sex. Oh, and illegal sex sounds a bit tasty. Mmm, perhaps just any sort, really.

Ian – I like the idea of sneaky sex with a crewmate, maybe in a locker or a quiet part of the vehicle, and weightless sex is a fascinating idea

Dylan – Mmm… tough choice. Whichever one results in my ending up in an alien dungeon with a sexy alien Dom, and some wonderful and weird sex technology!

Jennifer – explorer, I reckon, having first contact. Or colonist trying out new planets. I’m far too forthright to be an ambassador, would get claustrophobic as an astronaut and no good at computers to be a hacker!

Morgan – In my dream life I might be a pioneer colonist, but I don’t think the reality would be as exciting as the idea.

Dee – I suspect I would very much enjoy being abducted by a sexy alien to be their mate—but [he] doesn’t have to be hunky. A sexy, intelligent, witty blob of gel? Cloud of plasma? Sure, let’s see what we can do together.

Dee – Tell me more about their features. Actually, why I don’t I try them all before I make my decision? Is there a sample table?

Jennifer – Have to have the sonic dilda’tor since it is the title and subject of my story! (But I want to try the others out afterwards!)

Morgan – Can I choose something different like a Virtual Reality Sex Simulator – or maybe that’s the same as a pleasure booth?

Ella – A twist between the interplanetary assassin and the ambassador’s security detail, maybe the security detail who moonlights as an assassin? Oh the plot bunnies are endless.

(takes you through to the correct Amazon for your country): https://mybk.li/llis