Sex and the Personal Shopper: A Sweltering Rant 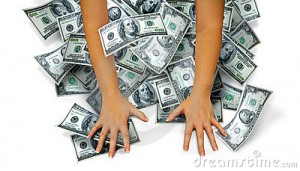 Why do I get the feeling that you only get really good sex if you’re totally repackaged in designer clothing and polished up to a sheen that only the super-rich have? And really, who has the time for that type of a total wardrobe reboot without a personal shopper? I know. It’s a post 50SoG world out there. I understand that. But Jeez! It’s astounding the number of bully billionaires who are out there in fictionland guiding their innocent young lovers to come of age in the world of rough-ish sex with the help a personal shopper from Sax 5th Avenue.

I realise those stories wouldn’t be out there if there weren’t someone, LOTS of someones reading them. And let’s face it, who hasn’t fantasized about a total wardrobe make-over and an expensive trip to the spa? But that’s looks, right? That’s surface details. I mean I hope that people like me for who I am no matter how shabby looking my track suit is. I know all the psychology and the writer-speak about having the heroine be a personality-less cypher, so we, the reader, can step right into her character and viola, designer clothes, expensive car, hot billionaire boyfriend who obsesses on us … the experience is all ours for the taking. I get that. It’s a fantasy, and we all have them. Though I confess I’d rather pour my fantasies into someone who has an interesting life and a personality with a few quirky flaws.

Growing up in a working class family, as I did, there’s another thing that bugs me about sex the Personal Shopper way. It bugs me that, in erotica and romantic fiction, ‘good sex’ has been commandeered by the rich and Personal-shopper- dressed. The young innocent, who is never rich and never very savvy in the art of looking good, is always repackaged in all things designer, all things expensive, all things chic until the drab little mouse is turned into a stunner with super model looks and poise. That done, she is now suitable for arm candy, and bed candy for the controling billionaire.

I can’t help but wonder, do only the rich and made-over get good sex, because if that’s the case, most of us are so screwed, and not in a good way either. Surely I can’t be the only one to want a bit of intelligence and grit in my fictional sex. And in my fictional heroines.

To me the rash of Personal-Shopper-made heroines in fiction feels like another attempt to sanitise sex and clean it all up so it’s acceptable for public display. It feels like an effort to convince us that the only good sex happens when we’ve been showered, plucked, shaved, waxed, deodorised and perfumed, then trussed up in designer clothes and nose bleed heels. And of course none of this can happen without massive amounts of money, so bring on the billionaire who can easily afford to keep his women all pristine and shiny before, during and even après-sex. It’s not that hard to take this trend to the next level; that good sex can only be created with the liberal use of a Platinum card. It feels to me like Personal Shopper sex takes the smell, the taste and the messy down and dirty out of sex in the same way Innocent Cypher Chick seems to have taken the personality out of fictional heroines. I can’t help but feel like this type of reading experience is thrusting soulless sex with soulless characters upon the reader.

If sex takes place in the brain at least as much as it does in the body, isn’t down and dirty in jeans and trainers in the back garden or on the kitchen floor just as hot and way more accessible than designer sex? But then again perhaps the whole Personal Shopper sex thing is meant to do just that, stimulate that hugely powerful sex organ, the brain, into a virtual reality fuck with a hunky billionaire. And the whole experience is all ours for the asking through the ‘fit-yourself-into-the-slot’ feature of the Innocent Cypher Chick.

There! That explains a lot. I’m no less disturbed by the trend, but then I am sweltering in the summer heat. So feel free to ignore my rant.  And besides, I’m pretty sure I’d be sweating through my expensive Personal Shopped clothing while waiting for my billionaire to pick me up in the limo. That’s certainly enough to disturb any Innocent Cypher Chick.