Looking for a Spooky Read?

Get ready to fill your ereader with this ghostly delights.

To celebrate Halloween, we have a thrilling collection of speculative fiction sure to give you goosebumps. From vampires to ghosts to monsters howling in the night, you’ll be sure to satisfy your Halloween fix with our free reads!

This is a serious Treat!

And you might just find a scary, sexy PNR treat in the totally delicious mix from yours truly. Go on, you know you want to. 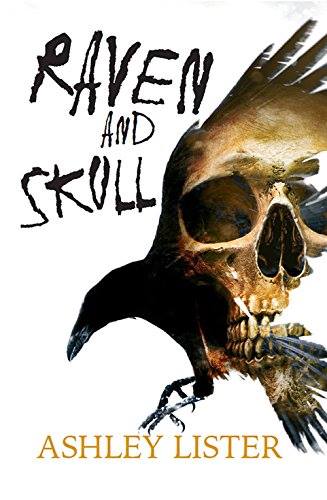 Have you ever worked in an office? Good. Then you’ll know what I’m talking about here.

I first started working in an office many years ago when I was back in my twenties. Back then computers were a novelty and fax machines were state of the art technology. Most desks had ashtrays and every telephone was a landline.

A few cynics asked me if I ‘liked’ office work. They used that sneering tone of voice that suggested I would clearly be a few sandwiches short of a picnic basket if I did like such tedium. I always answered, “Well, I’m indoors, getting paid, and I can keep my clothes on, so it’s an improvement over my last job.”

Maddeningly, most people missed the attempt at humour in this response.

But it was office work and, as happens with office work, I got to the stage where I could do the complex administrative stuff without giving it a second thought. Almost as though I was a zombie. Or an automaton. Or some soulless abominable hybrid of human and machine.

I think it was either Alan Carr or Jimmy Carr who said they’d worked in an office where a woman sat behind a desk with a sign that said, “You don’t have to be mad to work here, but it helps.” Carr explained that this particular sign was more impressive than most because the woman had written it in her own faeces.

And, whilst I’ve always found this joke to be amusing, I think it touches on a real truth.

Office work can drive us crazy. Office work, where the trivial and unimportant becomes obscenely vital to the point of psychosis, can drive us round the bend. It has made me scowl at the sound of a colleague’s laughter. It has made me hide from someone who wanted nothing more than to talk to me. In truth, office work has made me act in ways that can properly be described as horrific.

Which is why I wrote a horror novel based in an office. From personal experience I believe it’s hard to think of a more horrific environment. These are the opening lines from my latest novel, Raven and Skull.

‘Tell us about a time you nearly died, Tony.’

Heather’s suggestion was greeted by a barrage of laughter.

There were half a dozen of them sitting around the table – the last souls left in an otherwise empty bar. Drained beer bottles and lipstick-smudged glasses stood between them like abstract monuments to the memories of good times gone. The darkness outside the bar window was fading to the apocalyptic grey of another dawn.

Tony glanced at his five colleagues and flashed an automatic grin. He hadn’t yet drunk enough beer to be light-headed, but he could feel the mood around the table was shifting. The evening had started as an early weekend escape from the offices of Raven and Skull; a two fingered salute to the workplace in the time-honoured tradition of every godforsaken Friday. After a grim week working nine-to-five – a grimmer week than any of them were used to suffering – Geoff’s idea that they should get pissed and have a laugh together had seemed like a stroke of pure genius. But now, whilst the maudlin veil of melancholy felt like it was finally lifting, Tony thought it was revealing something strange, unpleasant and potentially dangerous.

Of course, the employees in this novel only have to contend with the diabolical, the supernatural, and their own dark and twisted desires. As office workers, I’m sure we all know the experience can be far more sinister. If you want to find out more about this story, please check out my blog: http://ashleylisterauthor.blogspot.co.uk/

It’s a total pleasure to welcome my dear friend and fabulous writer, Helen Callaghan to A Hopeful Romantic to share a bit of the story behind one of my favourite short stories of all time, Sex and the Single Hive Mind. Even better still, the story is now available in the vibrant new Science Fiction anthology, Mind Seed and as a podcast with CrimeCity. Enjoy! –K D

Sex and the Single Hive Mind is set in the near future. It’s a very dark story about Susannah Watson, a woman who is kidnapped and then made into an immobile living host for carnivorous algae that devours her. The result is then to be sold on as an illegal drug. All of which is terrible news for Susannah, of course, but has unforeseen side effects.

Believe it or not, it’s a comedy.

I wanted to write something about body theft – not Burke and Hare cadaver thieves, but something more like Invasion of the Body Snatchers – things that come from outside, and steal your body for their own wicked purposes. 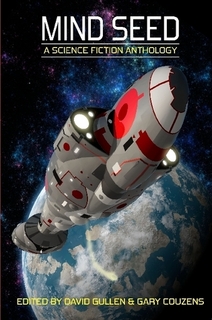 Personally, I find that kind of thing terrifying. When Donald Sutherland starts that unearthly shrieking at the end of the movie, I freaked out as a kid.

It’s the exact same wellspring of horror that The Exorcist draws from – something that doesn’t mean you well now has control of you, while you look on, horrified. Whether you are locked in there still, or your own personal will simply evaporates, the terror lies in the loss of your agency, your control over your own flesh, the very thing that is dearest to you, and is indivisible from your sense of self.

In all of these cases, the reader’s sympathy lies absolutely with the possessee, if you like – the possessing entity barely has a motive, never mind a personality (spewing out pea soup and rude words hardly counts as character).

So I thought it might be kind of cool to explore the idea of body-snatching from the body snatcher’s point of view – in this case the point of view of a divorced middle-aged cat lady who suddenly finds herself with access to the bodies of the spoiled young things that have effectively murdered her.

And I’d be lying if I said it didn’t turn out that doing this was tons of fun, but nevertheless, there is, I think, a core of sadness – Susannah has access to their flesh and its pleasures, but can’t enjoy it because ultimately her victims all reflect only herself, and her attempt to use her newfound powers to reach out to her object of desire does not go as planned.

Her absurdity and loneliness, is, in a way, also similar to the loneliness of the writer and her characters. Characters, however fascinating, are still just creations, manifestations of a single will.

Anyway, the story appears in the anthology Mind Seed (http://www.lulu.com/gb/en/shop/edited-by-david-gullen-gary-couzens/mind-seed/paperback/product-21702685.html) edited by David Gullen and Gary Couzens. The book has been put together to remember Denni Schnapp, biologist, traveller, science fiction writer, and alongside me (www.helencallaghan.co.uk) a member of the T Party Writers group (http://tpartywriters.wordpress.com) based in London, which also included KD.

Excerpt from Sex and the Single Hive Mind:

It’s not Conor this time, but Imogen. Raoul and Conor and Imogen, named for the pretensions of their parents, carriers of their bougeousie. Colonised by them.

But for now, I’m dreaming Imogen. I know this because she’s in a tiny neat kitchen, looking at our mutual reflection in the darkened window. She still looks supercilious even with no-one on hand to disapprove of. I suspect that it might just be a cast of her features, something she can’t control but which her character does little to mitigate.

She’s washing dishes. She’s doing this very slowly, as she’s obviously drugged out of her tiny mind. I can taste the sharpness of cut grass in her mouth.

She’s eaten half a piece of steamed fish and boiled vegetables, without salt or pepper. I know this and am not sure how. My/her hands stir through warm soapy water.

Time to try it, then.

Her head raises, she looks into the window.

“My name is Susannah Watson.”

The words emerge without ceremony. I don’t know what I was expecting, to be honest. I thought perhaps there might be some sort of intense psychic battle, where I warred for dominance against her innate personality, but she doesn’t appear to have one. Her body is an empty house and I control it utterly, without let or hindrance.  The drug has reduced to her to a series of mannerisms, which fill her head like ugly furniture left behind by the previous tenants.

“My name is Susannah Watson,” I say again. My voice is a stranger’s, filled with unfamiliar music. “I am fifty-two years old. I am a detective in the Metropolitan Police, Smithfield division. I have two cats and one ex-husband. I have been… I am…”

My voice fades away.

Imogen stares back blankly at me from her reflection.  From my reflection.

It’s too much, too much, and I fly, back to my concrete room. I linger there, my consciousness circling above my green body, buzzing. I see what is happening. I have colonised the flies. They ate me, and I fill them. Spider-Girl ate the flies, and I filled her.

I understand, I think.

I gather myself. I tell myself, “I want to be Imogen now.”

“Take me to Imogen.”

I summon up the memory of being her, of hot soapy water over my hands, of the taste of cut grass.

I’m standing in the kitchen again, as if I had never left. She has not moved in the meantime, as far as I can tell, and a little trail of saliva drips down from the corner of her semi-open mouth.

I wipe it away with one of her wet, soapy hands, fascinated by her soft, unmarked skin against my face. She must be thirty years younger than me, at the very least.

“I am Susannah,” I say, and my voice rolls with confidence. I laugh then, and the girl in the window’s reflection laughs with me. In a bare instant, her superior squint vanishes and I shine out of her, like the sun breaking through fast passing clouds.

Enjoy a podcast of the complete Sex and the Single Hive Mind here:

The anthology, Mind Seed,  celebrates Denni’s interests and all of the proceeds go to Next Generation Nepal (http://www.nextgenerationnepal.org), who are an anti-child trafficking organization. We had the launch at LonCon 3 in the ExCel centre in London, and we’re all very proud of the book and hope it will do well. 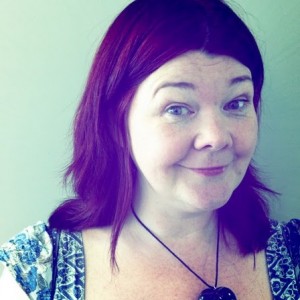 Helen Callaghan writes genre fic­tion inspired by her love of intel­li­gent books and brain­less movies. Her first novel, Mephistophela, is set in a near-future Lon­don and inspired by ele­ments of Marlowe’s Doc­tor Faus­tus. She is cur­rently work­ing on Bethan Avery, a psychological thriller about a teacher who receives letters from a (presumed) murder victim.

She lives in Cambridge with a hamster called Zenobia, a beloved car, some muti­nous house­plants and too many books. Her per­sonal web­page and erratically updated blog describing the writing of Sleepwalker and Mephistophela is here. She is rep­re­sented by Judith Mur­ray atGreene and Heaton.