Black Friday at a Hopeful Romantic means BOOKS! We bibliophiles are always looking for book bargains, and here’s one you won’t want to miss. Totally Bound and Pride Publishing are having a massive one day sale! 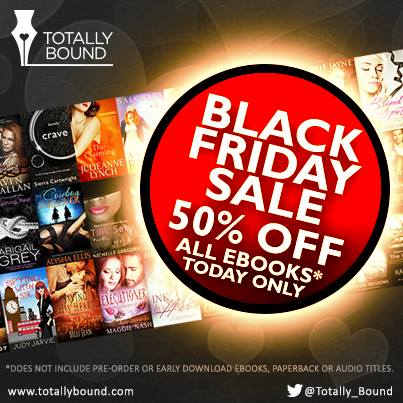 50% off all eBooks from Totally Bound and Pride Publishing today only.

And that includes The Tutor!

If you’re in book-buying mode, and ready for instant gratification — and who isn’t when it comes to books — you can link straight to the all eBooks pages here: 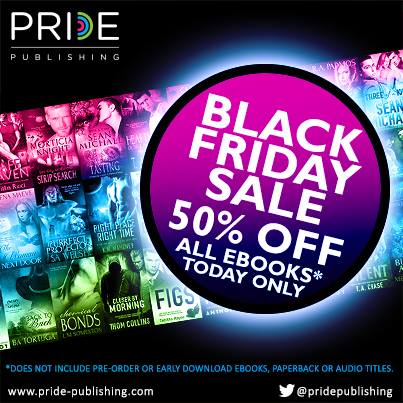 And now to tempt you, here’s a little excerpt from The Tutor.

The man perched on the edge of the counter, just far enough away that she couldn’t easily touch him. He had kicked his shoes off and his own nipples peaked to bullet points through his white polo shirt. That would have been enough to hold her attention indefinitely had it not been for the heel of his hand stroking the very obvious, very anxious erection through his jeans.