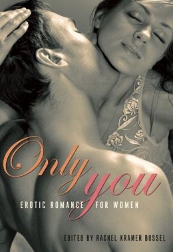 Lena has a secret ‘down there,’ a secret she’s ashamed of, embarrassed by. But her shame is Simon’s absolute delight, and when he discovers her delicious secret, embarrassment is replaced by lust and lust leads to a whole new world of possibilities.

Suddenly she was serious again. “I thought about… You know, having surgery, making them smaller.”

“Fuck that!” He gulped a harsh breath and paled. “That would be like erasing the Mona Lisa’s Smile.”

“So what?” His hand had begun to knead and caress and make tight little circles higher and higher on her thigh.

She shifted beneath his caresses, almost without thinking adjusting her perch on the sofa to ease his efforts. “They’re just so sensitive. They’re… Well I think they’re at least as sensitive as my clit. She glanced into his eyes, blushed hard, then focused her attention back on his relentless hand. “You have no idea how good it feels, even the touch of my panties down there. But…”

His breathing had accelerated again, and his cock strained denim. “Tell me.”

She shifted and leaned into him, suddenly anxious to talk to someone about what had been her secret pleasure and shame for all these years, someone who seemed to understand. “The rub of the panties, that’s just the start. I often don’t wear them because, well it’s more comfortable for me without them, less… distracting.” She nodded down to her crotch. “You saw how big my lips are. Even when they’re not aroused, which they almost always are, I have to be careful how I sit down.”

“Does it hurt?” He breathed.

He was wide-eyed, pupils dilated. His voice had gone suddenly throaty. “You don’t?”

Buy Only You Now