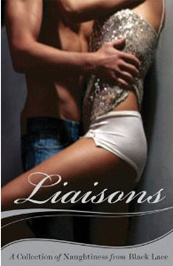 Archeology at its dirtiest

Just then it began. The first ray of sunlight sparked against the entrance of the passage, then ignited into a starburst of brilliance nearly blinding them as it hit their light-deprived eyes. It moved along the passage, over the wall, and Dan Martin was suddenly bathed in flame-red light. They both gasp.
He pulled her close and whispered, ‘I think we have penetration.’ His breathing accelerated.

‘You’re not still claustrophobic, are you?’

‘Don’t you feel that?’ His hand kneaded hers where it lay close to his dick. ‘If this site was used for fertility rites, isn’t it possible they put strong spells on this place, because something feels really amazing.’ He lifted his face to the light, and from where she sat still bathed in darkness, she could make out the pulse in his throat, the expansion of his chest and the press of nipples through the now dusty polo shirt. Suddenly her own nipples ached as her eyes followed down the light bathed line of his body to the very clearly defined erection scant millimeters from her palm.