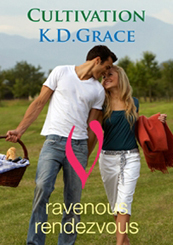 Fun on the farm

There in the porch swing, sat a stranger. Cassie quickly stepped back into the shadows before he could see her. Still she stood close enough that she could make out the rise and fall of his bare chest beneath dark erect nipples set high on tightly puckered areole. She knew her father had hired someone to help with the chores during the summer. Not only had he kept it secret how they could afford such a luxury, but he also hadn’t bothered to tell her that the hired hand was none other than Apollo himself. And tonight, Apollo was naked! His eyes were closed, face raised to the moonlight. The shifting of his hips gave the swing just that perfect motion…