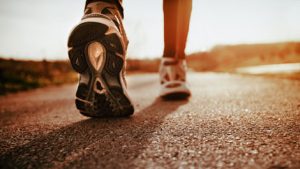 In early January, the universal urge to be ‘better’ in the New Year is nearly palpable. But this year, in addition to the usual January dark days and foul weather, glum is everywhere. I’ve never seen so many gloomy faces. Face Book is full of status updates about Dry January, diets that should have been assigned to horror novels and workouts from hell — all attempts to make us better, by god! Even if it kills us!

The days are getting longer. We’re getting more sunlight, more warmth — oh maybe not much just yet, but we’ve finally turned the corner on the dark days. It’s all happening now! Spring will come, buds will bud, and the season will turn again. Rather than glumming our way into the New Year like naughty children being punished, it does seem to me that
we might want to approach this new beginning more like it’s a wild beast that we’re seriously hoping to befriend — not to tame, because where would be the fun in that? I’d like to take that analogy one step further and suggest that maybe it’s actually our own wild beast that we need to be communing with instead of browbeating our inner naughty child.

I’m not saying that it’s not a good idea to drink less or eat healthier, to get a little fitter, write more, be more creative. Those are all good things. I’m just saying that life is too short for us to begin the new year dreading the Herculean
austerities we’ve set before us.

Giving up something, or setting goals that intimidate us and defeat us before we even begin is counterproductive. It’s also abusive to ourselves. If that wasn’t the case, then why are we so glum? After all, we are implementing those goals and resolutions to better ourselves, right? Bettering ourselves is a hateful phrase, when you think about it. Isn’t it possible that we’re already really amazing human beings, and we just need to remember that? Shouldn’t there be some celebration in that fact somewhere? The chance to challenge ourselves, the chance to celebrate and uncover the best in us, is an exciting opportunity to make better, rather than more austere choices. It’s the opportunity to dig deeper, to know ourselves better, to explore some of the vast uncharted territory within ourselves. Instead of treating this new beginning like a trip to the time-out chair in the corner, perhaps we should treat it as the incredible journey it is, the journey closer to ourselves.

I would suggest that we embrace the beast. Isn’t it possible that our overindulgence leading to the austere resolutions for 2017 are perhaps the wild beasts longing for a little more reason to celebrate, perhaps something a little kinder, something that’s maybe more of an actual challenge than a hardship or a punishment? I think we quite often mistake embracing the wild beast with overindulgence, when the wild beast within is really the powerful self that has what it takes to prowl into the New Year on softly padded tiger paws, but is always prepared to use claws when necessary.

Yes fit and healthy and not hung over and a little better organized are all good things, but the real challenge is how we 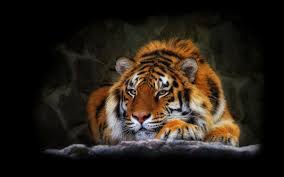 view ourselves in relation to those goals, and how we get to those goals in a creative way that takes us closer to befriending that wild beast and helps us understand that those resolutions are, at the end of the day, just surface improvements. The choices we make in how we go about achieving those goals make the difference in whether or not we succeed and how much we grow and discover on that incredible journey to ourselves.