The Psychology of Dreams 101 Episode 15 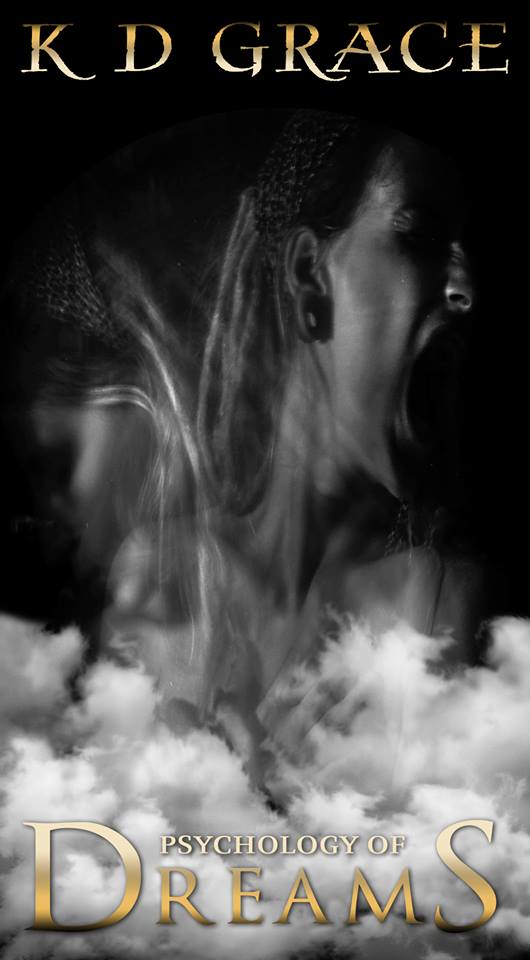 Welcome to the next instalment of The Psychology of Dreams 101, in which Leah tries to stay awake.

If you missed episode 14, find it here.

“Dream with you one last time? Are you crazy?” The chair went over backward as Leah pushed away from him and edged toward the door shaking her head wildly. “Wasn’t that enough?” She nodded to his dream journal. “Do you really want to end up like Diana and Doctor Clyde? I sure as hell don’t. I couldn’t get out, Al. I couldn’t get out of the goddamned dream until I killed you and Doctor Clyde. What will I have to do to get out of it this time?”

“No! Al, I’m sorry but I can’t. I just can’t.” She threw the door open and fled leaving her dream journal where it had fallen. The damn thing had caused her more grief that she could have ever imagined. She hoped to God she never saw it again.

She drove around the city for a long trying to clear her head, trying to get the thought of what she and Al might do if they dreamed together out of her mind. If it was good, it would be really good, probably deliciously filthy sex. But even great sex wasn’t worth the risk of what could happen if things went bad. Lost in her thoughts as she was, she hadn’t noticed that she’d turned onto US 26 and was now heading up over Mount Hood. Jer stomach summersaulted as she realized she was going to the campground where Al had taken her, that she was going there almost on instinct. For a second she was terrified that this was something Al and Doctor Clyde were forcing her into, and she was still dreaming. But it was broad daylight. The sun was shining, and she was wide-awake. She was certain she was awake.

She pulled into the campground where they had been together in the dream. It seemed so normal in the sunlight. She got out of the car and walked to the place where they had nearly made love. In spite of the nightmarish turn of events, she still tingled at the thought of what could have happened if the dream had been like her fantasies of Al, the ones she’d masturbated to at night alone in her bed. But it hadn’t. For a long time she sat on the grass and listened to the sound of the water flowing over the rocks. Then she got back into her car and drove to Eddie’s Diner.

When she arrived, the lunch crowd had long gone, and there were only a few stragglers dotted throughout the cheerful space serviced by one lone waitress – not the one who had been working in the dream. There were no familiar faces, nor did she expect there to be. She sat in the same booth she’d been in with Al and ordered a Diet Coke and a burger basket, which she ate for courage as much as anything. Once she’d eaten, she’d go back to the Adult Education building and withdraw from the class. She hated the thought of not seeing Al anymore, but there was no way in hell she was going to dream with him, and he didn’t strike her as a man who would take no for an answer – not after all that had happened. By the time she’d finished the last of her fries and paid, she’d made up her mind that she’d just call the administration office, then she didn’t have to go back at all. That was better still, and it took a lot less courage.

Back home, the first thing she did was withdraw from the class, sighting personal reasons. It didn’t take long, then she said a little prayer to all the gods she could think of that she’d never dream again. She didn’t want to dwell on Al, on all of the delicious places her fantasies had led her during her few weeks in the class. She didn’t want to think about where things might have gone if the damn dream hadn’t gotten in the way. But more than anything, she didn’t want to dream ever again.

By the time she’d cancelled the class, she still had hours before bedtime, so she settled in front of her computer with coffee and a Snickers bar. She never came to the end of her work. That was just the way of things, but she was more than a little surprised to find that, while there was the usual avalanche waiting for her, it was nothing out of the ordinary, nothing she didn’t face every morning when she settled into her desk for the day.

It did something to her head to think that while it felt like she’d been away for ages, it had only been one night. She’d woken up in the morning just like she always did. She wasn’t Rip Van Winkle who had slept for twenty years while the world around her went on. She wasn’t sleeping beauty sleeping forever until the handsome prince could kiss her awake. She wasn’t Diana, who had stayed in the dream and died in a coma. She was just someone who’d had the hell scared out of her from the craziest nightmare in the history of nightmares. That was all, just insane nightmares. She tried not to think about how the whole debacle in the dream world ended up in Al’s dream journal instead of her own. She tried not to think about the implications of the two of them dreaming together. She knew he must be excited about the possibilities, but she most certainly was not.

For the first time, she was thankful for the heavy workload, thankful that there was no way she would get it finished. As bedtime came, she decided she wasn’t sleepy and that she would work another hour. She made coffee and kept at the computer. Another hour past, then two. She ordered a pizza from the all-night place that had just opened up the road. By the time it arrived, she was no longer working, but had settled down on the sofa to watch a movie before she went to bed. One movie turned into a marathon and when her alarm went off at 7:00, she was just watching the last of The Truth About Dogs and Cats. She was still not sleepy, she convinced herself. She had lots to do. She showered and went grocery shopping, then she cleaned the kitchen and the bathroom. While she was at it, she vacuumed the whole house. No, she was definitely not sleepy. It was a good time to take advantage of all the energy and do the things she’d been putting off.

By evening, the house was spotless, the laundry clean and folded, the larder full to overflowing and the car was washed and detailed. She’d even cleaned out her closet. She slouched on the sofa listlessly channel surfing with the remote in one hand and a half-drank Diet Coke in the other. Sleep was inevitable, and even as she longed for it, she dreaded it. If she dozed on the couch with the TV on maybe she wouldn’t dream, maybe she wouldn’t get comfortable enough to go to that unwanted place – with or without Al. Still, no matter how uncomfortable she made herself, she couldn’t keep from nodding off, then jerking back into consciousness with her heart pounding in her chest as she drank more caffeine and doubled her efforts with the remote. It happened once, then again, and then the third time, it was the ringing of the doorbell that dragged her back to consciousness with a little yelp of surprise. Feeling muzzy-headed from lack of sleep and her body’s efforts to force the issue, she stumbled to the door before she considered who it might be, a mistake she regretted when she saw it was Al.

“They told me in admin that you’d dropped the class.”

When she only nodded, he sucked a deep breath and squared his shoulders. “Leah, please don’t shut me out. Just listen for a second.”

“I’m not dreaming with you and that’s that.” She turned away from the open door, and he followed her in, shutting it behind him.

“Then make love with me.”

She whirled to face him unable to do more than offer a couple of fish gasps before he closed on her, took her into his arms and kissed her softly enough not to feel threatening, hard enough, insistent enough, to get her body’s full attention.

He kissed her again, this time with just a flick of his tongue. “Sh! Don’t talk, just listen. Haven’t we both wanted each other almost from the beginning? I mean the dream we shared wasn’t all about Derrick and Diana, some of it was about our attraction to each other, about us never quite being able to connect because he kept interrupting us – Derrick’s I mean. He kept insisting that neither of us would get any satisfaction, any relief until we were punished.” He curled a finger under her chin and forced her to meet his gaze. “I think we’ve both been punished more than enough, don’t you?”

“It was a dream, Al. You said it yourself, Doctor Clyde is dead.” She laid a hand on his chest, pretty sure she should have pushed him away, but instead she just left it there next to the pounding of his heart.

“Maybe so. Maybe I did think I deserved to be punished on some unconscious level, maybe I projected my feelings of guilt onto you. I don’t know. What I do know is that this dream, because it belonged to both of us, is way too complex to analyze by the book. Besides dream symbols often have more than one meaning.” He kissed her again and

Suddenly she was wide-awake. Leah had to admit she wanted Al in the worst way. It was her crush on him that had caused her to enroll in his class in the first place. But she’d certainly gotten way more than she’d ever bargained for. Even that went out of her head as he slid his hands up under her t-shirt and down into the waistband of her sweat pants to cup her ass cheeks in a large calloused caress. Wide-awake! She was definitely wide-awake! She was worse that a teenager where sex was concerned. She got it so seldom, and on those days when she was particularly horny, she was pretty damn good at keeping sex for one going as long as her fantasies held out, and that was awhile. Many of those fantasies, she reminded herself, were about Al. Oh yes! She could stay awake for this.