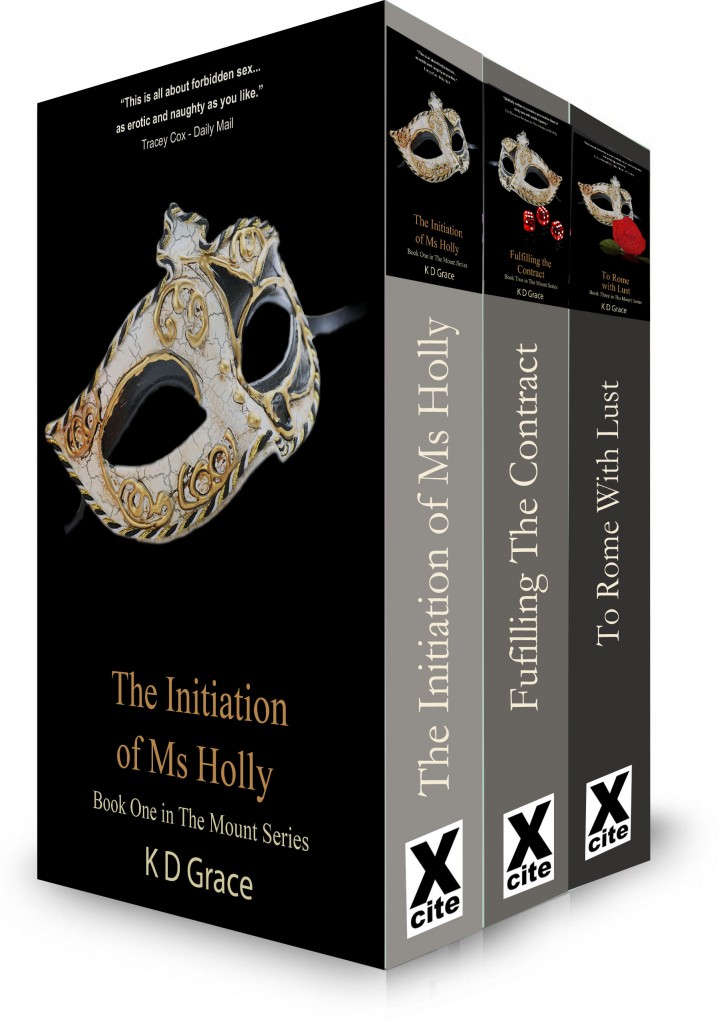 Rita Holly’s sexy initiation; the strange contract Nick Chase fulfils for Elsa Crane; Liza Calendar and Paulo Delacour’s formulation of an exclusive perfume derive from the scent of sex – the cult of The Mount is behind them all. Shrouded in mystery and grounded in sexual exploration, The Mount is world-wide and ancient, its existence known only to its members who keep its secrets from generation to generation. Together for the first time in one volume, the accounts of The Mount in London, Las Vegas and Rome — three novels, three wild romps of lust, sexual largesse and love.

The Initiation of Ms Holly, Book 1 of The Mount Series:

Fulfilling the Contract, Book 2 of The Mount Series:

To Rome with Lust, Book 3 of The Mount Series:

Elsa tossed the headset back onto the dressing table and rubbed the back of her neck. ‘Mr Chase, unless you want to fullfill Tanya’s contract for her, this conversation is over. It’s been a long day, and I’ve had enough. Pagan will escort the two of you back downstairs and since Tanya no longer works for me, I don’t care if you fuck her brains out. Now if you’d –’

Suddenly all eyes were on him. ‘Tell me what to do and I’ll fulfill the contract for her.

Tanya gave a little yelp that sounded like a kitten in distress and Elsa laughed out loud.

‘Mr Chase, you don’t even know what Tanya’s contract involves.’