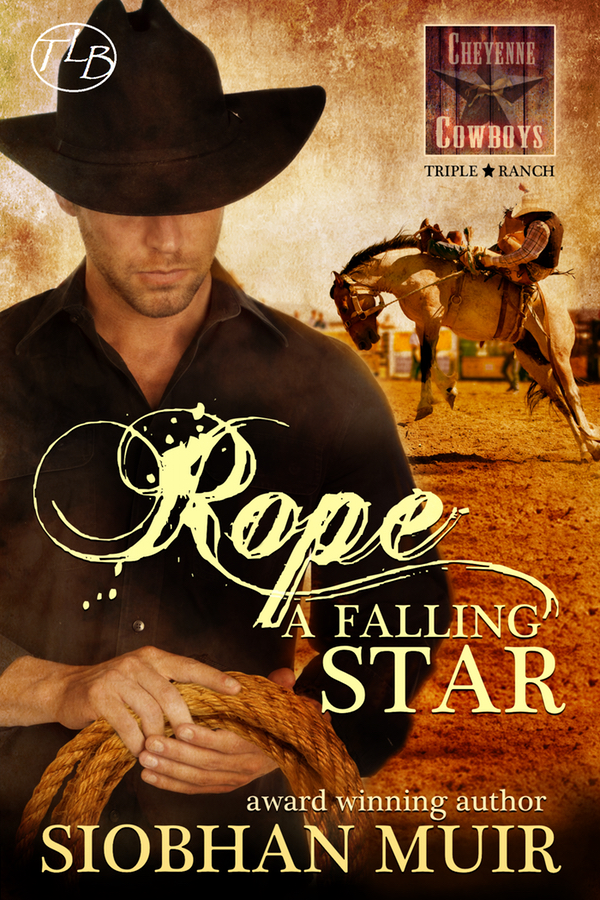 I’m very excited to have Siobhan Muir on a Hopeful Romantic today. I met Siobhan in Las Vegas in 2011. Since then she’s moved to one of my favourite parts of the world, Cheyenne Wyoming — true cowboy country, and who could not be inspired by the real thing. Welcome Siobhan!

My new release is ROPE A FALLING STAR, book 1 in the Triple Star Ranch series, and is all about Cheyenne Cowboys. I moved to Cheyenne in 2014 and experienced Cheyenne Frontier Days for the first time. It was awesome. The horses and wagons for the parades walked right past my front porch. I sat and drank coffee as the best parts of the parade ambled past.

One of the things Cheyenne does for its emergency preparedness is make pancakes. Three times during the 10 day run of Cheyenne Frontier Days, it feeds pancakes and ham to anyone who wants it in an effort to see if they can feed the city should the infrastructure fall. The funny thing is, Cheyenne has a population of 65,000 during the year, and it swells to 170,000 during Cheyenne Frontier Days. And they feed them all. I think Cheyenne’s in good shape.

Last year I was sitting on the grass of the Cheyenne Depot Plaza eating my pancakes when a cowboy (and there are a lot of them around at that time) limped past me. He probably was in his late twenties, maybe early thirties, but he walked like a man three times his age. I suspect he was a rodeo cowboy, bucked off and beaten by the animals he chose to try to ride, and I suddenly had a storyline and characters just from him walking by.

Only the best stars fall…

Three time bronc-riding champion Tom Colton’s dream of a fourth title ends when he draws Wooden Nickel, a mean little bronc with more twists than a maze. With his heart no longer in rodeo, he figures it’s time to go home to the Triple Star Ranch, the PTSD therapy ranch he and his dad founded to help others with trauma in their pasts. Tom just wants a little time to nurse his hurts and consider his next move.

Amber Hillcrest started out as a Triple Star client and stayed on as a massage therapist. Her dog Nimbus keeps her PTSD in check, but her heart remains bruised. She knows she’s too old and too broken for love, especially with the son of her boss, but he’s hot enough to fill her fantasies for years to come.

Amber tries to keep it professional between them, but Tom proves too irresistible with his big heart and charm. But someone is sabotaging the Triple Star and the neighboring Fantasy Ranch, and an ex-girlfriend keeps coming around, trying to reconnect with Tom. Tom’s hands are full of problems instead of the luscious massage therapist. But when Amber gets kidnapped, Tom will move heaven and earth to get her back and tell her how he truly feels.

In the course of writing this story, the second story in the series became clear, too. Tom’s father Trip Colton has been single ever since his wife, Tom’s mom, died of cancer when Tom was only three. Trip figured he’s had the love of his life because no other woman has ever captured his attention.

Enter Henry Bright, a country rockstar sensation who walked away from his career and his music deals because he didn’t like the sycophantic politics of it, the money rather than the music being the motivation. Henry is unapologetically gay and returns to Wyoming to get a job as a ranch hand and veterinary assistant on a PTSD ranch next door to his friends the Knights, who own the Fantasy Dude Ranch. And he meets Trip, who’s damn near 35 years older.

But Trip’s not gay, at least not that he’s considered. But when he meets Henry, his heart stirs just like it did with his wife. Best he can tell he might be bisexual because he wants Henry. The problem is, Henry has a hang-up about bisexuals—like many gay and heterosexual people, he believes bisexuals are more likely to cheat because they’re attracted to everyone. This is a limited view, and not correct at all, but the stigma and belief remains in many communities.

But Trip isn’t attracted to anyone except Henry and he must prove that Henry holds his heart no matter his gender. See? All that from one limping cowboy. 🙂

Thanks again for having me here today and here’s an excerpt of ROPE A FALLING STAR.

Excerpt of Rope a Falling Star

The dog cocked her head at Amber and opened her mouth in a doggy grin. Amber met the grin with a shiver of excitement and amazement. Tom Colton had been her crush ever since she arrived at the ranch as an employee, but she’d kept herself away from him. He was the boss’s son, actually a boss himself, and she didn’t want to do anything unethical.

Some of the panic from her proximity to the fire retreated as she drove her Jeep away from the Fantasy Ranch. She’d often fantasized about getting her hands on Tom, but those fantasies hadn’t involved massages. Many of them had included heavy petting and hot, sweaty sex. She’d never admit it aloud, but she’d wanted to see Tom naked from the moment she’d seen him saunter through the lodge of the Triple Star. Of course, she’d been a guest then receiving her own therapy. But that didn’t stop the daydreams.

She gripped the steering wheel until her knuckles turned white. Sweet mercy, she’d be touching his sexy body and have to keep it professional.

You could always turn him down.

She moaned. No way in hell would she turn him down. That’d be like looking a gift horse in the mouth. She might lust after him, but she could be professional. I hope. She’d just have to pretend he was any other client seeking physical relief.

Oh god, that’s not what I meant.

She pulled into the driveway of the Triple Star and white-knuckled it all the way to the lodge. She had to give him a

massage—wanted to, really—but she needed to find her composure first. It wouldn’t be right to drool on her boss’s son while rubbing his shoulders.

Of course, I could drool over his cock instead.

I’ll have to do him tonight. Oh, jeez, why did every thought have a sexual innuendo attached to it? She definitely needed some happy time with her electric cock. She threw the Jeep into park and watched Tom’s truck pull up beside her. She needed a little bit of time to prepare her workspace for him, and that would give her time to get her libido under control.

“I can be a professional with Mr. Tom Colton, right, Nimbus?”

Her dog tilted her head in confusion and yipped.

That’s not an encouraging response.

Sighing, Amber opened the door to her truck and held the door long enough for Nimbus to jump out. The mutt sat down at her feet and waited for instructions as Amber took a deep breath. Tom strode around the back end of his truck, looking sexy as hell despite the distinct hitch in his giddy-up. He’s sore, jacked up, and twisted. Oh lord, there were those innuendos again. But she read the pain and tension just in his saunter, and the massage caregiver took over.

“So, how does the schedule look?” Tom pushed his hat back on his head and gave her a tired smile.

“It looks good tonight if you have time. Give me an hour to set up the table and my stones, and I’ll be ready for you.” She returned his smile, trying to ignore her inner trollop batting her eyes and licking her lips. “Would that work for you?”

“Yes, ma’am, that’d be just fine. Should I shower first?”

The fantasy of hot water sluicing off his body and finding every slick bump and valley on his torso filled her mind. She had to swallow hard before she could find her voice and professionalism.

“Y-yes, that would be a good idea.” She nodded and straightened her shirt to hide her blush. Wouldn’t it get dark soon? She really needed the anonymity to hide her traitorous emotions.

“All right. I’ll meet you back here in the lodge in about an hour.” He gave her a smile that made her heart flutter and her pussy spasm. 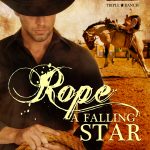 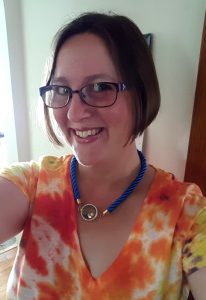 Siobhan Muir lives in Cheyenne, Wyoming, with her husband, two daughters, and a vegetarian cat she swears is a shape-shifter, though he’s never shifted when she can see him. When not writing, she can be found looking down a microscope at fossil fox teeth, pursuing her other love, paleontology. An avid reader of science fiction/fantasy, her husband gave her a paranormal romance for Christmas one year, and she was hooked for good.

In previous lives, Siobhan has been an actor at the Colorado Renaissance Festival, a field geologist in the Aleutian Islands, and restored inter-planetary imagery at the USGS. She’s hiked to the top of Mount St. Helens and to the bottom of Meteor Crater.

Siobhan writes kick-ass adventure with hot sex for men and women to enjoy. She believes in happily ever after, redemption, and communication, all of which you will find in her paranormal romance stories.

2 Responses to “Siobhan Muir’s new release, Rope a Falling Star, is inspired by the Real Thing”