Seelie will be giving away some great ebooks for this tour. Please use the Rafflecopter below to enter. Remember you may enter every day for your chance to win one of the prize packages. You may find the tour locations here. 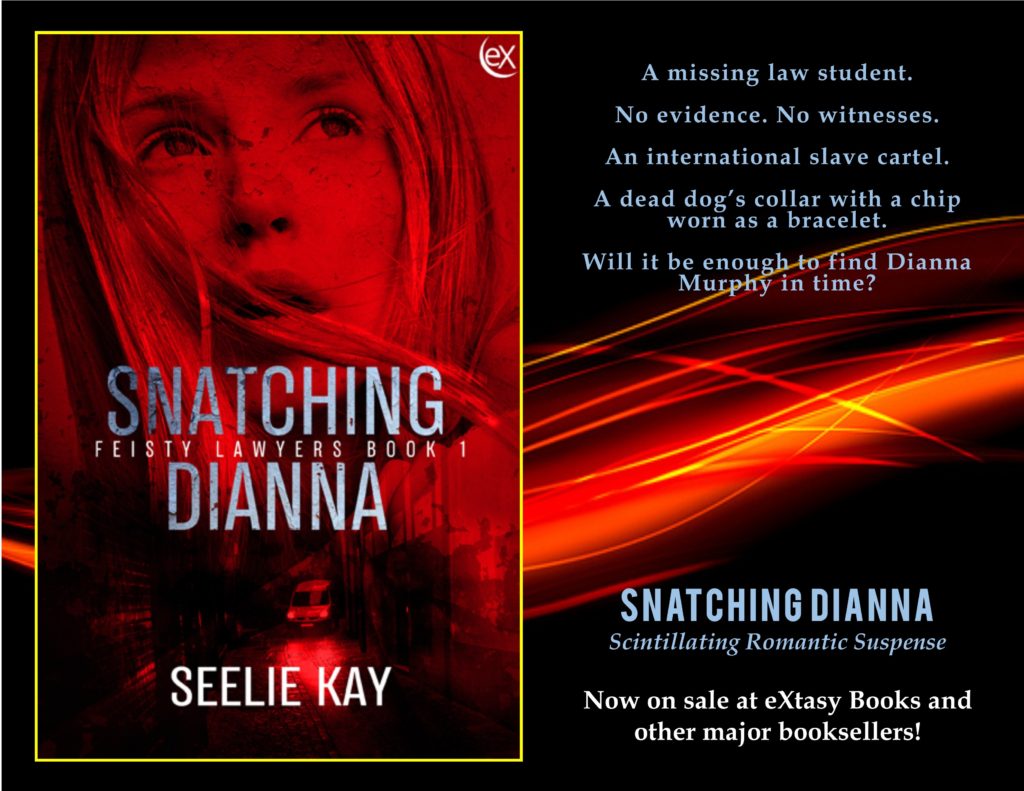 The hours are counting down as investigators try to prove that Dianna Murphy has been snatched. Unfortunately, without witnesses and solid evidence, all the police really know is that she is missing.

When suburban Milwaukee law student Dianna Murphy fails to connect with her roommate, there is no real evidence that she has been snatched. Until Law Professor Janet MacLachlan, a former covert agent, discovers a single clue, one that points to a taking by a slave trafficking cartel. In a race against time, Janet recruits her husband, secret agent Cade Matthews, small-town Police Chief David Manders and his wife, criminal defense attorney Julianna Constant, and other law students to uncover the truth. Can they prove she has been taken, before Dianna disappears without a trace? 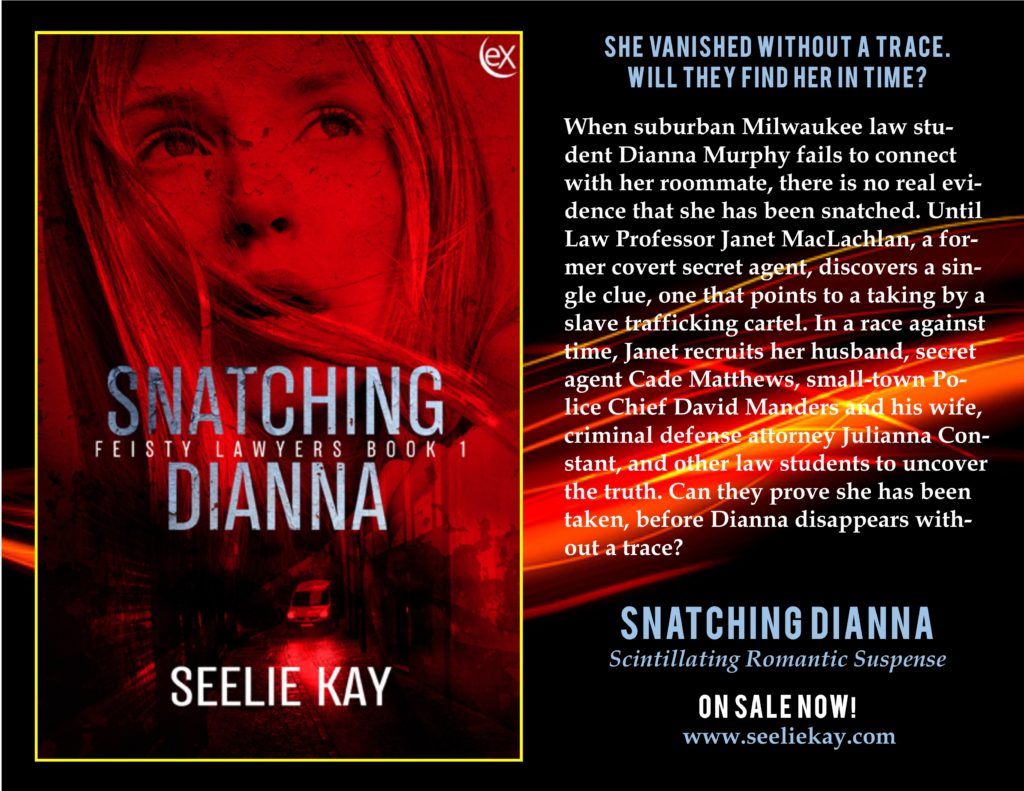 After what seemed like hours in the sweltering van, it lurched to a stop.

Dianna heard a man bark orders. A door to the van opened and someone pulled the rope from her feet, then removed her hood. She took a deep breath. A man grabbed her by the arm, forced to her feet, and pulled from the van. Dianna stumbled when she hit the ground. The stones were hot and her feet were covered by athletic socks, no shoes. Show no weakness.

Dianna immediately surveyed her surroundings. It was still night, but she was in a well-lit courtyard. A large stone mansion stood in front of her. She looked to her right, then her left. The courtyard was enclosed by a large stone fence, at least eight feet high. A fortress. Fortunately, Dianna was a rock-climber. She could rappel over the fence with the right equipment. All she would need was something to serve as a pick, maybe a rope. A knife, a screwdriver, even a fork. Keep your eyes and ears open. Be ready.

A large black man, dressed in a white suit and a maroon turban, walked out of the front door and down the stairs. He stopped and flashed a malevolent smile. He flung his arms wide and in a cultured baritone boomed, “Welcome to paradise, ladies. I hope you enjoy your stay.”

Some of the guards laughed.

Dianna glanced sideways and for the first time, got a look at her new friend. She was tall and thin, her body well defined. She looked strong and aware, almost fierce. Her eyes seemed to be studying the place, taking everything in. She showed no fear. Instead, she seemed interested. Something was off. Tillie did not act like a victim as the others did. She was not cowed. Was she a cop? Or like Dianna, someone who would not permit themselves to be broken?

There was only one thing of which Dianna was certain. She had found a friend. A useful one. 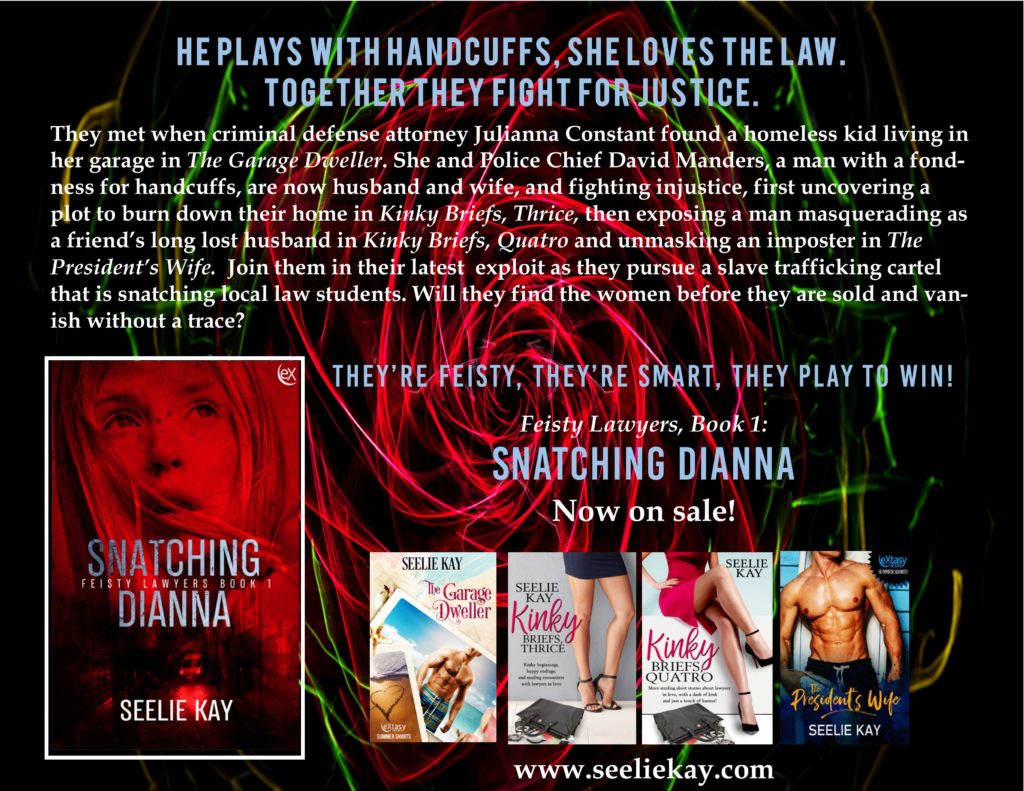 Seelie Kay is a nom de plume for a writer, editor, and author with more than 30 years of experience in law, journalism, marketing, and public relations. When she writes about love and lust in the legal world, something kinky is bound to happen!  In possession of a wicked pen and an overly inquisitive mind, Ms. Kay is the author of 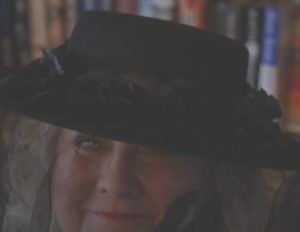 multiple works of fiction, including the Kinky Briefs series, The Garage Dweller, A Touchdown to Remember, and The President’s Wife.

When not spinning her kinky tales, Ms. Kay ghostwrites nonfiction for lawyers and other professionals. She resides in a bucolic exurb outside Milwaukee, Wisconsin, where she shares a home with her son and enjoys opera, gourmet cooking, organic gardening, and an occasional bottle of red wine.

Ms. Kay is an MS warrior and ruthlessly battles the disease on a daily basis. Her message to those diagnosed with MS: Never give up. You define MS, it does not define you!