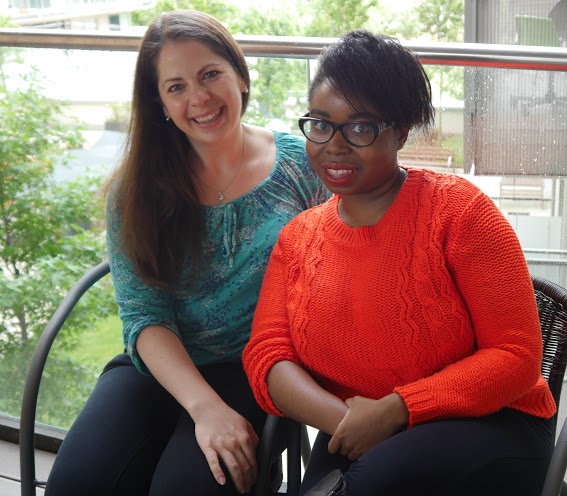 around female sexuality, its problems, pains and pleasures.

Theirs is a plan, I can happily support. With that in mind, I invited them to a Skype interview so that they could share it all with you. The interview was so full of exciting information and so intriguing that it will be in two parts. The first one is here on my blog today, and the second half will be on The Brit Babes Blog on Monday the 23rd of May. Be sure to put that date on your calendar. You won’t want to miss it.

A Scarlet Lady is a woman who is or wants to be in charge of her sexuality and her needs. She understands her needs, desires and is not ashamed to get what she wants. From her work life to her personal life she is the author of her book.

“It was actually a rant at Costas about sex that got the idea of more women sitting around talking,” Jannette tells me.

“Everything came about really organically — two women talking about sex.” Sarah adds. “We just wanted to give other
women the opportunity to talk about sex the way we did that day.

Jannette nods her agreement. “The more women we met, the more they started introducing us to other people. A few

months down the line we launched Scarlet Ladies and here we are.” At this point, Sarah’s cat, Kira, hops up onto her lap and both women laugh. Sarah says a pussy is the perfect mascot for the Scarlet Ladies.

Sarah and Jannette met at networking events. Sarah is a personal transformation coach specializing in burn out and fatigue, and ‘getting your BOOM back.’ She uses those skills in the group coaching environment to help women overcome sexual challenges in SLT Scarlet Ladies talks.

Jannette runs an online website and magazine, Chareemag to which women contribute stories as well as fashion, lifestyle, sex and relationships articles. “It’s a place for women to have their voices heard,” she says. She was a beauty therapist before that. She also worked in Ann Summers. “That allowed me to be comfortable with sex and seeing it as a natural thing.”

The two tell me that while Jannette was more liberated, Sarah really had hang-ups around her sex life. Jannette’s goal is to create a space where women can talk without being judged. Sarah sees her goal as supporting the kind of women who aren’t that open, would like to be more so but don’t quite know how.

The Scarlet Ladies have clearly discovered that women want to talk about sex; they just needed the opportunity and a safe place, but I wonder if it was hard in the beginning to get them to open up?

The answer is a resounding No! Both women assure me that even before there was a group coming together to talk, the 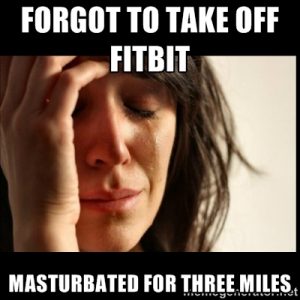 women just turned up, and they just talked. “It’s an amazing release,” Jannette says. “We don’t struggle to get them to open up. The panelists lead the way to that opening up.”

The bigger challenge, Sarah says, is getting women through the door, because there’s lots of stigma around women’s sexuality. “Initially the reaction I got was that it was a bit smutty – ‘you just want women to go and sleep around.’ That is precisely what SL is not,” she emphasizes. “It’s about pleasing yourself. It’s about what we want. We need to learn what WE want. In promo, however, it’s still a bit of women’s little dirty secret.”

I ask what they think frustrates women the most about ‘the politics of sex. What frustrates them the most?

Jannette thinks a lot of frustration comes from how women really are and what they and popular culture think they should be. “Even though now women are more sexually ‘out there’ than before,” she says, “everything about life and society pushes women to be a certain way — the expectations of what they should be and what they need to be in their sexuality and the way they look.”

“While appearing not to be sexual, but virtuous,” Sarah adds. 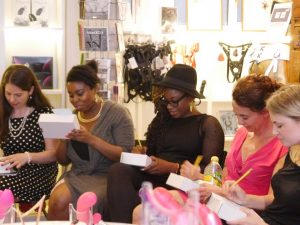 Sarah goes on to say that she thinks one of the biggest problems is gender inequality – the idea that certain thing’s are ok for men but not for women and how that inequality puts women at risk. “Our attitude that ‘boys will be boys’ is not protective of women,” she says. “We have to teach boys how to act around women.”

The lack of sex education is another problem they both see. Sarah states the sex education that used to be taught in the UK was barely worth having, but now even that’s not mandatory.

“Society says men always want sex, but women want it all the time; they think about it, but don’t communicate it,” Sarah says. “I think women are a lot more sexual. In the very ancient cultures the female energy is where all sexuality sits. Tantra is a good example. The loss of that freedom was to suppress women to take away their power. If a woman is at the top of her game, her vagina will be part of her.” Then she adds sadly, “Most women end at the neck.”

I ask what surprised the two of them most when they started Scarlet Ladies.

“That we’re all so different and that it’s all normal,” Sarah says without having to think about it. “For example, while 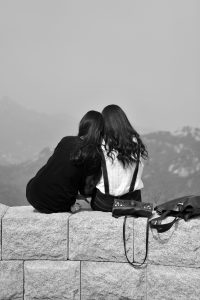 Check out The Scarlet Ladies website for more about their mission and for all upcoming events.

Be sure to check out the second half of my interview with The Scarlet Ladies on The Brit Babes Blog Monday the 23rd of May. You won’t want to miss it.