Rebecca Black has A TASTE FOR THREE and You’ll Want it too!

It’s my pleasure to have the very fabulous Rebecca Black over at mine today to talk about her new book, A Taste For Three. Being a huge fan of menage myself, I’m all aflutter with anticipation and anxious to hear more. Welcome Rebecca!

Thanks so much for hosting me today and letting me give my new book A Taste For Three a big shout out. I love a good menage story, so when I decided to write a book it was always going to involve three people. I waitressed in some great restaurants when I was a student so I’ve had some story ideas germinating for years! I think this story has all the right ingredients for a spicy menage: two sexy chefs, and a restaurateur, all bringing their special talents to the mix! 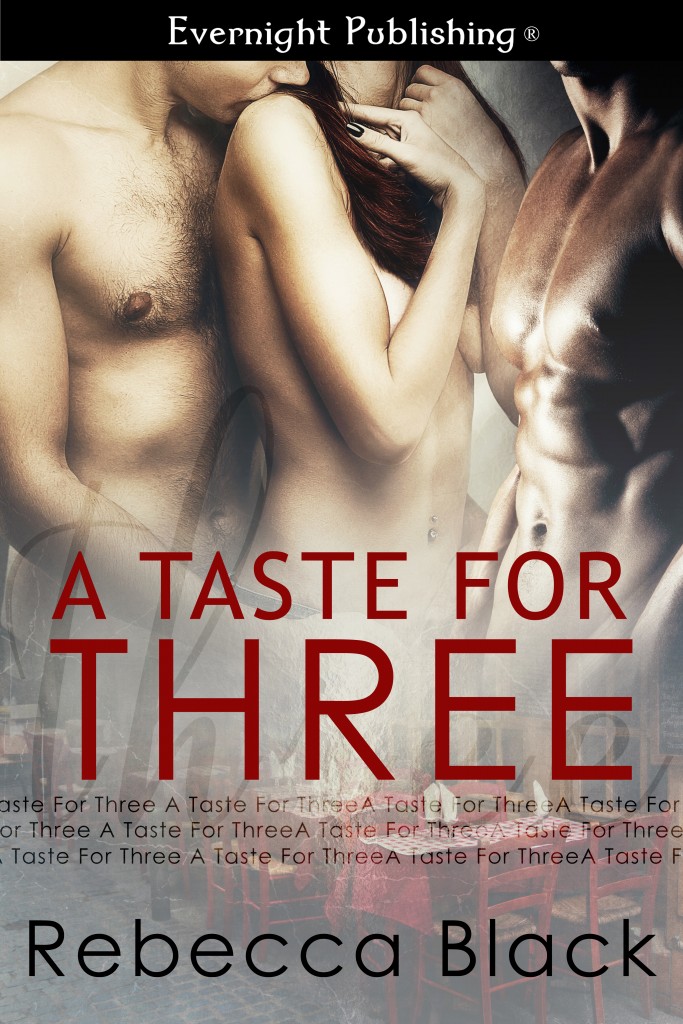 What’s worse than wanting a man she can’t have? Wanting his best friend as well, that’s what. Double the torture, double the sexual frustration, and double the pain in her heart when she desires everything she can’t have.

Chef Ellie Masters has a problem. Not only is she in love with two gorgeous men, but they both just happen to be her bosses. She’s holding back for all the right reasons, but is there a way for them to be together or will their powerful sexual attraction tear them apart?

In the sensual world of their French restaurant, Jack Quinn and Nate Johnson must find a way to level the playing field if they want more than just sumptuous food from their talented chef. Going to work has never been so sexy. A Taste for Three will leave you savouring this delicious menage and wanting more.

Her gaze moved from one to the other with an expectant look on her face. Her eyes rested on Jack when he leaned forward to rest his arms on the table. His beer was between his big hands and she watched his fingers trace the drops of condensation as they raced down the bottle.

“Us.” Jack’s hazel eyes locked with hers.

She swallowed. Hard. “Us? What do you mean?”

“The three of us. There’s more going on between us than just work.” His words held a note of conviction.

Oh God! He said three. He definitely said three. They couldn’t possibly know that she wanted both of them, could they? How the hell had she given that away? She thought she’d been so professional with them.

“Stop panicking, Ellie. Nothing we say or do from now on will affect our plans for the restaurants.” Nate’s calming words helped to some extent, but she still hadn’t taken her eyes off Jack. He was watching her like he expected her to run at any moment. He looked like he’d enjoy chasing her down and catching her too.

“We want you, Ellie. We need to know if you feel the same way.” Jack stated.

“Yes. We want you. We need to know if you feel the same. Would you be prepared to be with us both?”

But she just couldn’t risk it. What would happen when it was over? How could they possibly remain friends and work together? She’d be completely alone again if she had to leave. Her brain felt like it was in danger of a full meltdown. The temptation to run was strong and before she knew what she was doing, she’d jumped up. Her chair fell back. A distant part of her brain knew this wasn’t the most dignified way to handle this, but her fight or flight response was definitely urging her to get the hell out of there and not make a massive mistake.

She vaguely registered Nate’s shocked expression turning into a fleeting look of distress, but she didn’t get far before a steely arm grabbed her around her waist, yanking her off her feet. She was fairly sure she let out a little squeal as she landed on Jack’s lap.

“I get that, but when did running away solve anything? We’re all adults here. If she doesn’t want this, all she has to do is say no.”

“We’ve gone about this all wrong, come on too strong. She’s scared. God, Ellie, we never wanted that. We just want to be with you. That’s all we’ve ever wanted.”

Jack’s arm held her firmly around her middle while his other hand rested on her hip.

Her heart was still trying to beat its way out of her chest, but she couldn’t ignore the heat emanating from his body. The hand on her hip kept gently, rhythmically flexing and releasing. She started to relax as she quietly listened to their words. She could hear the anxiety in both their voices and felt a rush of guilt at how she’d reacted. She was such a naive idiot—but she’d beat herself up for that later. Right now, she needed to make things right with the two most important men in her life.

“I’m sorry,” she said softly. “I’m an idiot. I shouldn’t have tried to run off like that.”

“Jesus, don’t apologize, Ellie.” Nate reached across the table to take her hand. “It’s ok that you don’t want this. We’ll carry on and forget we ever mentioned it. Nothing needs to change—”

“I want it,” she whispered.

Amazon myBook.to/ATasteForThree   (This is the universal link) 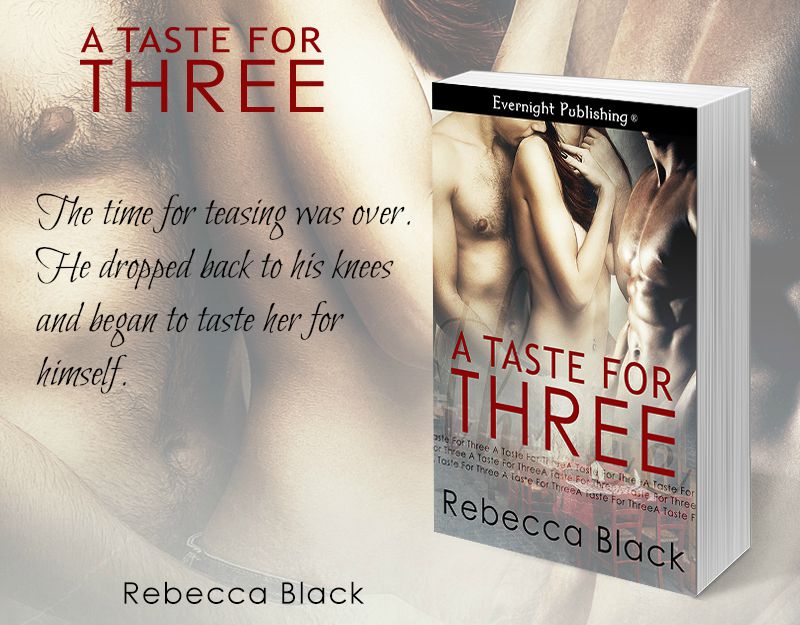