I hope your new year is off to a great start everyone. It’s the first Friday of the year, which means  it’s once again time for more Fury. Last week, Fury’s brother was finally set free, and this week, the family grows. If you’re enjoying Fury, please spread the word and pass the link to a friend. I love to share my stories with as many people as possible. I’m offering a new episode of Fury every Friday.

Again here’s the link to the first episode of Piloting Fury for those of you who’d like to start at the beginning. https://kdgrace.co.uk/blog/piloting-fury-new-from-kdg/

“What’s taking so long?” Manning asked, pacing the carpeted floor in Fury’s observation deck. It was the place we always adjourned too when our work was done, when we needed to think, or when there was nothing else to do but wait it out. That was exactly what was going on now.

“It takes however long it takes,” Fury said. “Griffin knows as little of the bonding with a compliment as I knew, though both Victor Keen and I have done what we may to advise him.”

Manning chuckled, “So you two have had the birds and the bees discussion with him, have you?”

“He is old enough.” Fury said, and I could hear the smile in his voice.

“I’m sure Stanislavsky will be happy for your efforts,” I replied.

Griffon was the name Apocalypse had chosen for himself, saying that an SNT should not be named for the destruction of those he was created to protect and nurture. He chose the name, Griffin, because a griffon was a mythical flying beast who was the protector of great treasure. He felt it fit, and we all agreed.

Manning paced some more, along with Rab, who had been invited from the Dubrovnik where he had once again taken up a position, to wait with us, since he had a vested interest, and Griffon might not have been freed had he not helped Gerando.

“So, how’s our baby?” I asked Rab, trying to keep the two men’s mind off the bonding going on aboard the Griffin.

“Doing good, doing good,” he said turning to face me. I couldn’t help notice the smile on his face was not unlike a proud uncle. “Trouble for everyone, like all sprogs, and growing like a weed.” He turned and continued pacing, he and Manning now walking in opposite directions. “It’ sure as hell keeping Harker on his toes, let me tell you. And Dr. Flissy, well you’d think she was the sprog’s mother the way she flits about all protective like. Hell, it’s a damn ship, I keep saying, but no one ever listens to Rab, do they?”

“One things for goddamn sure,” Rab observed, “it’s making the refit for New Pandora Base a helluva lot easier. Mind you, I’m not sure how I feel about being onboard a damn research base inside a ship that’s smarter than me.”

“Hell, I’ve got underwear smarter than you,” Manning said.

Rab chuckled. “Well, that’s probably true, being a compliment to an SNT1 and all, but a simple man like me, well I don’t need help to pull my scruns down when I need to shit.”

Before Manning could respond with more than a middle finger in the air, the com crackled to life. “It’s done,” Keen’s voice came over the system. “The bonding was a success and Griffin says to tell you all that they are now smoking cigarettes, whatever that means.”

Manning laughed. “It’s an old Terran ritual supposedly indulged in immediately after really good sex. Did he inherit your sense of humor, Fury?”

“He is developing his own, and very quickly,” Fury said with pride in his voice. “I believe he is making up for lost time.”

“And he has a lot of it to make up for,” I said, running my hand over the small white scar on my forearm now nearly invisible where my shackle used to be. “And Gerando?”

“The tether’s secure and holding,” Keen said. “Perhaps in time, since Griffin is now bonded with Ina, that tether will get stronger and longer, as it has with you, Richard, but at the moment it’s secure, and the bond between the three is strong. It’s a different kind of bond,” Keen explained, “since Griffin and Gerando share blood, but the tether is like what Manning has. But in the bonding process, Gerando and Ina were bonded, which in its own way strengthens the bonding.”

“Well that’s all dandy,” Rab said, “but what I want to know is how the hell we gonna keep Griffin out of the hands of the Authority? Technically he belongs to them.”

“Technically, he was stolen from the Free Universities,” Fury corrected. “I am sure there are lawyers who could prove that fact. There is a precedent.”

“And how goddamn much difference do you think that’s gonna make when the fucking Authority finds out we’re growing us a new generation of SNT ships out here at Plague One?”

“Probably no difference at all, if the Authority were to find out,” Fury replied. “But they will not. Griffin will stay safe the same way I stayed safe. It will not be difficult for him to create a shape and appearance least likely to draw attention.”

“Nor will it be hard to spread the word that Plague 1 is now a breeding ground for a new virulent form of the SNT virus that is no longer controlled by the shackle, but is a menace to the general population. We are already disseminating that information, including footage of the destruction of the Apocalypse and Abriad Fallon with it. People are happy to believe rumors of the SNT virus, so one more really big one won’t shock them at all. No one will come looking. With his vocal processors and his link to Fallon, Griffin has been able to produce a subspace distress call from the Apocalypse of an infected Fallon that will convince everyone in Authority space to stay as far away from Plague One as possible.”

“Jesu Vati! You’ve thought of everything, haven’t you?” Rab said. “Except if Plague One is going to be safe from unexpected visitors in the future, why the hell is the Dubrovnik about to become the new Pandora Base?”

“Fallon’s not the only powerful head of a conglomerate who would like to control the SNT virus,” Keen said. “Sooner or later, someone will show up wanting to replicate the virus and use it for their own ends. Best they don’t find anything here when that happens. Besides, Fallon had the right idea using the Apocalypse so he never stayed in one place. With the research we’re doing, with our efforts to end indentureship and eliminate the virus completely, not to mention the research on SNT technology, it’s best if no one is able to pinpoint our location. When we’re done with the Dubrovnik, he’ll be the perfect fortress for the protection of our research, just as his ancient Terran namesake was.” He looked down at his chronometer. “Right, let’s give Griffin and his compliment time to finish their cigarettes, and then we’ll all meet onboard the Dubrovnik. We’ve got a brave new world ahead of us now.” 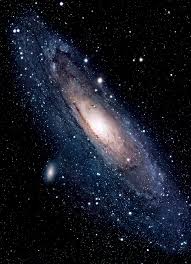