It’s Friday, which means  it’s once again time for more Fury. Last week we left our intrepid team at the mercy of Abriad Fallon, and it’s not going well for the home team.  If you’re enjoying Fury, please spread the word and pass the link to a friend. I love to share my stories with as many people as possible. I’m offering a new episode of Fury every Friday.

Again here’s the link to the first episode of Piloting Fury for those of you who’d like to start at the beginning. https://kdgrace.co.uk/blog/piloting-fury-new-from-kdg/

Bro 3 Help! Was the first thing I heard as the world around me, and my own body, rematerialized on the deck of Apocalypse. In the split second I had before the world came back into focus, I did my best to send a reassuring message that help was on its way. And then Abriad Fallon was standing over me.

“My darling, Diana, what a delight to see you! I’ve missed you terribly.” He kissed me on the mouth as though I were a long lost lover, and it was all I could do to keep from gagging. Around me, I could sense both Gerando and Rab tensing. He Fallon took my hand and guided me to sit near Apocalypse’ console. A quick glance around revealed that the bridge had been cleared, though I was certain there were Berserkers stationed just outside the entrance and perhaps even enough internal firepower trained upon me that, against his will, Apocalypse could hurt or kill us all if Fallon wished it. I did as he asked without a word, and without response, Gerando and Rab flanked me. Fallon knelt in front of me and took my left hand in his, turning my arm to reveal the spot where my empty shackle still remained just beneath the surface, running the fingers of his right hand across the roughened skin. “I would not have thought Richard Manning to possess such skill, but then he has the entire database of SNT1 at his fingertips, so I shouldn’t be surprised that he could deactivate your shackle.” He chuckled softly and the pressure on the inside of my arm where he held it cupped in his hand because bruising. “You’ve been a very naughty girl, Diana McAllister. You’ve cost me a great deal in time and credits to bring you back into the fold where you belong. Oh I realize that it wasn’t your fault, your … kidnapping, but I know you well enough to know that you would do nothing to try and return to me.” He chuckled softly, “and after I’ve given you a home and shelter since your father’s untimely death. Once your shackle is reactivated, you’ll have to be punished, of course.”

“The way you punished Rab and me,” Gerando spoke up. He never did know when to keep his mouth shut.

The muscles around Fallon’s left eye twitched and he stood, his knees protesting with a loud pop. “Oh, I didn’t punish the two of you, boy. I simply used you. There was no malice, none at all. You were just a way for me to get what I wanted, and look how well it worked. The force field is down, I have what’s mine back and soon, very soon, all of Plague One and its research as well as Dr. Keen will be mine. And best of all, The SNT1 will be mine too. No, I didn’t punish you. And look at you. Neither of you is any worse for the wear, I’d say.”

“Father doesn’t know Dubrovnik helps.” Came the response in my head that I knew belonged to the Apocalypse, who seemed to be already responding to the first dose of Fury’s bio-matter. “I kept secrets. Doesn’t know you are compliment.”

“So all that’s now left to do is fire on Pandora Base and get Keen and SNT1’s attention.” He pulled up the view screen. “Begin bombardment of Pandora Base.”

“What?” Gerando shoved forward and stared in horror at the view of the surface of Plague One as the first torpedo hit. “The shields are down! You don’t have to do this.”

“Oh I know I don’t have to, but I want to. Soften them up a bit, you know. And besides I don’t need anyone but Keen. The others are all expendable.”

Something inside me moved and calmed and shifted my view closer to the planet’s surface – not the human view from the view screen, but the SNT view of the topography, of the caverns below, of the terrain on the surface. I knew immediately that I was viewing the damage in my mind’s eye through Fury’s sensors.

“Bro 3 help.” Apocalypse whispered in my head, and suddenly I got it. I understood the Apocalypse wasn’t asking for help. He was offering help. The torpedoes were hitting the other side of the planet. Fallon, who had never been there, didn’t know the difference, and he was trusting his hybrid ship to do the most damage, not understanding that the SNT part of Apocalypse, now connected to family, as it were, would never deliberately harm humanoids. But Gerando had never been to Plague 1 before either, and because he lacked my bonding with Fury, he didn’t understand Apocalypse’ message. He thought it was a plea for help. He thought the ship was being forced against his will to destroy Pandora Base.

Before I could even try to explain what was happening, Fallon and Gerando were on the floor punching and kicking with Rab trying to pull Gerando off. And then everything went slow motion. One minute Gerando sat astraddle his father, punching him in the face. The next there was a bright glint of metal and bright red bloomed on the front of Gerando’s shirt. With a hand surprisingly steady under the circumstances, Gerando pulled the knife free and raised it over his head. The wild yell that filled the room around me and yet seemed a million light years away was my own, as I lunged and grabbed Gerando, who fell backward into my arms with me desperately trying to stop the flow of blood while Rab went crazy, scrabbling for the knife and ducking and parrying for Fallon.

“Your own son, you mother fucking piece of shit! Your own goddamned son!”

But my attention was drawn back to Gerando, who lifted his bloodied hand to my cheek. “Leave it,” he said. “Apocalypse needs it more than I do right now. I’m sorry for what I’ve done. I’m sorry.” From his pocket, he pulled the vial and closed it in my hand. “Finish it.” And then his eyes closed and he went limp. I’m not sure how it happened, but I found myself flying back from Gerando’s body with Apocalypse screaming in my head. Bro 2 No Go! Bro 2 No Go! In my peripheral vision, I could see the shimmer of the force field settling close to Gerando’s body, and then he was mol-tranned from the bridge.

I turned to find Rab backed up against the console. Fallon towered over him with the same bloody knife at his throat. “Unless you want another death on your hands,” he managed breathlessly. I could almost hear the smile in the bastard’s voice, “I would suggest you call off your dog, Diana.”

Before I could do more than open my mouth, Rab simply disappeared, mol-tranned off the ship. 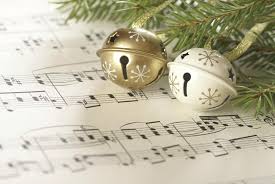 Whatever you celebrate, I wish you all love, joy and all good things for this holiday season.