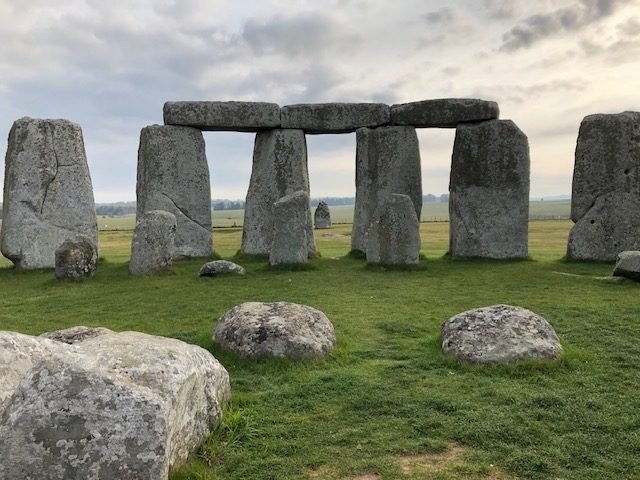 Happy Beltane everyone! Fury is a day late this week because I spent a glorious day yesterday on the Salisbury Plane and Stonehenge and the surrounds with my dear friend, and awesome writer, Helen Callaghan. It was a great place to spend the day before May Day. In today’s episode of Fury, Rab and Gerando’s encounter with Gerando’s father turns bloody. If you’re enjoying Fury, please spread the word and pass the link to a friend. I love to share my stories with as many people as possible. I’m offering a new episode of Fury every Friday.

Piloting Fury Part 40: I Will Know the Truth

“I don’t know what happened, I swear I’ve never felt anything like that.” The kid was still icy cold, and Rab was seriously beginning to worry that his fucking old man had figured some way of infecting him with the virus. He wouldn’t put it past the sonovabitch. As he handed him a warm cup of electrolyte formula infuse with calmatives for his stomach, he took a sneak peek at the inside of the kid’s arms, but they were clear. He was running no temperature according to the auto doc who proclaimed Gerando Fallon to be the epitome of health.

“Fuck! I know this makes no sense but I felt like I was the one being forced to blow up that ship, like I didn’t want to. Like it physically caused me pain.” He accepted the cup and sipped quietly for a moment. “I mean it isn’t like I give a shit what happens to the Svalbard. Hell I just want the old man to get McAllister back and leave me the fuck alone.”

“You and me both, Junior. You and me both.” Rab didn’t sound any more convincing than the kid. He wasn’t sure either of them had the stomach for delivering the poor woman back into that monster’s hands.

“My experience, fuckers like your old man aren’t that easy to keep shit from. Only secrets that are safe from them are the ones you keep to yourself and then blow your goddamned ass out of the airlock for your own protection. Hell I wouldn’t be too sure it’d be safe even then. I heard they’re experimenting on some sort of zombie drug that’ll suck the memories right out of a dead man’s brain even while his corpse is already starting to rot. Sorry,” he said as the kid all but gagged at his words. “I’m not feeling all cherry cheerful and happy assed at the moment.”

Gerardo nodded as the sickly shade of green slowly left his gills, and he was able to sip the drink without dry heaving. “Something’s not right, Rab,” he said staring off into space like he might find whatever was wrong over by the replicator. “Something’s really not right and it’s… it’s making me sick.”

“Yeah well, it ain’t exactly making me feel great either, but fuck. I mean Jesu Vati and his goddamned mother. What he hell does any of this have to do with a bloody plague planet? Don’t you think that would be the last place in the galaxy Manning would take Diana McAllister?”

The door pinged and slid open and two berserkers stood there all at attention. They didn’t speak, berserkers, or so Rab had heard, but then they didn’t really need to, did they? Pretty damned obvious these two goons were their dates for the party on the bridge.

“Something’s not right,” the kid whispered under his breath again, then he gulped back the last of the electrolyte mixture and stood, looking as much like he was heading for his own execution as Rab felt. But they were still alive and neither one of them was shackled. Rab was as sure as he was of his own name that the old man would shackle his son without so much as batting an eye if it served his purpose. Thing is, right now they had no goddamned clue what his purpose was. He clearly knew a helluva lot more than they did. That made Rab really twitchy, made him wonder what the hell he was keeping them around for. But what the fist in his gut, he figured the shit was about to hit the fan.

This time they weren’t taken to the bridge, but to Fallon’s private quarters. Goddamned place looked like the libraries and studies belonging to the rich bastards in Old Terran films.

Fallon sat like the king of the fucking galaxy staring into what could have very well been a log fire in a stone fireplace for all Rab knew. Course it wasn’t, but if they’d been in anyone else’s presence, Rab might have actually appreciated it more.

“Sit.” He waved them to a couch across from him. He took a deep breath and swirled the drink in a hoity-toity brandy sniffer cupped in his palm. He didn’t offer them so much as a glass of recycled water. Not that Rab could have stomached anything under the circumstances anyway. Truth was just being on the Apocalypse, knowing what the bastard had done, knowing what he might still do to them had him damn close to puking his guts just like the kid had. Still, what the fuck ever happened to common courtesy? “I have a lot to tell you, a lot you’ll need to know if we are to succeed in our mission.”

Our mission, Rab thought. Christ! When had it become their mission?

Waiting for him to continue, they sat on the edge of the sofa as stiff and uncomfortable as fucking statues. And didn’t Fallon like them just that way?

“While you were not as successful as I had hoped you would be in bringing Diana McAllister back to me, the information you did provide, no matter how blundering it might have been, helped me to find out some astonishing truths that will revolutionize Fire Star and the entire Authority.”

“You mean it’ll give you more control,” the kid said folding his arms across his chest like he wasn’t scared shitless.

Fallon shrugged. “Same thing, boy, same thing. I don’t like variables I can’t predict and there are a few too many in the direction the Authority’s heading at the moment.”

“And you think the Fury is your solution?” Rab asked, wondering why the fuck he didn’t keep his mouth shut.

“Of course the Fury is my solution. The Fury is SNT 1, the Fury is the formula, the template, for future SNTs that won’t be controlled by the Free Universities, that won’t be controlled by funding other than my own, and that of my investors, of course. But that’s just the beginning. There’s way more to the picture than we’re currently seeing, though that, I daresay, is about to change.”

He sat down his brandy and pressed a button, which slid aside a big-assed wall painting of an ancient sea battle to reveal a large view screen. “Computer, display our guest.”

It took Rab a moment to realize what was being displayed to him on the screen, and then his gut twisted. The kid groaned as though he was gonna puke again, then cussed like a sailor” Ever the stickler for detail, Fallon’s interrogation room looked like a goddamned ancient Terran dungeon, and this one was not empty. The bloody mass of a humanoid was barely recognizable as such. Poor bastard was strapped naked onto a wooden rack, stretched so fucking tight his muscles strained like they’d snap. His ribs rose and fell with each effort to breathe, which must have hurt like hell, because even with the poor lighting of the place Rab could see the man had several broken ribs.

With a la-de-da flick of a finger, Fallon turned on the com, and fuck if it didn’t feel like they were right smack dab in the middle of the dungeon next to the man. The surround-sound didn’t do a damn thing to settle Rab’s stomach.

“Gentlemen, forgive my rudeness. This is the Svalbard’s science officer and acting first mate, Katiel Markov. He is about to reveal to us all we need to know about the Svalbard’s mission and it’s connection with the Fury, and thus Diana McAllister.” Marcov cried out as a man dressed like an ancient torturer, complete with a fucking black hood, gave the rack another crank, and Rab grabbed at his own ribs in sympathy.

“You could have saved yourself so much pain and just told me what I wanted to know, Mr. Markov, what I will now find out anyway.” He nodded to the torturer, who took a stainless steel case from a bench all covered with ancient tools for torture, and took out a syringe that Rab was pretty sure was a helluva lot worse than all the other shit in the dungeon put together.

“When the serum has done its work, Mr. Markov, I will know the truth, and you won’t even know how to piss by yourself.” He gave a little nod of his head and the torturer emptied the syringe into the poor bugger’s carotid.

“There now,” Fallon said, watching the man’s eyelids droop and close. “In a few hours I’ll know exactly what the Svalbard has been up to and where we can find Diana McAllister.” He’d barely closed the com and shut off the monitor when the kid launched himself like a goddamned missile.

“You sonovabitch! You fucking sonovabitch!” He landed the first punch, but it was only a glancing blow, enough to piss his old man off. Then he let his fists fly, again and again. Hell, Rab didn’t know what to do. If he tried to intervene, he might be next, but he was afraid the sadistic piece of shit would kill his own son. Thank fuck, the blows stopped coming and the old man, breathing more like he’d just got laid real good than like he’d just given a beating, pulled the kid into a choke hold, and just as he was about to lose consciousness, he reached for the old man’s cheek and clawed him hard.

“You little bastard.” Fallon hissed like a mad cat and shoved him to the floor. “Remember, I have other sons.” He hauled loose and kicked the kid hard in the ribs. Then he turned away, leaning over the desk, sucking breath like he’d just shot his wad. “Get him out of here, Rab, before I have him escorted to the dungeon right next to Mr. Marcov.”