HAPPY CHRISTMAS EVERYONE! And here’s another episode of Fury to help you celebrate.  While Mac and Manning may not be celebrating Christmas at the moment, they are definitely plotting and planning. Mr. Grace and I are celebrating a lockdown Christmas as everyone is in the UK right now, keeping in touch with our friends and family on social media, which is more important for all of us in our isolated lives right now.  Hope you’re all doing the same, staying safe and finding different ways to celebrate in these Covid times.

I’m not taking much of a break. I’m still writing and planning away on the expanding Medusa’s Consortium series. Still working on the timelines of the last two novels. I hope you’re enjoying Piloting Fury as we enter the 23nd week. If you are, please spread the word and pass the link to a friend. I love to share my stories with as many people as possible. I’m offering a new episode of Fury every Friday. Today, Mac, Manning and Fury are caught in a dangerous place. Happy reading, and stay safe out there! 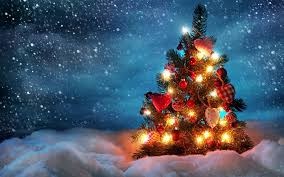 A deep, drawn out wolf-whistle came from the open door of my cabin, and I turned to find Manning leaning up against the wall looking me up and down. “If I were Blake, I’d sure as hell want to play with you.”

“In the first place, Fury doesn’t lie, and in the second,” he said coming into the room and walking around me for the full 360 inspection, “how can you possibly call all the fun and adventure we’ve had so far trouble? I’m wounded to the core.”

I flipped him the finger. Sometimes the ancient gestures were still the best. He only chuckled. “And another thing, Manning, knocking is the polite thing to do before entering someone else’s quarters.”

He was right. It was. I’d returned to my room only planning to insert the subdural tracking device into my neck like Manning had instructed. I hadn’t expected Fury to have the dress ready so quickly. I’d slipped into it in the bathroom and came out to see the full effect in front of the holo-mirror.

“And the implant?” Manning ask, all humor gone from his voice

I looked down at the device I still held. “Haven’t quite gotten there yet.”

He stepped up close and personal and took it from me. His warm knuckles brushed
my earlobe as he raked my hair aside. “I’ve discovered that if you’re right-handed, the images you project will be clearer and more stable if the implant is on the left, just next to your carotid. There’s a sweet spot,” he ran his fingertips lightly down the side of my throat, and my pulse jumped, a response to which he flashed a knowing smile. “Right there,” he pressed gently. “Less interference from the pulse, which can make the image jumpy under stress.” In a move that I could have damn near mistaken for foreplay, Manning eased the device into position and, with a slight sharp sting, inserted it. My breath caught, and so did his. The smirk that turned into a wicked smile said he knew exactly what I was feeling. The smug bastard. “There,” he purred. “Exactly there.”

For a moment, we stood eye to eye, and everything in me went warm and soft, like the afterglow I felt when I’d pilot a good ship through a rough patch, only more so. But warm and soft was not what I needed right now. I was just about to step back when Manning said, “you’ll have to wear this up so my view won’t be obscured.” He reached around me and stroked the length of my hair. I’d defiantly grown it out after I joined the Dubrovnik crew. Fallon kept me closely shorn because when I was young and underfed, as he preferred me, there were times when he used me as a boy. Though my near bald head might have aided his sick fantasies, it also meant one less thing for him to grab onto and one less way for him to hurt me.

But Manning, Jesus, Manning’s hands tangled in my hair made me want to move closer and snuggle down against his chest while he caressed and touched, while he curled tresses around his fingers and lifted them away from my neck. Fuck, I actually embarrassed myself by moaning, as he scooped the weight of it off my nape and the heat of his breath bathed my bare throat and shoulder.

“Fury,” his voice was barely more than a whisper, “can you replicate a couple of Terran combs to hold Mac’s hair up?”

“I don’t know how to put …” I lost my train of thought as he walked me backward, his body all but flush with mine. He reached around me to where two beautifully formed mother of pearl combs appeared almost instantaneously on the shelf near the mirror.

I found the breath to speak as he caressed and arranged my locks. “You’ve done this before?”

“No, but I’ve taken them out,” he said with a filthy grin.

“Of course, you have. I should have known.”

He must have felt the stiffening of my spine at his words, his smile softened and his gaze held. “I’m kidding, Mac. I’m as clueless as you are, but I’m sure between the three of us, we can figure it out.”

And then we were all talking at once as Manning pulled and tugged and arranged while Furry advised, and I joked about having never had anyone do my hair before. It wasn’t one of the perks of being an indentured.

“And Mac here will play poker with our customers and win all their money,” Manning added.

When we were finished, both humanoid and ship made satisfied oohs and awes at the end result, just like I could easily imagine an exclusive hairdresser doing. “Now then, let’s check the connection.” Manning pulled a small black case from his pocket. Inside was the single contact lens that was his visual connection to my implant.
There was also a micro device beneath the skin just below his right ear so he could hear. He blinked a couple of times as he settled the lens into place and then gave a slight nod of his head. “Say something Mac.”

His lips quirked in a smile that had mischief written all over it. “Care to bet on that?”

“Not really. You’d just cheat anyway, and with you and Fury tag-teaming, what chance does a poor girl have.”