It’s Friday and that means time for more Fury. A cheerful hello, while I eat my morning porridge. I hope you’re all settling into Autumn with lovely walks in the glorious changing colours and much good reading. Isn’t that just the best part of this changeable season?

I hope you’re enjoying Piloting Fury as we enter the 15th week. If you are, please share the word and pass the link to a friend. I love to share my stories with as many people as possible. I’ll be offering a new episode of Fury every Friday. In this episode, Captain Harker recalls how Diana McAllister ended up the pilot of the Dubrovnik.

He disposed of the trifle and moved to look out the portal into the blackness of space. He’d always found comfort in it. It had always felt like home to him. That humanoids had extended their consciousness out into the far reaches of its inhospitable darkness had always given him hope, made him feel proud. At least until recently. Be safe little girl, he spoke the words in his head, the only place it was safe to speak them. Diana Mac had always seemed like a little girl to him from the instant he first saw her, a young woman in a scrawny, undernourished body, frail enough that he feared a breeze might blow her away. And in spite of her condition, it had been her raw, uncompromising strength of will, courage to endure, that had astounded him. Her dark hair had been shorn so close to her head that, in her malnourished state, she could have passed for a boy. And even after she had put some meat on her bones and her hair had grown thick and glossy, those large blue eyes, her father’s eyes, dominated the landscape of a beautiful face that belied the horrors, the ugliness she had endured. Little girl … even after she had grown strong and healthy in her new life, the name had stuck.

It seemed like an eternity ago now that he had taken the gamble that her piloting skills were what he’d hoped they would be. While Fallon was inspecting the Dubrovnik, Harker had made his wager. He bet that Diana McAllister could find a new route, a faster route from Terra Nova Prime to the Asteroid Provinces of the mining colonies in the time it took Fallon to inspect the rest of the conglomerate freighters and enjoy the party in the captain’s dining room. Though he had stacked the decks slightly in her favor. He had known that her father was searching for just such a route, a route that would revolutionize trade, and in their last communication, he said he thought he’d found it. He was counting on the fact that he had told his daughter. He left her in the chart rooms with free access to the replicator, figuring she could use all the nourishment she could get. If she succeeded, she was to stay onboard the Dubrovnik as its pilot, and she was to systematically revamp the Bright Star trade routes through the Authority systems and beyond into the free trade zones.

He could have cried for joy when she did it, when he won — if not her freedom, at least access to a better life for her. He had plans of giving her the pilot’s quarters, paying her for her efforts, making her as comfortable as he possibly could, in some 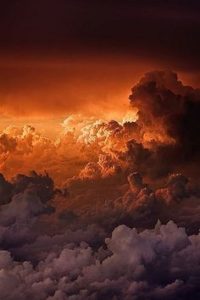 way compensating for what had been stolen from her. But alas, even onboard the Dubrovnik, she came with strict orders from Fallon concerning treatment and accommodation, and Harker was left with limited abilities to make her life better.

McAllister had made the Dubrovnik the most profitable ship in the Bright Star conglomerate’s fleet, in any fleet. Then she had literally revamped all the Bright Star trade route to faster, more efficient ones, making Fallon and Bright Star still more money. Whatever had caused profitability to become second priority to bringing Diana McAllister back to Terra Nova Prime, Harker didn’t know. He only knew that she wasn’t there yet, and that was cause for hope.