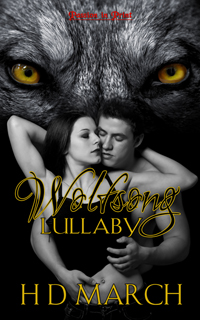 When wild child Lyric arrives on Coral Island to write her thesis on sex, she soon discovers a world she never knew existed. Lyric is torn between the hot vampire Quest and the mischievous Werelion Chaya. But there is something that intends spoiling her fun. Fuelling a long delayed destiny. One that is entwined with a curse. Because Lyric’s presence has awakened an evil entity. Its target, her soul. Only Quest stands in the way but will his strength be enough to save her.

The tale takes you through love, revenge, courage and betrayal as each of the three Declare brothers discover their own nemesis. They fight for their loved ones and are forced to consider what they’d always abhorred now needs to be understood. Yet only one emotion will free them, that’s’ love, but is it enough to unchain them from years of hatred by another. If your wish is to curl up into a wicked fantasy. Delve into the lives of hot sexy heroes, and flawed heroines. To melt beneath the intense love scenes, weep for them, and laugh with them then Wolfsong delivers.

I love the freedom that writing paranormal gives me, leaving my imagination fly. The research has to be my favourite part and in particular studying mythology and putting my own slant on things. It also gave me a nudge in another direction and recently I’ve had Song of the Dragon accepted by Passion in Print, a humorous tale of Dragon shifters, with a crazy kleptomaniac fairy Elspeth who’s crude and swears like a trooper along with her not so sexy angel boyfriend Troy. Greylan is my awesome Dragon King who takes a shine to heroine Raven, until he discovers who she is. And does what any self-respecting Dragon would do, kidnaps her.

I have so much fun writing hot paranormal the ideas come fast and furious and currently I’ve just completed another vampire story Rune and already have rumbles of its sister book.

Lyric checked the time, and at exactly seven, a knock sounded from the door. She moved to answer it; a swell of nerves swirled in her belly. Opening it, she snatched in a gasp at the sight of Quest dressed all in black.

He looked all male, hot and totally fuckable. A testosterone delight that she would take great pleasure in unwrapping and licking. A truly alpha male experience.

His gaze, she noticed, dropped to the plunging neckline of her dress.

It clung to each curve; a creation made to invoke a man’s sexual thoughts and dreams. Her calling card. She didn’t miss his gaze liquefy as it dusted over her.

“Aren’t you going to invite me in?” Quest waited. A lot of things the vampires had outsmarted; learnt to live with. But the request for entry remained in force.

It was called good manners.

A slither of a wicked grin played around her lips, and she stood back. “Please, come on in.”

Quest gave the briefest of acknowledgements and entered.

Lyric tried to swallow the posse of nerves rampaging through her. Hell, he looked hot. A virile magnetism bounced off him. His gaze, the hot promise from his golden eyes, sent a host of ripples shooting over her. A veritable riptide dragging her under, and she so wanted to skip the banal talk and fuck him stupid. “What would you like to drink?” Relief hit her that she could speak. This man took everything from her, speech, thought, and common sense. And she prayed he’d give it back in return and take. Take what she needed to give him, what she craved off him.

She shrugged her shoulders, not quite the answer, but hey ho. Then walked in front of him to the small lounge. Lyric had her questions laid out, at least some of them, curious to know how he would reply. She tried to focus, to tear her thoughts away from his erection sitting snug in his trousers. One that she wanted to take deep inside her.

She tried not to glance down; he wasn’t hard yet, but even so, he had an impressive package. One of the biggest lazy lobs it had ever been her pleasure to sift her eyes over. She licked her lips, not missing how his attention devoured her.

Lyric motioned to the chair, the one she intended conducting her interview from. “Take a seat.”

“So, what is it you want to know?” Quest crossed one leg over the other, the material of his trousers strained taut over his heavily muscled thigh.

“I have a number of questions, which obviously we won’t get through tonight. I need an insight into a man’s prospective.” Her hand shook as she checked the paper out and cursed, wishing she could keep in control

“You.” His gaze melted over her.

Oh, fuck. “Whoa, I mean give me a description of the person that would attract you and why.”

“It’s not the looks, it’s the emotion, the connection; do you understand?”

“How do you mean it?” She ran the pencil around on her piece of paper. Doodling. Pretending nonchalance. Anything to keep from pouncing on him, dragging his body to the floor. Lyric continued to draw little star shaped signs. Her mind, her predatory thoughts, on him.

God, she needed to release his so impressive cock, one that she knew lurked beneath his trousers. With determination, she kept her gaze from his crotch because any second she would throw her pad, pencil, and sanity into the air and jump him. She fidgeted, her damp panties soaked against a randy clit.

“I could look at a woman and not feel a thing, yet with you…” He flashed a sexy wink. “You do it for me; I want to sink deep into you.”

Lyric all but groaned. “Okay, what makes you hard?”

“Same answer sweetheart, you do.”

“Bullshit, aside from me, name an instance.” She hauled in a hungry gasp of breath. Unaware, the words blasted out, echoing her thoughts. She spoke them without thinking. “Would you like sex with me?” Fuck, did I just say that? Please God, say yes because, honey, I’m going to leap your bones.

He turned to her, a splash of pure lust burned across his face. “”Hell, yes, why do you think I’m here?”

Thank Christ for that! A raze of relief hit her, so hard she shuddered beneath its onslaught. She liked him. No, she didn’t, she argued with herself. Like was too mild a word. She wanted to fuck him; heck his body, his everything, did it for her. And also, she admired the fact he knew his own mind. That he needed sex as much as she craved it.

Lyric rose and moved to him. She leaned across and draped her hand over his so evident hard-on, her hand palmed his jaw, caressing. With infinite care, she bent her head, her lips seeking his; she licked him across his cheek. One super luscious slurp that smacked of sex and longing.

Her lips hovered over his. “Then kiss me.” Her words sprinkled over him in a hot whisper.

“No, baby, I never kiss, only fuck.” He continued his wandering tease over her skin.

Lyric reared back; it smacked of rented sex. A fuel of anger exploded. “Then, in that case, I suggest you leave, now.”

“You heard me; you don’t kiss, then, honey, trust me, that cock of yours is going nowhere near me.”

Quest’s face hardened; his eyes wide, they flared in surprise. And quickly narrowed, a deep molten gold burned into her. An intense heat blasted from him. “What did you say?”

Lyric pointed, her finger quivered with anger that he thought her a quick jump, with no emotion. Even though it would be, but under her terms. “Get the hell out now!”

“What about the tutorials?”

“Has got nothing at all to do with you; now, if you would kindly leave.”

Quest glared at her; no one, and that meant no one, ever told him what to do. Yet it seemed this galling woman had managed to succeed in doing just that.

He gave a sharp nod and, with a sweeping, glaring glance, left, swearing he’d be back because she would bow to what he wanted. And in the meantime, he’d watch over her, only too aware that Chaya sat in the wings.

An ETO Award … And it Has My Name on It! → ← The Morning After
© 2022 K D Grace
Site created and maintained by Writer Marketing Services