One of the very best things about Eroticon is meeting new people, and one of those people I had the pleasure of meeting was the lovely and spankalicious Renee Rose, and I’m totally delighted to have her on A Hopeful Romantic today! Welcome Renee Rose! 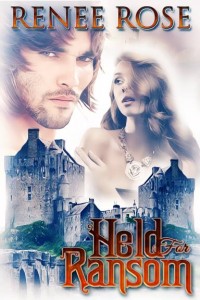 I had the immense pleasure of attending KD Grace’s workshop at Eroticon on Spirituality and Sex. The topic is one that has always intrigued me. I believe there is power and magic in sex and it can be as sacred an act as giving birth or transitioning to death.

In my new Avalon romance, a sex rite eventually brings the hero and heroine together, but the beginning of the relationship is full of tension. Ariana, a priestess of Avalon is kidnapped and held for ransom by a mercenary knight who seeks the release of his clan members from her brother’s dungeon. Keeping two characters cooped up in a small room together for a week (particularly when one character is tied up the entire time) gives a kinky author all kinds of opportunities for forced intimacies and deserved punishments.  Here’s a little snippet of their banter:

They were not taught to send curses at Avalon. She had been raised to bless, to elevate spirits, to bring harmony and peace. Yet, she knew the elders understood magic well enough to send evil, too. If she could send love to heal, she could also send hatred to harm.

After some concentrated effort, her captor’s eye began to twitch and a sweat broke out on his forehead.

Her lips curved into a satisfied smile. She did not know what he felt, but it seemed her darkness had an effect. “What curse?” she asked innocently.

She expected a threat, rather than supplication and his appeal unsteadied her. In truth, she feared the power coursing through her. It had an unfamiliar, dense darkness and her naval center felt heavy and sick.

“Do you tell me you do not deserve it?”

He rubbed one temple as if she had given him a headache. “Aye. I deserve it. Yet it does not serve either of us. Do you wish to be guarded by a wounded dog? I am far meaner when I am in pain.”

When Sir Gorran’s people disappear after a raid on a Saxon settlement, he kidnaps Princess Ariana, a priestess of Avalon, and demands their return. Though he knew he risked Ariana’s curse as well as a lifetime hiding from the king’s sword, he does not realize his greatest risk in holding the lovely princess for ransom is to his heart.

The intimacy shared with her kidnapper leaves Ariana wounded by the experience and his reappearance at the annual tournament only deepens her pain. When her brother foists him on her as a guardian and slave she must come to terms with her feelings for the dominant warrior. Will she send him away to his death, or will she realize her pain is only caused by living without him? 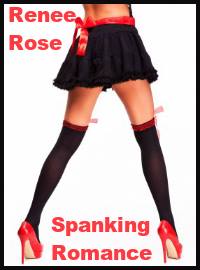 The Delish Delores Deluxe Talks Body Confidence → ← Do you know when I first started loving you? Demelza Hart Explores the Question