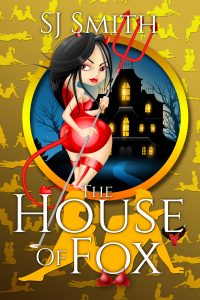 The House of Fox is a paranormal comedy that contains scenes of a sexually explicit nature.

After a drunken night on the town, four friends awake to find themselves in the House of Fox, the ultimate brothel in the universe, where every sordid fantasy becomes reality. But all is not as it seems. The House of Fox harbours many dark secrets, and factions are plotting against one another.

The four newcomers must choose their friends carefully, and take care not to lose their minds on the thrill ride of perversion that will carry them to the ends of the Earth and beyond.

The Great Voyeur in the Sky is watching . . .

The House of Fox by SJ Smith is now available to pre-order through Amazon and will be available for sale through all major outlets on the 30th of June.

Buy links for The House of Fox: 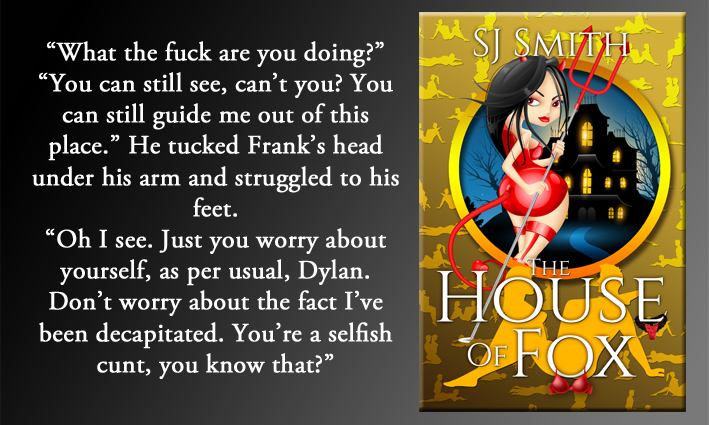 “God, look at the pair of them. They’re so fucking boring.”

Kitty was watching the live feed from the video camera; grainy, blue tinged footage on a fat backed TV.

“Like, any sane woman would’ve been bouncing on Dylan’s cock the minute she stepped through the door. But oh no, not little miss goody two shoes Donna; she’d never lower herself into doing anything quite so lowbrow.”

Jane, who was standing behind, massaging Kitty’s shoulders, nodded in full agreement.

“You know what? I’ll take great pleasure in throwing her to the flames. It’s no more than the dismal bitch deserves.” Kitty grabbed the clipboard and updated the dossier, scrawling nothing happening in the relevant box. “And here’s me damn fool enough to think pulling watch duty on that pair might prove fun.”

“Are you kidding? That bitch is so frigid she could raise penguins in her asshole.” Kitty swivelled around in her office chair and trapped Jane’s legs between her knees. “Fuck ‘em. Let’s get back to the game. Now remind me, honey pie, what was the score again?”

“Four all.” Jane shook her head, gutted at having squandered a four-nil lead.

“Then it’s time for the big decider.” Kitty’s beaming smile lit up Jane’s world. “What do you think? The loser has to do the next five hours’ watch?”

“Let’s do it.” Jane strutted up to the mound, confident she could pull this off.

Kitty sat back in her chair and spread her legs wide, hanging her knees over either armrest. She licked her fingertip, parted her pussy lips and pushed three ping-pong balls up her cunt. “Ready?”

“Ready,” Jane nodded. She steeled herself in preparation, and tightened her grip on the spank paddle.

Kitty pulled a face and thrust her hips, and a ping-pong ball flew clean out of her quim at high velocity and came arcing across the office. Jane swung the paddle, but missed by six inches. The ball sailed by and bounced off the coffee machine.

“Goddamnit.” Jane rolled out her shoulders to loosen them, and adopted the stance once again. “Ready.”

A second ping-pong ball flew from between Kitty’s love lips, this time on a much lower trajectory. Jane swung and caught the ball a glancing blow off the rim of the paddle, sending it straight downwards, where it ricocheted off the floor and bounced several times before dribbling to a pathetic stop between her feet.

“Strike two,” Kitty yelled. “The game now rests on this one final delivery. Will she step up to be a hero or will she fold under the pressure?”

“This time.” Jane was focussed now. She took a few practice swings before crouching sideways on. “Ready.”  She would not miss – she knew it.

The third ball, glistening with pussy juice, came spinning toward her, and she saw its flightpath almost in slow motion. She swung the paddle, catching the ball flush in the face, and sent it hurtling out through the open door into the corridor. “Home run,” she squealed, and danced a celebratory jig. “I win, I win.”

“Pah, you got lucky,” Kitty sneered.

“Luck had nothing to do with it. I won thanks to my natural ability at the game.”

The game – which they had been playing for the best part of two days – was called either Pussy Ping-Pong or Beaver Baseball; they still hadn’t made a final decision as to which they liked better. It had superseded ‘What’s the most unusual thing you can shove up your ass?’ which Kitty had won by successfully ramming a signed, first edition of Oliver Twist into her brown eye. 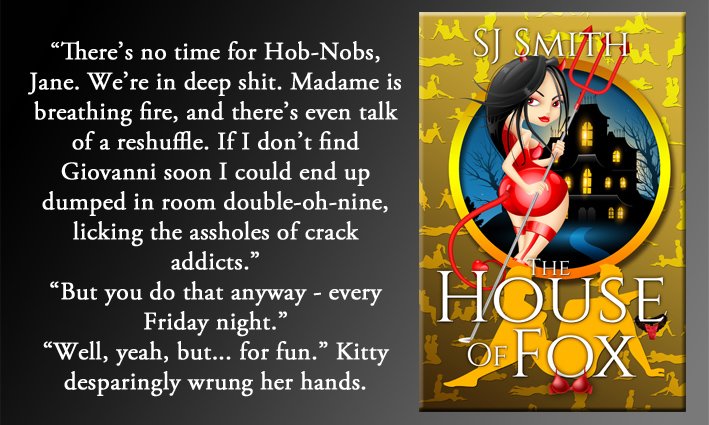 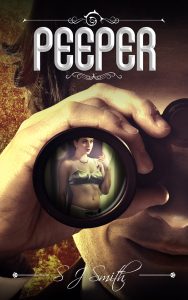 SJ Smith is a neurotic recluse who lives in North Wales. It has long been his dream to become a full time filth monger. If you’ve never had the pleasure of reading SJ Smith before, his hilarious crime novel, Peeper, will be free from the 26th to the 30th of June on Amazon. Buy links can be found at www.sinfulpress.co.uk/Peeper