New Release: Dancing with Myself: Stories of Self-Love Erotica 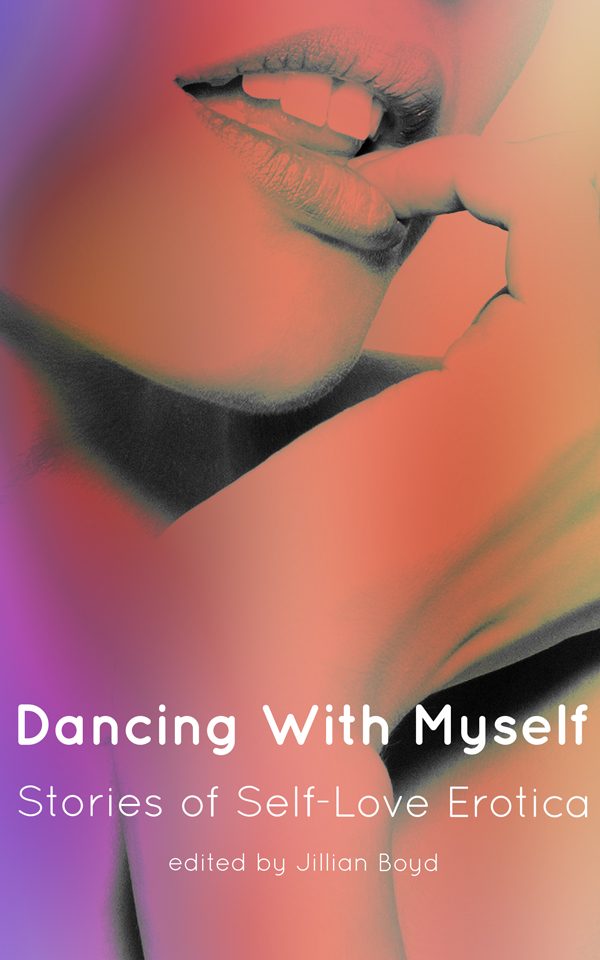 In this sensually spellbinding collection, nine authors explore just a couple of the ways one can get themselves off – stories that don’t just hone in on the how, but explore the why, and the “oh… oh my” Dancing with Myself delves into the heads and between the sheets of a long-distance submissive and her dominant, a cam girl reminiscing, an artist entranced with her unusual subjects and many more.

Dancing with Myself Buy Links Here:

The pose didn’t strain her body. It just made her feel so damn vulnerable. Maddie wished she’d thought this through more. The pictures she’d studied hadn’t given her a clue how the poses would make her feel.

I wondered if Dom had ever worried about me, all the nights I’d been out late. Maybe he’d been glad to have his space, just as I was glad to have mine on those evenings he claimed to have meetings or buddies waiting for him at some bar. Once I figured out where he’d really been going, I claimed more than space. I took pleasure, I took control. That was what it felt like at the time, at least.

As Tara answered him, she sat still with her hands in her lap. She was struck by the intimacy of this interview. They were perfect strangers, and yet he was asking her questions that would not be asked on a date. It was rather revealing, and she was surprised that she found herself enjoying the process.

It took me a moment to adjust to the sudden flash of brightness in the lobby, the motion lights having switched themselves on after I opened the main doorway to my block of flats. But after I’d blinked my eyes back to normal, I became very, very aware of the little pink sticky note stuck to my mailbox. Pink note, red ink, message that left me with a red-hot, full body blush in a matter of seconds.

Half the Story – Leandra Vane

He held himself firm and it felt like returning home. The weight of his world vanished and he could just be himself. Desire was Nick’s biggest secret and he always kept it on lock down.

Nick started pumping himself into his fist with sure, steady strokes. He imagined Lauren was on top of him, straddling him on the chair, her jeans tight over her thighs and her pussy kept from him by a thin but unfortunate layer of denim. That didn’t stop her from grinding into him and shoving her tits in his face. They bounced to the rhythm Nick was stroking himself, faster and faster. He looked down the front of her shirt, his imagination straining to catch a glimpse of the darkened areolas around her pebbled nipples. But the tiny tank top held everything in despite Nick’s most desperate yearnings.

All week she woke up picturing herself as the new girl, kneeling beside Angie, naked and awaiting Trey’s orders as he towered above them. Lying in bed on her back, her fingers would grasp her own hips as she lay there; begin to edge inward.

She ran, farther and faster each day, and did nothing in the shower but scrub the grime and sweat from her skin.

In the dreams, there are so many more flowers. Hundreds of them all over her. Their green touch creeping up her body and wrapping around her legs, holding her down so that the flowers can explore her more deeply, rub themselves against her sex and past her lips, petals folding neatly over her clit. Orchids, like small mirrors held up to her open vulva, embrace her. Clots of frothing white snapdragon blossoms press against her like a thousand little mouths over her ass and hips, and breasts. Tight white knots of lilies slid against her cunt, almost penetrating, leaving their dust on her thighs and lips.

And now here they are, alive, in her hands, under her fingers.

Laura Linx’s email is waiting for her when she’s finished with the dicks. They had met on a community chat board when Laura had first gotten into the business. Bleu had taken the new member under her wing and taught her how to deal with rude customers, how to check token statistics to see who was worth spending energy on and even how to set up her camming business as an LLC. In a way, Bleu still does social work. Only instead of making a crap salary, she’s pulling over five times what the state job had offered her after she graduated. She tries to share this information with as many women as she can, but not all of them listen. Some are only in it for the quick cash. Some can’t take the grueling schedule, lack of days off and the consistent rudeness which wears cam girls down over time. The online community of cammers acts as a safe haven, protection again the dangers and loneliness that come with participating in such exposed yet reclusive work.

Figs. Oysters. Chili peppers. Of all the alleged aphrodisiacs, nothing makes me want to slide my hand between my thighs more than good old-fashioned anticipation.

I check the clock again. 10:55 pm, the equivalent of 3:55 am London-time. Daniel’s time. He likes to joke that he’s Merry Olde England, and I’m new—as in New England. American. Peanut butter and Twinkies to his Marmite and spotted dick.

Being a food blogger has a way of seeping into other corners of my life. To be fair, I am hungry. Ravenous, in fact. But not for cakes or condiments. My body reacts to the ping of the chat notification like a dog to a dinner bell. My mouth literally waters. I listen for the glide of my mother’s legs across the sheets in the next room, the restless flipping of covers. The prolonged silence tells me she’s fallen into the stupor offered by her sleeping pills. I plant myself in front of my laptop, wireless earbuds firmly in place.

There’s only one word in the chat box: Ready?

Jillian Boyd is a writer and anthology editor, based in London. She has previously edited anthologies about the Roaring Twenties, spies and oral sex, which are just some of her many interests in life.

Kathleen Rowland Launches One Night in Havana with a Great Giveaway → ← The Lady with the Hair & the Sunglasses. What the Hell does She Want from Me?
© 2018 K D Grace