New from Lisabet Sarai — Divided We Fall: A Story that Gives Back

I deliberately chose to share news of Lisabet Sarai’s new release, Divided We Fall, today because, not only do all proceeds from Divided We Fall go to Planned Parenthood, but today Lisabet has a special blog post for her regular Sunday Snog this week. She’s donating another dollar to Planned Parenthood for every comment she receives. So follow the link below and make  a comment, make a difference  — any time this week.

Hate takes too high a toll 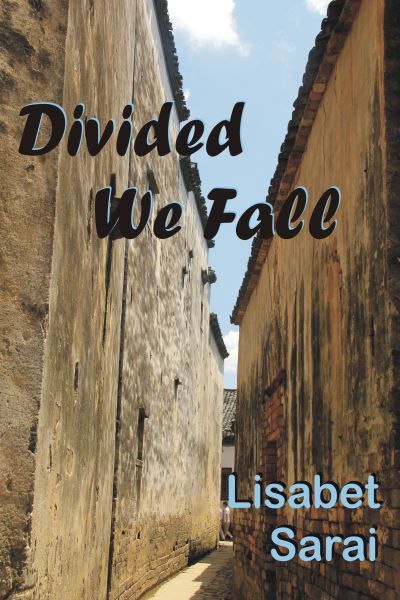 Linh’s three year old brother has wandered out of Viet Village into Niggertown. Despite the danger, she has no choice but to go looking for him in hostile territory. She manages to convince the rifle-toting guard at the entrance to the black ghetto to help her search, using a mixture of bribery and bravado. As they comb the desolate streets of Niggertown, seeking any trace of Duy, Linh discovers that the barrio’s inhabitants aren’t necessarily the violent, drug-addled brutes she’s been taught to hate, and by the time Linh and Steel have rescued the injured toddler and spent a long night hiding in a derelict building, she has come to understand who are their real enemies.

Please note: This book includes racial slurs that might not be considered acceptable by some readers. Using these terms was deliberate, and necessary, since they are symptoms of the inter-group prejudice and suspicion that provide the main conflict in this story.

“Can’t go nowhere now. Gonna be dark in quarter of an hour. And believe me, girl, you don’t want to be out after dark around here.” Cradling Duy in his arms, he climbs the iron and concrete steps leading to the first floor apartments. In the old days, they would have had a view of the swimming pool.

He nudges one door open with a sneaker-clad foot. “This place is in pretty good shape.” He must have done some exploring, I realize, while looking for first aid supplies. “No electric, but the roof’s solid, and so’s the lock on the door.”

I step into what had been the living room. It’s been totally stripped of furniture, aside from a broken dinette chair in one corner. The looters even tore up the carpets, exposing the rough wooden planks underneath. Through the uncurtained picture window beside the door, I can look across the courtyard to the corresponding apartment on the other arm of the U. Behind the building, palms make graceful silhouettes against a purple-streaked sky.

“Throw the bolt,” Steel orders, already headed for the bedroom with my unconscious brother. I follow his instructions, then join him. There’s no bed, either, but a tangle of towels, sheets and blankets cover the floor.

“Found these in a locked closet,” he says with a grin as he arranges Duy’s body on the nest of moderately clean fabric. “Guess the looters were too lazy to get it open.”

I sink to my knees next to the plump three year old. He lies on his back, the improvised splint resting on his chest. Although he’s totally motionless, his breathing is deep and even. “How long will he sleep?”

“Dunno. Don’t usually give oxy to kids. We carry it in case something happens on a foraging run.” He reads the concern in my face, even in the dim light. “Don’t worry, Linh. He’ll be okay.”

It’s the first time he’s called me anything but “girl” or “bitch”. Shows he’s paying attention, too. It turns me strange for a moment, soft. And that sets alarm bells ringing in my head.

Lisabet is donating another dollar to Planned Parenthood for every comment she receives. So follow the link below and make  a comment, make a difference any time this week.

2 Responses to “New from Lisabet Sarai — Divided We Fall: A Story that Gives Back”