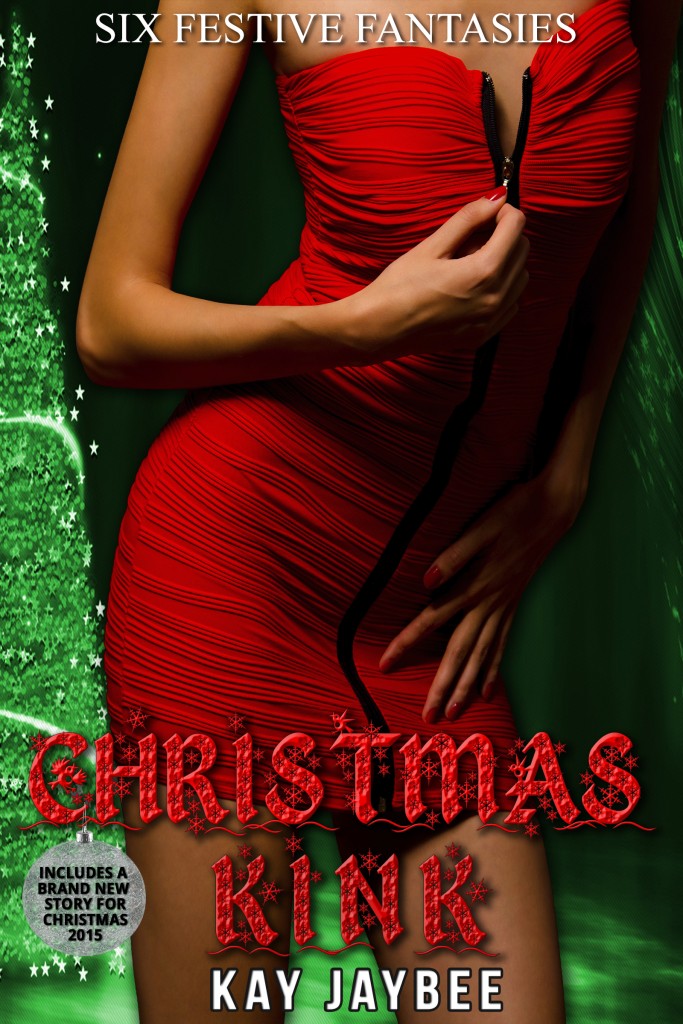 Many thanks for inviting me over today Kd, to tell you a little bit about my kinky Christmas stories.

I’m something of a big kid when it comes to the festive season. It is the only time of year that I actually enjoy shopping and cooking. There is something so rewarding about it- I guess I’m a softy at heart. I just adore making other people happy, and to find the perfect gift for friends and family is a mission I embark on with gusto.

What’s your favourite part of the Christmas celebration? Decorating the tree with tinsel, the heavenly aroma of cinnamon and fruit from Christmas cakes and puddings, the office Christmas party, a visit to Santa’s grotto, the presents?

Here’s a little taster from a cooking story (ish!), for you…

It was the abrupt scrape of metal on metal that alerted his attention to the oncoming storm. It was an abrasive jarring sound that hit Andy’s ears like nails on a blackboard, but made his crotch twitch in anticipation- he knew what could happen when she got angry.

‘I suppose you think it’s funny!’ Mel dragged her blunt icing knife over the draining board in a fit of frustration, before clattering it into the nearest sink, and picking up the reel of garland she used to wrap around the finished Christmas cakes.

‘For fuck’s sake Andy! How could you have been so stupid! This is our reputation you’re dicing with here. What will they think when we fail to deliver in time for Christmas!’ She strode across the kitchen and wrenched the jug of milk her partner was holding from his fingers, crashing it down onto the stainless steel table.

‘For the last time Mel, it was a mistake. I misheard them. And anyway, if we can pull this off, then it’ll be so good for us. Our reputation will be even better than it is now, and we might even make a profit for once.’

Andy could virtually see the steam shooting from her ears as she growled in exasperation, toying the ribbon between her hands, ‘But 150 cakes by this Friday. It was supposed to be 50!’

‘Oh stop being so damn reasonable. No to mention disillusioned! You’ll never get them all cooked in time, let alone be able to produce enough mixture. We’ll have to go to the wholesalers, we’ll need…’ Not bothering to finish her sentence, Mel exhaled in a mad rush of air, threw up her hands in exasperation, and pushed Andy backwards with a force that her slim physique belied. Grabbing both his arms, and with a skill honed by a career decorating cakes, she wrapped some of the ribbon around his wrists.

‘Come off it Mel, we certainly don’t have time for this!’

Without responding, she sliced the ribbon from the roll, picked up her spatula, and waved it menacingly at his face. Mel’s midnight blue eyes shone with dangerous intent, and Andy’s dick swayed beneath his trousers as he understood her intention.

‘Turn over!’ Her voice was brittle, but the evidence of her nipples poking against her chefs overall told its own story.

‘Mel! I’ve got all that mixture waiting to go into tins.’

She didn’t reply, but the set of her jaw spoke volumes as Mel yanked Andy around at the waist, dragging his chequered trousers and boxers to his ankles, forcing him across the seat of the stool.

The spatula landed on his naked flesh before his stomach had even hit the seat. The fierceness of the strike made him bellow with pain laced anger and desire. For once he resented his submissive role. A role he was usually more than happy to adopt- but not today. Not this time.

Just as the second strike of the spatula was about to hit his red blotched backside. Andy twisted round, kicked his trousers from his feet, and raising his tethered hands, he shoved Mel away. Acting quickly, he awkwardly scooped a large fistful of sticky fruit filled brandy soaked Christmas cake mix, and launched it at her.

As the stodgy brown mixture stuck to, and then slunk off, her chest, Mel stood frozen, her mouth open in shock at his unaccustomed retaliation. Then, with a determined look etched upon her face, she dipped her own hand into the giant ceramic bowl, and hurled a ball of cake mix at her partner’s groin.

Angling his arms, Andy, his cock sticking out between globules of clinging brown sugar and raisins, picked up the pint jug of milk.

Reading his intentions, Mel stepped back, ‘No way Andy, I…’

The liquid hit her full in the chest, going right through her top, spattering the floor, work surfaces and leaving droplets of white across Mel’s face and hair, making her gasp with surprise.

‘I think you’d better take that overall off.’ Andy tone was abrupt as he rubbed his wrists together, hooking his thumbs between the ribbon; forcing it loose and wriggling free, ‘Right young lady!’ He ripped the whites from her body, and inhaled a small pale breast between his teeth, murmuring ‘Ummm, I love milk,’ as he lapped at her sticky flesh, ‘but it lacks that distinctive Christmas flavour.’

Gathering up another handful of cake mix, he began to smear it against her chest. Mel groaned as he worked, dropping to her knees to suck off the ingredients that clung to his dick. His whole body stiffened with pleasure as he bent to her chest, nibbling at the mixture that hung there for a few delicious moments, before saying thoughtfully, ‘Not enough spice.’…

If you’d like to see what happens next, or fancy dipping into the other stories; Decorations, Santa’s Little Helper, Candy at Christmas, The Little Red Dress or If You Go Down to the Woods…. you can buy Christmas Kink from-

Many thanks for letting me pop by today KD!

Merry Christmas to you all! 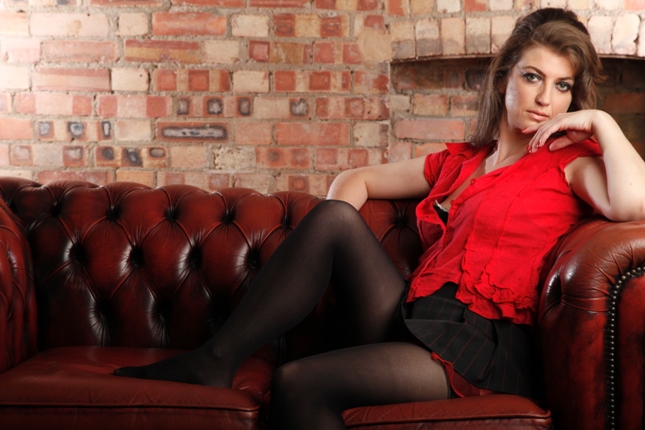 4 Responses to “Mixing Those Festive Fantasies with Kay Jaybee”