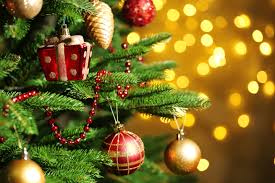 I love to indulge in a little sappy silly, romantic fun this time of year, and that being the case starting today through Boxing Day, I will be sharing a little seasonal story with you called Matchmaker. While it’s squeaky clean as far as content goes, it’s fun and quirky and hopefully something you’ll all enjoy. I certainly enjoyed writing it. It’s main character happens to be a bird. Those of you who know my love for our feathered friends won’t be surprised at all. Happy Holidays, my Darlings! Enjoy the story!

“What am I going to do?” Mary asked the vet. “Ezekiel’s inconsolable. He squawks all night, which means neither of us sleeps, and I have to work and leave him alone, and that only makes matters worse.”

The vet stroked his stethoscope, an act that seemed incongruent with the bright red Santa Clause cap sitting precariously on the top of his balding head. He looked the parrot up and down and, and then stated the obvious. “He’s mourning.”

“I know he’s mourning. What I don’t know is how to cheer him up.”

The vet shook his head. “Mourning has to run its course, with animals just like with humans.”

She rubbed gritty eyes. “What do I do in the meantime? How can I help him? Can you sedate him?”

“Wouldn’t advise it. I can recommend a pet psychologist, though.”

“Can’t hurt. Dr. Thompson is also a vet, so she won’t steer you wrong, none of this airy-fairy faffing about.”

It was full dark when Mary arrived in Woking. The fairy lights sparkled on the houses and in the shop windows, and the unseasonable warmth had not dampened the holiday spirit of the Christmas shoppers scurrying up and down High Street. Ezekiel was the last appointment of the day, and the waiting room was empty when Mary stepped inside with Ezekiel’s cage in tow. Christmas music that was a little less obnoxious and a little more subdued than what blared in the local shops played quietly over the sound system. Almost immediately, Mary and Ezekial were ushered in to Dr. Susan Thompson’s office.

“Oh, he is lovely,” the woman cooed in a nasal Welsh accent. “I’ve never treated an African grey before. I have counseled a couple of cockatoos, and a lovebird. What seems to be the problem?”

“I’m sorry for your loss.” Dr. Thompson nudged a box of tissues in Mary’s direction.

“Thank you. Ellen was a linguist who studied the rudiments of language in other species.”

The psychologist brightened. “Of course! I’ve heard about the research on African grey parrots. Even smarter than primates, I read.”

“Ellen worked with Ezekiel almost fifteen years. He has a huge vocabulary, and his comprehension is off the chart. Because parrots are long-lived, Ellen had made arrangements for him to live with me on the off chance that something should happen, if she should …” She swallowed around the growing tightness in her throat and took a deep breath. “Anyway, there was a car accident and …”

“Ezekiel came to live with you,” the doctor finished for her gently.

Mary nodded and blinked hard. “Since her death, Ezekiel refuses to talk. He just squawks. He won’t eat, and I’m afraid he’ll start pulling out his own feathers. Stressed birds sometimes do that. I can’t stand to see him suffer so. Ezekiel is, well, he’s special.”

“Ezekiel’s mourning the loss of his mate.”

“You see,” Dr. Thompson scooted to the edge of her seat, “parrots are social animals. In their natural environment, you seldom see a lone parrot. When parrots are kept in captivity, they can only be taught to talk if they’re kept away from their own kind.”

“So when they have no one to speak to in their own language, they’re forced to learn ours?” The tightness in Mary’s throat returned with a vengeance.

“Ezekiel will probably bond with you in time. But you’re not a parrot, and even with his huge vocabulary, imagine what it would be like never to speak your own language again.”

This time no amount of blinking could hold back the tears, and Mary reached for the offered tissue box. She’d always

been a soft touch, and Ezekiel’s sad story coupled with the recent loss of her friend was just too much. Dr. Thompson
offered quiet verbal support, and Mary was pretty sure that in most cases the pet psychologist found the animals less
neurotic than their humans. She blew her nose and forced a smile. “Well, I’ll just have to find him a mate then, won’t I?”