Mary is giving away one $20 Amazon Gift Certificate and one $20 Gift Certificate of winners choice to B&N or Starbucks.  Please use the Rafflecopter below to enter. Remember you may increase your chances of winning by visiting the other stops on the tour. You may find those locations here.

Glenna Beckett loves her family dearly, but being the youngest of six can be overwhelming. Moving across country helped her learn who she was outside the family. She’s built a successful business in the form of a quaint shop on Main Street of Calistoga, that sells a bit of everything vintage, the new age term for antique. What more does she need?

Then he walked into her shop. International playboy, Lance Gordon. After a whirlwind courtship he asks her to marry him. Burying a niggle of doubt in the pit of her tummy, she says yes. He’s even agreed to have the wedding in Brooklyn so her family can attend. But he never arrives.

Glenna refused to believe she’d been abandoned at the altar and asks her brother, Tyler, to contact an agent friend on the West Coast to search for Lance.

Patrick McGinnis can’t believe he’s walking into a prissy shop in the high end of the Napa Valley searching for a missing groom. The bride, Glenna Beckett, is everything he feared, drop dead gorgeous, and a spoiled brat. Not that he’d ever tell her brother that. He hates wild goose chases, and this mission is exactly that. Patrick’s certain the playboy fiancé is off wooing some other delectable creature.

Unfortunately, once Patrick started to dig, he finds there’s more to the tale and it will take all his skills as an agent to keep Glenna safe. Especially when the case takes a turn and threatens the safety of his son, Finn. 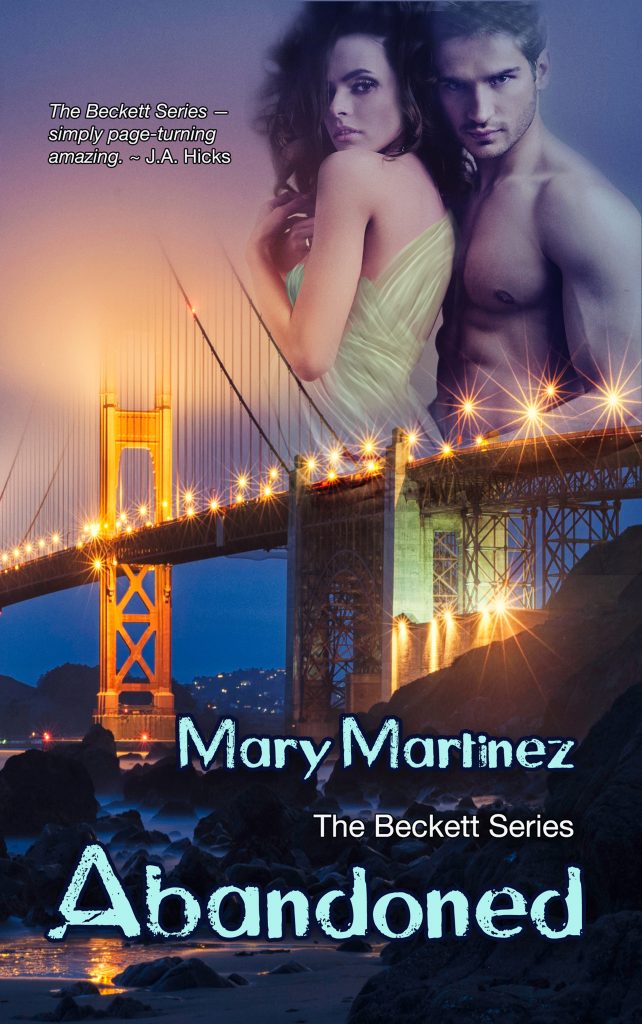 The Beckett Series Free and/or On Sale Through 3/8/18:

Disappear (Book I The Beckett Series)

Patrick McGinnis thumbed his phone off and dropped the thing on the table with a thud. What had he just agreed to? He held in a groan, barely.

“What’s up dad? You look like you just ate a sour grape.”

Finnegan, his sixteen-year old son, and the joy of his life, walked to the cupboard and pulled out a bowl. He filled it with cereal and added milk and then joined Patrick at the table. He dipped his spoon for a large scoop, and as he brought it to his mouth, Finn gave him the I’m waiting look.

“I just received a call from an old friend,” he said in way of explanation, he really didn’t like talking work with his son.

“It must not have been a good conversation.”

“It was good to catch up. He was with me at Quantico.” Best to focus on the old acquaintance part.

“Dad, I’m in high school. You can stop sheltering me now. He must have called for a reason. One you’re not too thrilled about. What’s up?” He repeated his earlier question.

Damn, Finn was growing up to fast. And the kid was right. He had a tendency to shield him from his work. Something he’d always tried to do, but more since Finn was three and the worst thing that could ever happened to a child had happened.

“Tyler is an agent in New York, however, he has a sister in Calistoga.”

His son let out a hoot of laughter. “Match-making from the east coast.”

“Ha, ha. No, his sister seems to have lost her fiancé and her assistant.”

“What they elope and left her behind? Why’d he call you?”

“The fiancé never arrived at the wedding. And then when his sister went to open her shop she found the assistant had been shot.”

“Oh.” Finn ate for a few minutes in silence. “Does the lost fiancé and the dead assistant have something to do with each other?”

“That’s one of the things Ty wants me to find out.”

Finn suspended his spoon half way to his mouth. “What is the other?”

“He wants me to find the missing fiancé for his sister.” He pulled his fingers through his hair. “It’s a wild goose chase if you ask me. If the guy had wanted to get married he’d have been at the wedding.”

“You’d think, unless he couldn’t.”

Patrick contemplated his son. He would make a good detective. He’d already helped solve a few of his cases, by just listening and making comments that brought other solutions to mind. Patrick wasn’t sure he wanted that for his son. He loved being a federal agent. For a while, after the incident with his son, he’d tried something else. However, his true passion was law enforcement and he’d been placed back on duty within the year.

You couldn’t help where your heart led you. No matter the consequences.

“That is what I need to find out.” He stood and poured more coffee into his cup to warm up the cooling liquid. He leaned a hip on the counter while he sipped. “What’s going on at school today?”

Finn finished his cereal and stood to wash his bowl out. He appeared to be thinking as he put his dishes in the dishwasher.

“I have an algebra test. Just a fair warning, Dad, it’s kicking my ass.”

“Language son.” But he smiled, he’d heard a lot worse. “I have a few minutes do you need my help?”

His son gave him a skeptical look, which was well warranted. Algebra had thoroughly kicked his ass in high school, too, to the point he’d needed Saturday morning classes to pass the damn class.

After a moment he answered. “No, Mrs. Stewart said she’d meet me before school.”

“Old Mrs. Stewart is still there? I had her for Algebra.” He smiled and resisted the urge to ruffle his son’s hair. Since the boy was almost as tall as he was, it’d be a little awkward anyway. “You’re in good hands then. Do you want me to drop you on my way to Calistoga?” 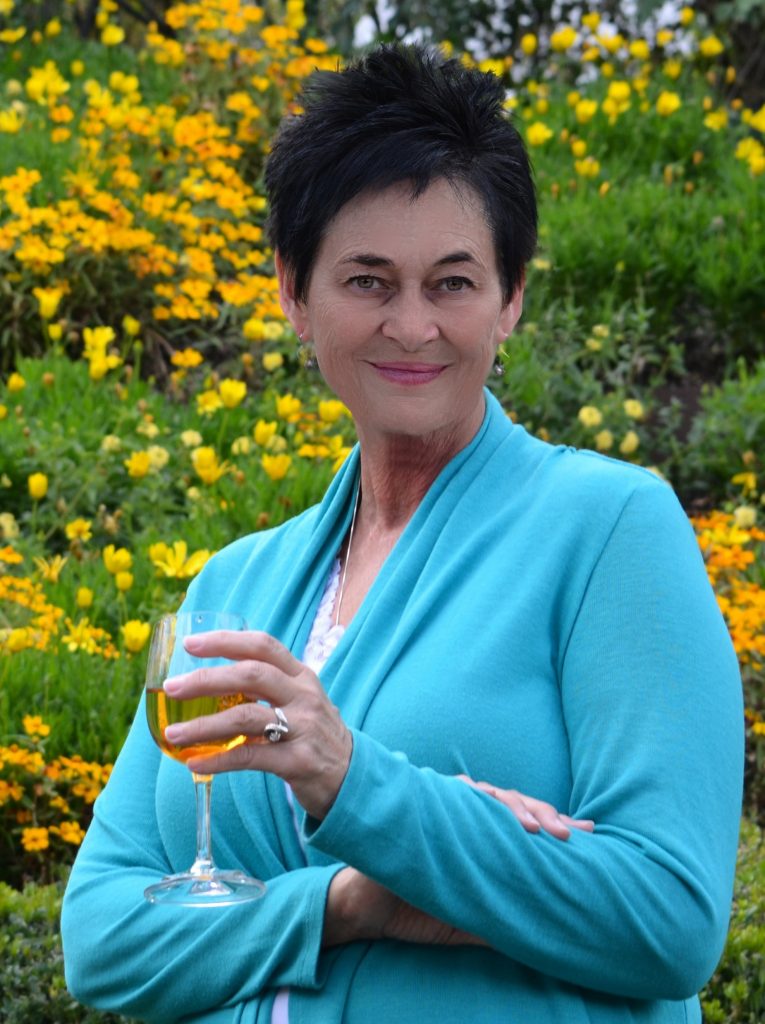 Mary lives in Magna, a little town west of Salt Lake City, Utah. Together with her husband, she has six grown children, and six wonderful grandsons and five beautiful granddaughters. She loves to spend time with family and friends–she includes good books as friends!

Mary and her husband love to travel, especially to the Caribbean for relaxing, and Italy for the wine. And most recently she discovered she was Irish and Scottish, of course they had to visit Ireland and Scotland. Mary fell in love with both, but the green hills of Ireland felt like home. With the experience from the exotic places she has visited, she is able to fill her books with colorful descriptions of cities, painting a colorful backdrop for her characters. One of her favorite US destinations is New York/Brooklyn, where her beloved Beckett’s live. When she visits, she can wander their neighborhoods, favorite parks, and visit their favorite pub, Putnum’s.

They are avid concert ‘Ho’s’! Yes, they pretty much want to do them all. They love outdoor amphitheaters the best and attend as many during the warmer months as possible.

Mary writes mostly romantic suspense, romance, women’s fiction, and she has just begun to dabble in young adult mystery. She is a member of Romance Writers of America (RWA). During her writing career she has been a conference coordinator, workshop presenter, and chapter president for the Utah Chapter of RWA. In 2007 she was presented with the Utah RWA service award in acknowledgment and appreciation for outstanding service. Mary has also participated in numerous library panels on writing and co-presented a workshop on writing a series at the League of Utah Writers conference.

Mary and her husband are also enthusiastic college football fans. They have season tickets to the UTES, University of Utah Football and they tailgate every game. They love tailgating so much, that they were married at a tailgating in 1999.

The After Work Cook: theafterworkcook.blogspot.com

2 Responses to “Mary Martinez Launches Abandoned with a Giveaway”