It’s my pleasure to welcome Brit Babe extraordinaire, Marissa Farrar, to A Hopeful Romantic today to share a little hot snippet from her novel, Dirty Shots. 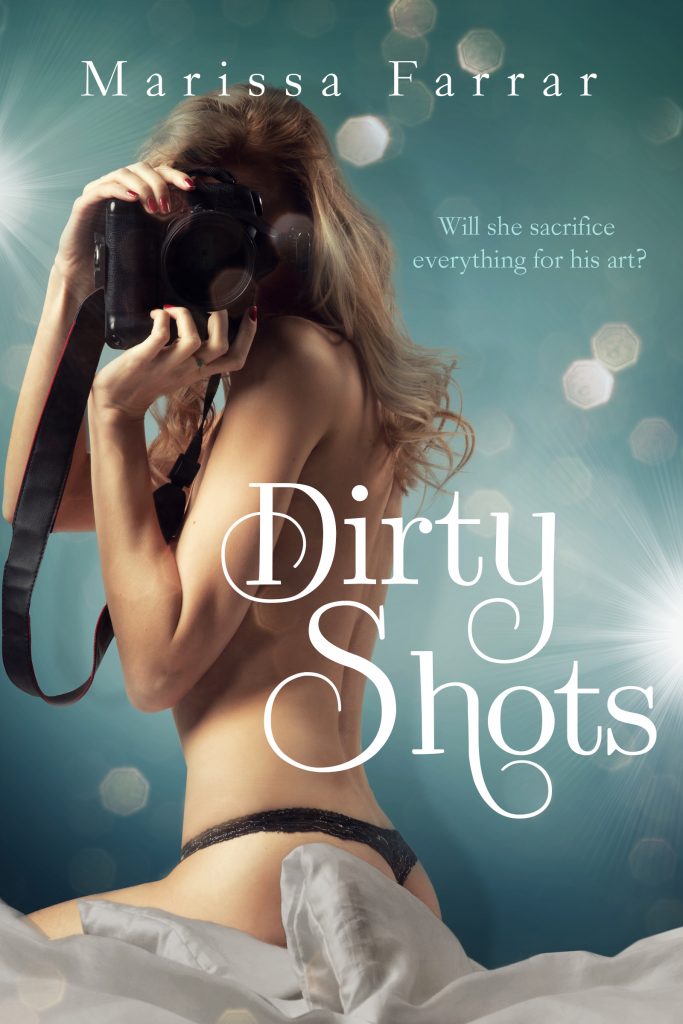 Art student Anya Rhinne knows all about Eric Rutherford. She knows how he’d had every spotlight turned on him, only to fall from grace spectacularly with some kind of breakdown he only described in interviews as his ‘dark days.’ When he offers her the job as his model, and their sessions together grow more intimate, she struggles to divide what is professional from personal. As his work takes a turn toward obsession, a desire to create perfection at all costs, she has to wonder if she’ll ever mean more to him than just a beautiful image on a photograph. Will she sacrifice everything for his art?

*Please note, this book was originally released as the serial ‘Model Wanted’ and has been rewritten and relaunched as the novel, ‘Dirty Shots’.

She stood before him, completely naked, her breasts jutting forward, the small powder puff of blonde hair nestled at the juncture of her thighs. “Because I’ve opened myself up to you in a way I’ve done to no other man and you haven’t so much as laid a finger on me.”

He remembered what he’d done in the shower the previous morning and glanced away guiltily. To hide the emotions he
felt sure would be clear in his eyes, he busied himself by reaching into the box where he kept all the accessories he’d gathered for the photo shoot. With a clinking of metal, he pulled out a set of handcuffs and placed them on the floor, followed by a spreader bar. Her eyes widened at the spreader. 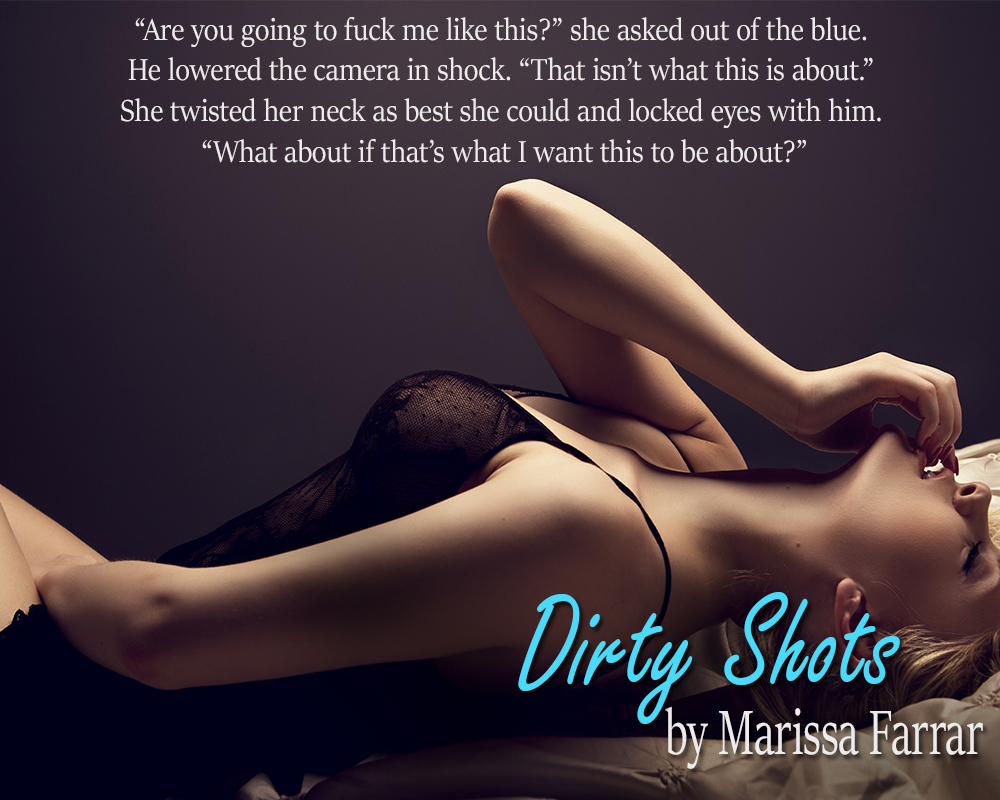 “Is that what I think it is?” she asked.

“It’s designed to hold either the arms, or more often, the feet apart at the ankles. These cuffs,” he lifted one in his palm, “are designed to go around your wrists or ankles, and then the bar can be adjusted, depending on how wide you need to be spread.”

A smile played on her lips. “Sounds kinky.”

He held her gaze, one corner of his lips quirking up. “I thought you wanted kinky.”

Without another word, she held out her wrists to him, but Eric shook his head, dropping the spreader and picking the handcuffs back up. “Turn around.”

She did as she was told and he reached down to grasp her hand from her side, pulling it behind her body and clicking on the cool circle of metal. He took her other hand and repeated the motion.

“Are you trying to punish me, Eric?” she said, a teasing tone to her voice.

“Why? Do you need to be punished?”

“I guess you’ll find that out at some point.”

Not knowing what to make of her words, he busied himself with the spreader bar. “I want you to get down on your knees.”

Carefully, her hands cuffed behind her back, she did as he asked.

“Put your face, shoulders and breasts on the floor, but keep your bottom lifted high, your legs spread.”

“If I try to lean forward like this, I’ll smack my face on the floor.”

She was right; he’d clearly not thought the practicalities through. He should have done the cuffs last.

“Here, let me help you.” Careful not to allow his hand to brush her breasts, he reached around her body and supported her upper chest, so she was able to lean forward into the position he wanted without fear of hurting herself.

In this position, he attached one cuff of the bar to her ankle and then spread her legs farther to attach the other one. A small chain connected each cuff to the bar, allowing some movement but not enough for her to close her legs to him. He’d never been this close to her before, not naked with her pussy spread open just inches from his face.

Eric cleared his throat and forced himself to his feet. His job was to photograph her, not imagine how she would taste as he pushed his tongue inside her. 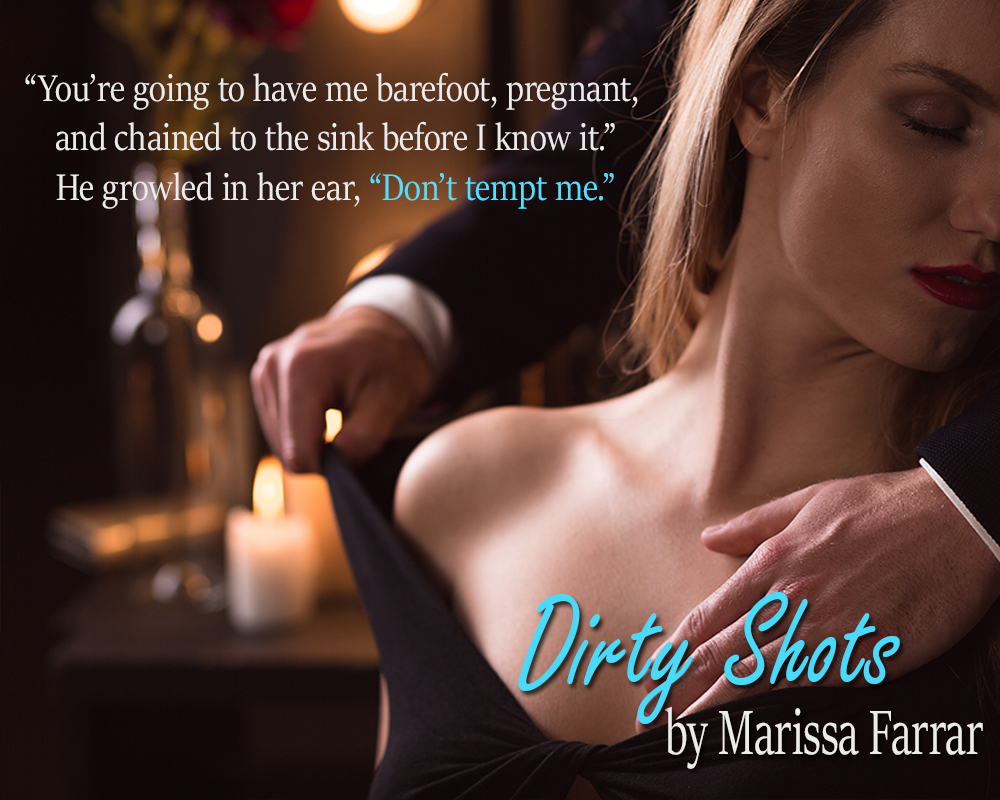 He adjusted the lighting hanging from the rail on the ceiling and then picked up his camera. He started with shots of her face, one cheek crushed against the white paper-covered floor, her eyes wide and innocent, portraying her vulnerability. Such contrast to the pose she was in. He moved to her back and hands, taking shots of the metal bound around her slender wrists.

Finally, he moved the camera to aim between her thighs, at the way her spread position exposed her pussy and ass to him in all their perfection.

“Are you going to fuck me like this?” she asked out of the blue.

He lowered the camera in shock. “That isn’t what this is about.”

She twisted her neck as best she could and locked eyes with him. “What if that’s what I want this to be about?”

But he didn’t know what he was going to say. Surely he didn’t intend on telling her no? The position she was in, with her cheek pressed against the floor, her ankles forced apart, her perfect heart-shaped bottom pushed into the air, was just ripe for fucking hard. Between her slender thighs, the swollen lips of her vulva peeped out. He didn’t think he imagined the sheen on her pussy or the inside of her thighs.

His balls ached and his cock lengthened in his pants. Her gaze shifted, resting on the increasingly obvious bulge in his crotch.

“But I want to be that kind of girl,” she said. She spread her ankles wider, pulling the small chains between the spreader bar taut. The metal clinked in response. The position widened her stance, her thighs even more spread than before, exposing the star of her asshole and the delicate inner folds of her pussy.

Fuck it. He might want to be a professional when it came to his photography, but he was still a man.

Marissa Farrar has always been in love with being in love. But since she’s been married for numerous years and has three young daughters, she’s conducted her love affairs with multiple gorgeous men of the fictional persuasion.

The author of more than twenty novels, she has been a full time author for the last six years. She predominantly writes paranormal romance and urban fantasy, but has branched into contemporary fiction as well.

She loves to hear from readers and can be emailed at marissafarrar@hotmail.co.uk and to stay updated on all new releases and sales, just sign up to her newsletter! http://forms.aweber.com/form/61/19822861.htm