Living in the Shadow of Domestic Goddesses

November 26, 2017   Tags: domesticity and the writing life
Category: Blog   Comments Off on Living in the Shadow of Domestic Goddesses 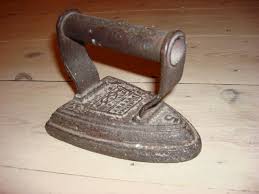 Our little cul-de-sac community of twelve houses begun a tradition about two years ago of having a pot-luck a couple times a year, the venue being at the home of whoever is willing to volunteer their house or garden. Last night we had a little pre-Christmas get together in Number 4. But we were asked only to bring drinks. Our hosts were originally from South Africa, and made up enough delicious lamb and chicken curry to serve everyone in the community and then some.

Their home was spotless and warm, in spite of half a dozen grandchildren milling about. The atmosphere was welcoming and comfy, and the food was to die for. It was a really nice evening, and a great time to catch up with the neighbors. Still, I don’t mind saying I came away feeling just a little bit jealous, and here’s why.

While I look fairly well-adjusted to most people, and I can pull off the ‘normal’ act pretty well after years of practice, the sad truth of the matter is, I live in the intimidating shadow of a long line of domestic goddesses. It’s a burden I bear as best I can. And the women in my family have bucked up well in spite of the blight on the family name. They love me anyway. Still, there’s no denying it. I just didn’t get it … the domestic gene. It’s not my fault! You get what you get, don’t you? Alas I just didn’t get any of that nesty, homey, Suzie Homemaker stuff in my genetic soup bowl.

My mother could have moved into a cowshed and within a few hours, a few days at the most, made Martha Stewart herself proud. Me, I’m more the type to move into a nice flat and adapt to whatever the previous resident’s version of interior design was. Does repainting everything to my own taste ever enter my mind? Nope! Does buying new curtains and placing pictures tastefully on the wall ever enter my mind? Only if there is a spot that needs to be covered. It’s not that I’m a pig or anything. I’m not even a slob. I’m just oblivious.

I know there are women who actually enjoy housework. But I’ve never been able to see what there is to enjoy. And
what’s the point? Don’t give me all that satisfaction of a job well-done rubbish. Even if I wanted to do it well, I couldn’t. It’s not genetically possible. My efforts, no matter how earnest, are always mediocre at best. My mother and sister, even my sister in-law, and my nieces could cook a three course meal for a family of twelve in a kitchen smaller than a shower stall and dirty only one pot. My kitchen is considerably bigger than a shower stall, and there are barely enough dishes in my house to make pasta and a salad for my husband and me. No, it’s not a shortage of cookware; it’s a shortage of domestic savvy.

Oh, I took home economic classes like all girls my age were forced to when we were in school, and I even passed the courses, but I think it was because the teacher took pity on me, or maybe she took pity on herself because she didn’t want me back in her class again. Don’t get me wrong, I can cook a decent meal. I’m the queen of healthy meals in under thirty minutes. I can run a vacuum through the centre of the living room to get the crunchy bits off the carpet. I can iron the biggest wrinkles out of a shirt without ironing too many more new ones back in with my efforts. I can sew on a button and even get the blood stains out of the shirt afterward from the needle wounds in my finger. But I lack finesse, I lack enthusiasm, I lack that certain domestic spark that the other women in my family just naturally have.

My sister would say my gifts lie in other areas. And she would say that while whipping up a batch of cookies between ironing creases in her jeans. I love to go to her house. It always feels like someone just freshly unwrapped the package. And the cool thing about my sister’s house is that she manages to make it look clean, smell like freshly baked cookies and feel comfy and welcoming all at the same time. If I ever manage to get my house clean enough to meet the standard and make it smell like freshly baked cookies, the resentful scowl with which I would answer the door and the deep beetling of my brow from all the effort that doesn’t come naturally would go a long way toward canceling out the comfy and welcoming feel I was aiming for.

It’s a good thing I can write, because I can’t sew, crochet, make tasty canapés or do any of that homey artsy stuff.

Fortunately the women in my family have never held my genetic short-comings against me. They love me anyway. I’m
glad, because they do that – loving me for who I am — even better than they do domestic stuff, so I came out okay in the end. And really, I think it’s an excellent trade-off, the domestic gene for the writing gene. I’m not too warped from my dearth of domesticity, and the writing gene has made me almost completely self-entertaining. I’d say I’m a bargain.