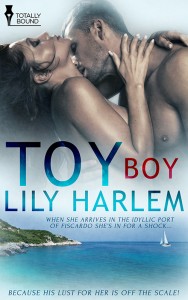 I love the change to have my Brit Babe sisters over for a chat to catch up on all the news and gossip, and it’s totally my pleasure to have my dear friend, fab writer and partner in naughtiness, Lily Harlem, with me today. Welcome, Lily!

Hi Kd, thank you so much for inviting me to your blog today. Normally we’d clink glasses of Pimms this time of year and dine on strawberries and cream, but I’m going to switch that to a shot of ouzo and a spread of meze. Yes, that’s right, we’re off to Greece! Pack your sandals and sun cream, your bikini and lip balm and be sure to bring your camera…

Greece is the setting of my new summer romance Toy Boy. I adore Greece, Mr H and I travelled there several years ago and I can’t wait to go back. It’s the colours that stayed with me the longest. I’ve never seen such blue blue, green green or white white. Which might sound crazy but really and truly that’s what it’s like.

Here’s a picture of some cats I took when we’d finished lunch one day in a small harbour we’d sailed into, even a stray

cat picture is full of colour!

I say sailed into because we were lucky enough to go sailing around some of the islands in the Ionian Sea which is what Sullivan and Kay do in Toy Boy. But unlike Sullivan, Mr H isn’t an expert sailor! However, we did have some instruction and we’re part of a flotilla so by the end of the week we were learning the ropes (pun intended) and actually getting pretty confident. Here’s a couple of pictures taken on our travels. 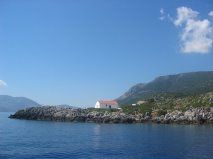 We stayed in a different port every night but started and ended our holiday in the small fishing village of Fiscardo. I’ve used this location in Toy Boy as it was one of the prettiest places I have ever been to. The harbour, the small restaurants, the people it all took my breath away. The flora and fauna was beautiful too and as I sit here writing this I can remember the feel of the sun on my shoulders and the breeze in my hair.

I’ll leave you with this lovely picture of the sun setting over the island of Ithaca. Thanks for reading and I hope you’ll check out Toy Boy and have a trip to Greece in your imagination. 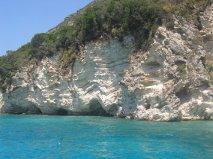 Getting something unexpected can be a shock, but it can also be a wonderful treat, if you allow yourself to indulge, that is.

Kay is bubbling with excitement. She’s booked a sailing holiday of a lifetime in Greece with a man she’s fallen for hook, line and sinker. They met on the Internet. She’s from Oxford, he’s from Washington State. She’s a business lecturer, he runs his own successful business.

They’re perfect for each other, and she can’t wait to meet him and spend time in and out of his bed, allowing him to seduce her for real and not just with softly spoken words over the telephone.

But when she arrives in the idyllic port of Fiscardo, she’s in for a shock. There’s a reason Sullivan’s photographs were grainy, and it’s not because he’s sporting a potbelly or balding as she’d suspected. It’s because he’s

over a decade younger than her and could rival any Greek god in the looks department. What’s more, his sex appeal and lust for her is off the scale.

Should Kay take what she can with her ‘toy boy’ and have some fun in the sun or hop on the first plane back to England? It’s a tricky decision for a woman who believed she couldn’t be surprised by life anymore.

Buy from Totally Bound and all other good ebook retailers. Links here. 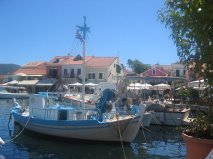 I’d heard the words Sullivan had spoken but could hardly believe them. Not that they hadn’t been expected, just that finally, after a year of long-distance communication, we were going to meet face to face.

His voice was lusciously low and sexy. We’d started out chatting online, so when I’d first heard it for real, over the

phone, I’d been seduced all over again. Not only could he write words that turned me into a heap of mush on the sofa, he also spoke in a way that made me want to rip off my clothes and rub myself all over him.

“Thank you,” I said, twirling my wedding ring around my finger. “But are you sure? It sounds so expensive.”

“It’s not, and if I’m skippering, that makes it a fraction of the cost.” He paused. “Kay, I’ve been looking forward to meeting you for so long, please, let me have this.”

I hesitated and stared at my reflection in the window. Twilight was stealing the day, and light from the lone candle flickering on the sill bounced off the glass.

A fluttering in my stomach sent excited sensations up to my chest and down to my pelvis. It had been so long since another man had made me giddy with anticipation. I’d lost Thomas five years ago. He’d been the love of my life, my soul mate. Then one day, he was gone.

Killed in a car crash—head-on collision.

“You haven’t been treated for a while. I get that, and before you say it, I know you can afford it, but I want to do this.”

I tipped my chin and took a deep breath. “In that case, thank you. I’ll organize my flight. And I can’t wait to see you in Cephalonia. It’s going to be…awesome.” I tried out one of the new words I’d picked up from his vocabulary.

“Yeah, awesome.” He’d put an extra strong American twang to his accent. “And don’t worry about a thing. I can manage a thirty-two-footer, no problem, and this will be the fourth time I’ve navigated around the Ionian Islands.”

“So you keep telling me.” I smiled. He’d been talking about us taking a sailing holiday for a while. He was a keen sailor, whereas I was a novice and a bit nervous, if I was honest. But I guessed he was looking forward to flexing his muscles in front of me and showing me just how in control of the wind and the ocean he was—the Neanderthal in him was trying to get out, or so I suspected. 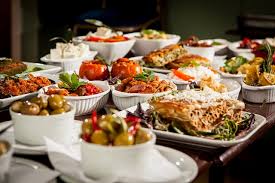 “The wind picks up in the afternoons,” he went on, “so we can have late nights, lazy mornings and hit the waves after lunch.”

“If that’s the best time to hoist the sails.”

“Oh yeah, that’ll be the best time.” He chuckled. “Listen, I have to run. A meeting with my finance director is calling.”

“Oh, of course.” When we got chatting, I often forgot about the five-hour time difference between Oxford and New York. “I’ll talk to you tomorrow and see you next week.” I bit on my bottom lip. Sullivan was really going to be in front of me—next week—to touch, kiss, join in bed. Late nights, he’d said. Late nights, just the two of us, naked, letting our desire spill out and doing the things we’d talked about when our conversations had gotten frisky. Which they often did, much to my delight.

“Sure thing, baby. Catch you tomorrow.” 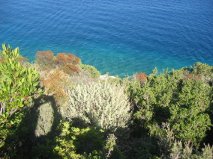 I set down my phone and flopped onto the sofa. I had a small round table set next to it that held my glass of wine and the one photograph Sullivan had emailed me. It had been taken in Central Park several Christmases ago, so he’d said. It was evening, and shadows sliced over his body and face, the night embracing his image. He wore a hat against the cold and a scarf muffled up to his chin. His collar stood tall, just stroking his ears, and a puff of cold air hung before him.

I wished it were a clearer photograph. I’d asked him for another one, and he’d said he would but had never gotten around to it. The one I’d sent him, of me in the garden by my rose bed, was perfectly clear. I’d been wearing a sun hat and holding my secateurs, and the shot was natural and bright. I thought it best to let him see me for how I was, rather than trying to dress to the nines then Photoshop away the wrinkles. Not that I was old or didn’t scrub up okay—I did. I just wanted to look like myself. 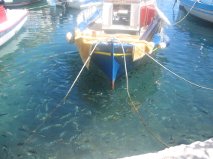 Sullivan had gone for moody and atmospheric with his shot. I couldn’t even make out his hair color because of his winter beanie, or the exact shape of his mouth because of his scarf. But his eyes were gorgeous—sparkling and sexy and staring straight at the camera, straight at me.

I couldn’t wait to see him for real. He was always so kind and gentle with me. I’d told him all about Thomas and how broken I’d been after his death. He’d listened on the phone for hours and sent me long, sensitive emails when I’d told him it was an anniversary or birthday. He understood grief. He got how much of a deal this was for me—to be entering a relationship with someone else when I’d believed there would only ever be Thomas in my life.

“Kick off your shoes, shed your clothes along with your inhibitions and indulge yourself in a sensual adventure.” 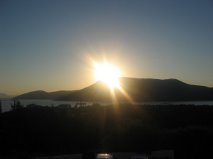 “What can I say but off the charts HOT!”

“Another fantastic book by Lily Harlem, she does such a great job on describing the characters and the place I could smell the sea and felt like I was on an island in Greece.”

“A new romance book by Lily Harlem – no other words are needed, you just know it’s going to be fabulous.”

“Simply a beautiful, sexy, smile-inducing story that you will want to read over and over.”

“An absolutely perfect book to read whilst pool side or lounging on a sun deck.”

Oh the sun, the sea, the sex! Lily has a way of writing that puts you in the book. Her descriptions of Greek Islands had me day-dreaming I was on a boat, feel the wind and sun on my face, could smell the charcoal fires from the harbour side café’s and taste the olives and wine. 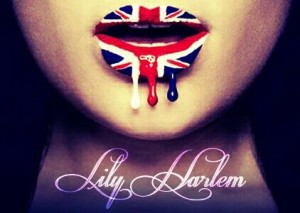 Before turning her hand to writing Lily Harlem worked as a trauma nurse and her latest HarperCollins release, Confessions of a Naughty Night Nurse, draws on her many experiences while nursing in London. Lily also self-publishes and The Silk Tie, The Glass Knot, In Expert Hands and Scored have been blessed with many 5* reviews since their release.

Lily writes MF, MM and ménage a trois, her books regularly hit the #1 spot on Amazon Best Seller lists and Breathe You In was named a USA Today Reviewer’s Recommended Read of 2014. Her latest MM novel is Dark Warrior.

Lily also co-authors with Natalie Dae and publishes under the name Harlem Dae – check out the Sexy as Hell Box Set available exclusively on Amazon – The Novice, The Player and The Vixen – and That Filthy Book which has been hailed as a novel ‘every woman should read’.

One Response to “Lily Harlem Talks About Her New Summer Romance, TOY BOY”