Those who say online friendships don’t count/ aren’t real/are of less value than others, are – in my book – wrong. 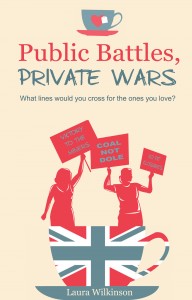 I was quite late to Facebook; I joined in 2007,abandoning MySpace along with the droves, but for at least five years I had few friends and posted irregularly to say the least. I was even slower off the mark with Twitter, only joining because my first publisher suggested it. However, I took to Twitter like the proverbial duck and enjoyed hours of chatting and joking and information sharing with my new Besties. My family might have enjoyed this period a little less, but, hey, there are always winners and losers. As my love affair with Twitter grew in intensity, ironically, I fell in love with Facebook too. Like most of us, my love is not of a fixed capacity.

There were tweeps I spoke with more than others, and it wasn’t long before plans to meet face to face were hatched. I have become ‘real’ friends with over half a dozen people I met online and ‘real’ acquaintances with many, many more. Of course, geography has played its part. I’ve not hooked up with tweeps in Australia, the US or Croatia, though I do know those who when travelling have done this, and perhaps one day, I might too.

I consider myself lucky to have so many good, solid friends, real and virtual. Not everyone does. My lead in Public Battles, Private Wars, Mandy, has enemies as well as friends and she finds both in the most unexpected quarters.

Writers are a friendly bunch, supportive and kind, rarely competitive, and forums like Facebook and Twitter suit most of us very well indeed. I met the lovely KD on Twitter and I’ve met her in real life (just as lovely there). So, here’s what I say to those who say virtual friendships are shallow: Don’t be a Twerp, come join the party.

Miner’s wife Mandy is stuck in a rut. Her future looks set and she wants more. But Mandy can’t do anything other than bake and raise her four children. Husband Rob is a good looking drinker, content to spend his days in the small town where they live.

When a childhood friend – beautiful, clever Ruth – and her Falklands war hero husband, Dan, return to town, their homecoming is shrouded in mystery. Mandy looks to Ruth for inspiration, but Ruth isn’t all she appears.

Conflict with the Coal Board turns into war and the men come out on strike. The community and its way of life is threatened. Mandy abandons dreams of liberation from the kitchen sink and joins a support group. As the strike rumbles on relationships are pushed to the brink, and Mandy finds out who her true friends are. 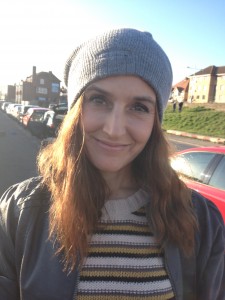 Here are a few buy links:

And there are SIX copies up for grabs in a giveaway over at Goodreads: https://www.goodreads.com/book/show/21488069-public-battles-private-wars

You can find out more about Laura and the novel, including Book Group Questions, here: http://laura-wilkinson.co.uk