Kate is giving away a $10 Amazon GCduring the tour. Please use the Rafflecopter below to enter. Remember there is a chance to enter everyday so be sure to follow the Blog Tour. You may find the tour schedule and locations here https://bit.ly/2G1mPye

About Fangs and Fists 3: Victor: 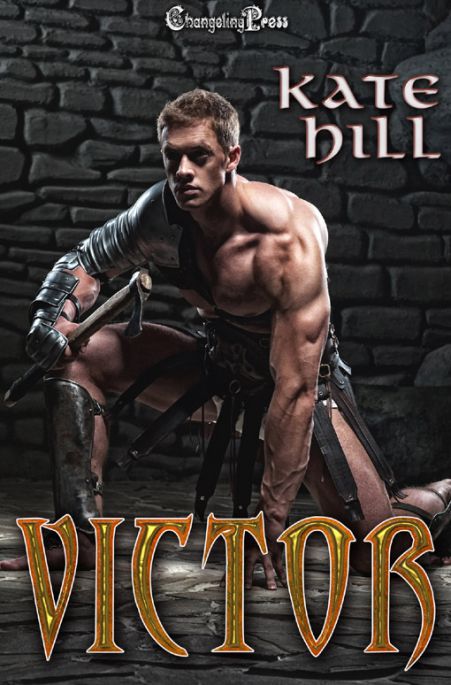 Werewolf gladiator Victor vows to escape captivity by demons or die trying–which nearly happens when his latest opponent takes him by surprise.

Jolanda is a member of a secret pack of wolf witches who want to free their kin from the dreaded demon tower. Strengthened by the power of her pack, she defeats Victor in the arena and demands that he be given to her as a mate.

Alone, they surrender to their overwhelming lust for each other, but Jolanda needs him for more than sex. She’s been sent to rescue the captive wolves and Victor is the Alpha she needs to help her. Together he and Jolanda plan a mass escape from the tower, hoping to strike a blow the demon masters will never forget.

Will work on the entire cart, as long as there’s one Kate Hill book in the cart.

Only at Changeling Press

Two demon guards clad in black body armor entered the barracks. Their red eyes glowed behind dark face shields. They approached Victor and one guard said, “Get up and come with us.”

All the guards sounded and looked alike. They were even the same height and body structure.

Victor knew better than to refuse. There would be no point in fighting, even if he was so inclined.

He guessed he would be going to one of two possible places. It would either be the punishment chamber because he’d killed Slate too quickly or — and this was more likely — to the demon masters who had bargained with him to kill for their entertainment.

The guards brought Victor out of the barracks and down a steel corridor to an elevator at the end. They boarded it. Except for the soft whir of the elevator descending, there was silence.

It stopped with an almost imperceptible lurch. The door opened and Victor, accompanied by the guards, stepped into a spacious room with an enormous glass ball in the center of it. Several couches surrounded it. While the upholstery resembled leather, Victor’s sense of smell told him the couches were covered with material that hadn’t come from any four-legged animal.

He’d been in this room before. Here, the demons had bargained with him for the lives of his fellow gladiators, their mates, and their cubs. Here, he’d traded his integrity and his soul for their lives.

The guards disappeared into dark corners of the room.

Since he had no intention of sitting on the foul furniture, Victor stood near the glass ball and waited.

The ball glowed faintly at first. Then it brightened. From within, two demon masters — one male and one female — stared at him. He knew they weren’t actually there. The ball was similar to television. He could see and hear them, but they were far away.

The male had ink-black, elbow-length hair. Tall and slim, he was dressed from head to foot in red. The female had short white hair. Her skin was nearly as pale as her form-fitting white dress. Both demons stared at him with black eyes.

“Your game has improved, Victor,” said the male, “but I’m afraid you still haven’t mastered the art of performing. Your kills aren’t entertaining enough, but for now that’s beside the point. We haven’t called you here to critique your style, but for another reason.”

“We have something special planned for you,” the female continued. “There’s a new contender in the tower — one who has seen you fight and wishes to face you in the arena.”

Other Books in the Fangs and Fists Series: 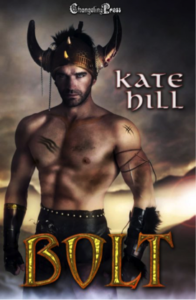 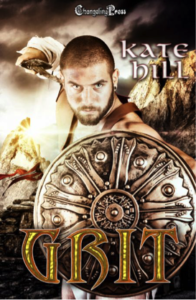 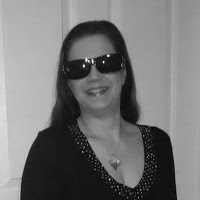 The child of a painter and a psychic dreamer, Kate Hill feels spirituality and storytelling go hand-in-hand. She loves the scent of gardenia, the sound of wind chimes and the taste of honey. By listening to what isn’t said, she creates works based on unspoken desires. Kate prefers blurred gender lines and many varieties of romance. In a world where passion must at times be restrained, she believes erotica is a pleasure to be shared. With her stories she would like to make her fantasies yours and hopes you enjoy the ride. She also writes under the name Saloni Quinby. Please visit her online at:

Silent Sexual Heritage → ← Stuck and What Comes After

One Response to “Kate Hill Launches Fangs & Fists 3: Victor with a Giveaway”