Interview with a Demon: Part 6 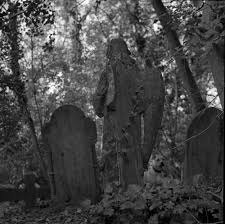 Due to his escape-proof prison and the promise to his jailor, I have not yet been totally possessed by the Guardian. Yes, I know that’s black humour, and I should probably touch wood. Being with him continues to be very unsettling, and it becomes more so as his story unfolds. The one thing I hadn’t considered in this interview is that a demon might actually be frustrated.

If you are coming to these interviews late but would like to catch up, follow the links below this instalment.

I wish that I could have disagreed with the Guardian, but I don’t know what I would have done imprisoned in stone for millennia, how I would have felt. I’m not patient when I have to wait a long time for a bus with nothing to read. Anyway, it didn’t matter. He didn’t give me time to dwell on it. But then I suspected he already knew the answer whether I did or not. Instead he picked up where we had left off as though there had been no interruption.

“Annie immediately made an offer, which was accepted just as quickly. I’m certain the sellers just wanted to be rid of the place, evil as it was.

“In all fairness, there had been no other perspective buyers who had given the place any real consideration, though I had a great deal to do with that, I confess. I told you I choose wisely and very carefully. At the time, I had no idea just how well I had chosen.

“You see, Annie Rivers was an estate agent herself by trade – a very good one, who could afford to buy and renovate what she was already affectionately calling Chapel House from the moment she took possession of the keys. She was, by your modern day standards a true beauty with hair that glistened golden in the sunlight and eyes that were cerulean blue. From the moment I first had her all to myself I was jealous of anyone who had kissed those full lips. I was jealous of anyone who was capableof kissing those lips, of touching her, of holding her. You must understand I could do none of those things, not in the sense of true flesh and blood. All I could do was make her believe that I touched her, that I kissed and caressed her, make her desire me to do so more than anything in life. Well that is what I would have done had I been free. As it was, in my imprisoned state, I could do little more than observe her, be near her, give her intimations of well being, of arousal, of being loved and desired. Because she was beautiful anyway, because she was desired and loved, all I could really do was enhance those sensations. Oh, KD, you cannot imagine my frustration at not being able to give her more.”

The idea of the Guardian actually giving Annie something when I knew what his attention had cost her and what the end result would have been without Susan’s desperate and dangerous intervention seemed totally absurd. He was silence for a moment, as though he waited for the response I only thought. I chose not to consider the disturbing likelihood that he already knew those thoughts.

When he continued he stood to pace once more, the chair he’d been sitting in vanishing as he did so. “No, I am not an 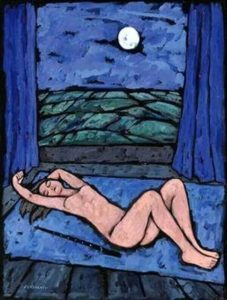 incubus. As I said I am only a guardian spirit, but one who has, over the ages, become very much underestimated. Demon, some would call me, but debating my true nature would simply be splitting hairs so long after the fact, so long after what I’ve become, what I’m still becoming. You see, while I would have loved to possess my Annie, to enter into her body and experience the pleasures of her flesh as she herself did, I learned long ago that to do so with a mortal is to hasten their death. Oh, I’ll admit that there are those whose deaths are of little consequence to me, but the pleasure of possessing their flesh for that brief time before they can no longer serve as a vessel for me is so fleeting that it’s hardly worth the effort, nor the unwanted attention it brings to me.

“So I am reduced to eliciting the emotions, the sensations, the bodily needs in another and living them vicariously. To do so means that I may savor those I choose. I may linger with their pleasures and pains and passions until they become too weakened to please me further or until I become bored with them. Then I leave them their lives to do with what they will. Sadly most don’t choose to live once denied my attention, but thus is the curse of what I have become, of what my needs have made me. I suppose you could say, if you were to speak in human terms, that I am as addicted to humanity and its pleasures as those I choose become addicted to me. And Annie, my dear beautiful Annie, was strong, resilient, with a sharp wit and a hunger for life that could not but attract me to her like a loadstone. And though I cannot take credit for what might have been had I remained so imprisoned there in Chapel House, I can say that Annie would have lived a long and happy life there with me, for I would have been able to take so little of her, while always giving enough back to keep her happy and contented, even healthy and young beyond her years. That would have been the gift from my imprisonment at the expense of my perpetual frustration.” He settled once again in the chair that appeared instantly as he did so. “I suppose you could say that my imprisonment forced me to monogamy and fidelity, knowing full well, as I did, that it was not likely I should find another to companion me at Chapel House any more easily than I had found Annie.

“So, with thoughts of a long and happy, if frustrating, relationship with Ms. Rivers, I set about drawing her to me even before she moved into Chapel House. Oh I was very subtle. I approached her with the greatest of care and tenderness not wanting to frighten her. I wanted, indeed I needed, for her to desire me as I did her. And she was not a skittish milquetoast of a woman, fearing ghosts and ghouls and anything that could not easily be explained away. In fact she invited that which she did not understand. She longed for ghosts and apparitions and things that go bump in the night. From the very beginning my darling Annie all but begged me to be real, all but flung open the doors to her inner workings and invited me in. Imagine my frustration at not being able to fully accept her gracious invitation.

“While she brought workmen in to give her estimates, she joked with them about Chapel House being haunted. She relished making them uncomfortable as she told them that sadly there were now no corpses in the crypt. Why, she told one jumpy electrician, she had only recently sent the last of them off to the Museum of London. Then she laughed that delicious throaty laugh of hers, and I shall never forget what she said.” And here he startled me again by speaking in

Annie’s voice. ‘“Of course all the corpses are long gone, but someone ishere. There’s a very definite presence. I’m sure of it. I can feel it.’ She wrapped her arms around herself and sighed with such pleasures that I had wished with all my heart I’d had flesh at that moment for I should have embraced her with such delight. You see, I had been so careful not to frighten her, so careful that in my presence she should only feel welcomed and safe, and yet here was a woman longing for what would terrify most as much as I longed to give it to her. It was that day, as she left with the electrician, chatting about mood lighting for the bathroom, I resolved to find a way to make myself known to her when next she came to Chapel House. Happily I didn’t have to wait long.”

Face Time: Do We Need It To Truly Know Someone? → ← Dana Marton Launches Threat of Danger with a Great Giveaway

One Response to “Interview with a Demon: Part 6”